Ostracism - being ignored, excluded and rejected by others - can occur in the family, workplace, school, religious groups, organizations and elsewhere [1-6]. Although it is commonplace to acknowledge that experiences of social rejection are painful, recent neurological studies suggest that the detection of ostracism activates the same region as physical pain [7-9]. In one neuroimaging study, scans were obtained of participants while being excluded in a virtual ball-tossing game. The scans showed that the anterior cingulate cortex (ACC), a region also responsive during physical pain, was more active during exclusion than during inclusion and was found to be directly associated with the level of self-reported distress [7].

Reports of shared circuitry underlying physical and social pain do not mean to suggest that these experiences are interchangeable. We know this from experience, since we can clearly differentiate between the pain of a stubbed toe and that of a social snub [8]. For example, while individuals can relive the pain of social rejection or betrayal, they are less capable of reliving the pain of physical assault or injury [10]. However, the similarities between felt and experienced pain deserve further attention to better understand the ways in which their neurological and neural substrates intersect [8].

Work on the neurobiology of rejection has hinted that those regions of the brain that govern the affective component of physical pain may underlie both experiences. It was found that strong negative emotional events that elicit feelings of rejection such as breakups tap brain areas that are related to physical pain, for instance when people are shown pictures of their ex-partners [9]. In an analysis of 500 MRI studies these same authors found that the secondary somatosensory cortex and dorsal posterior insula were responsive to both physical pain and rejection [9].

The immediate reactions to experimentally-induced manipulations of ostracism routinely show that people feel threats to four fundamental psychological needs: belonging, self-esteem, control, and meaningful existence [11,12]. Ostracism studies using the Cyberball computer manipulation have been tested in many countries, and suggest that these effects are generalizable across cultures [13]. Research has also shown that ostracism can lead to provocation and aggression [14-16], decreased prosocial behavior [17] obedience [18] and the feeling that life is meaningless [19]. In addition to these immediate effects on threatened needs, downstream behaviors also change. Nevertheless, it remains unclear why ostracism evokes such responses.

One possible explanation was formulated by Bauman [20] who argued that ostracism is "social death" [21-23]. In other words, the experience of ostracism evokes thoughts of death and these thoughts may lay the groundwork for ostracism effects. Support for this putative relationship between feelings of social death and reactions to ostracism come from findings reporting associations between death anxiety and troubling experiences in close relationships. Specifically, when participants were asked to think of problems in their romantic relationship, death thoughts were more readily accessible [24]. These authors also found that making mortality salient led to higher reports of romantic commitment and that the contextual salience of thoughts about romantic commitment reduced the effects of mortality salience. In another article these same authors found that death reminders heightened the motivation to form and maintain close relationships [25]. The maintenance of close relationships was suggested to provide a symbolic shield against the terror of death, whereas the breakup of close relationships resulted in an upsurge of death awareness.

Although studies have suggested that individual personality differences such as self-esteem and level of extraversion do not moderate the immediate effects of ostracism [5,23,24] this is not the case for attachment orientation [26,27]. This could be because attachment is thought to be a socially oriented survival-based system. It is claimed that humans have coped with survival-based problems by seeking the help of others [28]. Thus, ostracism may constitute a threat because it acts as an exclusion mechanism and is related to social separation anxiety. Attachment orientations may be linked to reactions to ostracism because the social connections formed in early childhood with the attachment figure affect later sensitivity to attention and inclusion by others. Yaakobi and Williams [26,27] for instance found that attachment anxiety and avoidance moderate the negative effects of ostracism and that recalling an attachment event that is consistent with one’s attachment internal working model moderates the negative effects of ostracism.

Because ostracism is so painful and affects so many people, clearly more studies should be conducted to achieve a greater understanding of its cognitive, behavioral and neuropsychological underpinnings, as well as to identify the coping mechanisms that can lessen its negative psychological consequences. 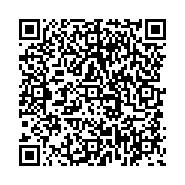