Copyright: © 2019 Hien PT, et al. This is an open-access article distributed under the terms of the Creative Commons Attribution License, which permits unrestricted use, distribution, and reproduction in any medium, provided the original author and source are credited.

Violence in health care settings becomes a concern worldwide. However, the problem is still under researched in Vietnam.

Objectives: To calculate the prevalence of violence against nurses and associated factors in the national children hospital.

Subjects and methods: A cross sectional study included 317 nurses from January to December of 2017. The questionnaire was contributed from the question tools of the International Labour Office, the International Council of Nurses and the World Health Organization.

Results: The prevalence of workplace violence in nurses was 72.7%. More than 75% of nurses experienced violence, and verbal abuses were the most common. Around 25% of participants were victims of physical assaults. The regression analysis showed that nurses working in the emergency department and Outpatient clinic were 1.92 times more likely to suffer verbal abuses than those working in other departments. They also were 3.02 times significantly more likely to have physical violence.

Conclusion: Violence mostly occurred in the emergency department and outpatient clinics. Verbal abuses were the most common.

Recently, violence against health care workers has been increasing in many countries. Research showed that violence in workplaces such as verbal abuse, and threatened or actual physical violence, is an important challenge faced by physicians and nurses in the hospitals. They frequently have to contact with patients who suffer illnesses and pain, and aggressive visitors who are worried about their relative patient conditions. Besides that, caregivers are usually anxiety and may be depress due to profound problems in finance, work leaves and health [1,2]. Violence in workplaces can lead to stress and mental health issues. Moreover, it contributes to the reduction of work outcomes and increases of service cost. Systematic study summaries that cost of treatment for a nurse after suffering violence may go up to 31.643 USD [1].

Despite of the problem, there has been little data on the issue in Vietnam. Overload in hospitals as well as poor infrastructures are told to relate to the problem of violence in many hospitals in the country. Many nurses said that they have stress, depression and traumas after violence, but the legislation barriers and protection policy are not strong enough to protect health care workers. It is needed to conduct a research to clarify the problem and related factors.

Inclusion criteria: Nurses work in the Vietnam National Children’s Hospital, and agreed to participate in the study.

Exclusive criteria: Nurses do not agree to participate to the study nurses have less than 6 months of working.

Sample size: Used the simple random sampling to calculate the sample size, with the prevalence of violence were of 0.75 (Ucmak 74.5%) with 95% of confident interval and deviation of 6% [3]. The calculated sample size were 288 with 10% of participants were assumed to miss, the final sample size were 317 nurses.

associated factors, magnitude and results of violence, perpetrators' details, history of additives of perpetrators, overload of the hospital, the transparent in finance and services, communication, culture, language and behaviors of nurses, waiting time, safety in the workplace.

Data was cleaned and analyzed by SPSS 20.0. Pearson’s chisquare analysis was used to test the differences in exposure to physical and non-physical violence. Odds ratios and 95% confidence intervals were used to assess potential associations using logistic regression model.

The research was approved by the IRB of Hanoi University Public and the Vietnam National Children ’ s Hospital. The decision was made (220/2017/YTCC-HĐ) in March of 2017.

317 nurses of Hospital participated in the study. The majority was females (89.3%); participants with bachelor and under bachelor levels were similar (42% and 43% respectively), 1.7% nurses had postgraduate level. It was about 49% of nurses under 30 years old.

The study results according to Table 1 indicated that 87% of nurses exposed to verbal abuses, and 17.33% were bit or pushed; around 3% were chasing and threated by weapon.

There were 26.61% of nurses did not say or want to talk about the violence they suffered (Figure 1). Figure 1: Reactions of nurses after violence.

62.4% of nurses reported to the head of the departments they worked. Only 18.8% called the police or security of the hospital.

The result showed that the prevalence of workplace violence in the Vietnam National Children ’ s Hospital in 2017 were considerable high (72.7%). The prevalence of non-physical assaults was higher than the one of physical assaults (65.3% and 30.7% respectively). 87% of nurses exposed to verbal abuses, but only 29% were threats. 17.33% of nurses were bitten or pushed, and a small number of around 3% were chasing and threated by weapon. Our numbers were similar to those of Pai & Lee and Park et al. [4-6]. Other research in Vietnam from Ha The Tuan and Nguyen Thi Bich Diep showed smaller prevalence of verbal abuse than ours. That could be explained by the different samples from different hospitals. Ha The Tuan and Nguyen Thi Bich Diep collected data from local health care units from different provinces to major hospitals [7,8]. Our sample represented to the nurses working in the National children hospital. The prevalence of verbal abuse and physical assaults in our study were smaller than those of Pinar and Ucmak from the emergency department in Istanbul (91.4% and 74.9% respectively) [3]. The differences were due to the different samples. The Istanbul research collected data from the emergency department where the risk of violence was the highest.

Our findings indicated that perpetrators from caregivers and families were high than from patients. 2% of perpetrators were from patients, which were significantly smaller than those from the study of Saudi Arabia (71.5%) [9], Fisekovic Kremic from Serbia [10] and Ebrima from Gimba [11] (33.6%). Patients in our study were children, and most of them under 6 years old. That why the percentage of violence perpetrated by patients was low.

The study showed that violence in emergency department were the highest (50.5%). That were similar to other research such as the study of Ebrima in Gambia which reported that violence were common in Emergency and Outpatients clinics [11].

Our findings indicated that age and gender did not relate to the risk of violence. Our results were different to others. A research in Egypt in 2006 found a relationship between violence and ages as well as genders [12]. Young nurses in Thailand had 80% higher risk of violence than older nurses [14]. Kitaneh and Hamdan found that nurses with less experience and those with lower education had a higher risk of suffering violence [13,14].

In this study, work shifts and departments related to the risk of violence. Nurses worked more than four nights had a higher risk. Working areas also related to the risk of violence. Nurses in emergency and outpatient clinics were two times more likely to expose to violence. Those were no different from other research. Jiao found the same association [15]. Our findings also indicated that nurses who did not communicate well were 2.3 times more likely to have violence (both physical and nonphysical assaults) (95%CI: 1.36–3.96, p=0.02).

The study also revealed that workplace violence affect nurses in term of physical and mental health. It was reported that 89.4% of nurses had stress, 92.7% had anxiety, 43.6% had depression, 41.7% had physical trauma, and 26.6% wanted to change their positions or jobs. Despite of the severity, a large number of nurses did not report to the police or securities. There were 26.61% of nurses did not say or want to talk about the violence they suffered. 62.4% of nurses reported to the head of the departments they worked. Only 18.8% did call the police or securities of the hospital. It might suggest that nurses were not protected well against violence. It was needed to strengthen the system to set up safer environments in the hospital.

The prevalence of workplace violence in nurses in the Vietnam National Children’s Hospital was 72.7%. Non-physical assaults were the most common. Around one fourth of nurses were pushed or bitten, the numbers of threats by weapons were small.

Nurses working in the emergency department and outpatient clinics were 3 times more likely to exposure to violence (3 times) as well as non-physical assaults (2 times). Communication was also related to workplace violence. 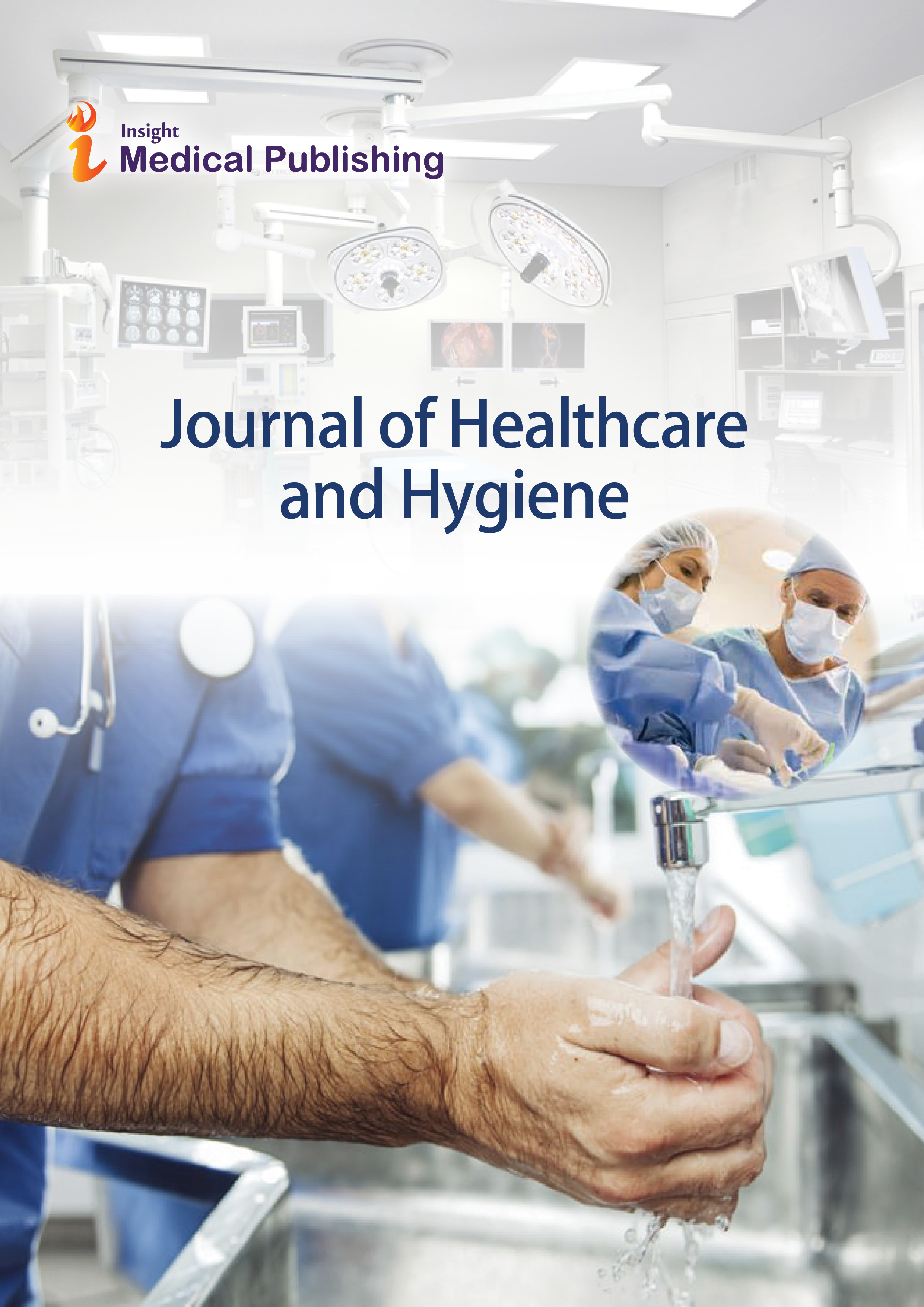