Teff (Eragrostis tef /Zucc. / Trotter) is a versatile cereal crop concerning adaptation for the diverse agro-climatic and soil conditions. For this reason, about 2.8 million hectares of land are cultivated annually, covering more than 28% of the total area annually under cereals in Ethiopia. However, its grain yield productivity level is generally low and equal to 1.15 Mg ha–1. Nitrogen and phosphorus nutrients are the major tef yield-limiting factors, the unbalanced and un-optimal fertilization of Ethiopian soils by applications of only DAP and urea (N and P containing fertilizers) for a long period has led to severe nutrient mining of the agricultural soils, particularly when the entire crop biomass (grain and stover) is removed from the land. Such low levels of tef yield are widely believed to be due to low soil fertility caused by low and unbalanced fertilizer application 1.

On the other hand, continuous application of DAP (Di-Ammonium Phosphate: 18%-46% N-P2O5) containing only Nitrogen (N) and Phosphorus (P) without due consideration of other nutrients is known to cause depletion of secondary and micronutrients. Recently, the agricultural extension program has promoted a blanket recommendation of 100 kg DAP and 100 kg urea/ha for all cereal crops and soil types but the actual application rate is 65 kg DAP and 45 kg urea/ha. The low and unbalanced fertilizers application together with poor soil fertility management is presented as the major cause for low agricultural productivity in Ethiopia 1. Under such conditions, the application of multinutrient blended fertilizers is acknowledged for being able to enhance the productivity and nutrient use efficiency of crops.

Recently, according to the soil fertility map Ethiopia soil analysis data revealed that the deficiencies of most of the nutrients such as nitrogen (86%), phosphorus (99%), sulfur (92%), born (65%), zinc (53%), potassium (7%), copper, manganese, and iron were widespread in Ethiopian soils. Similarly, Asgelil et al. found that the soil analyses and sitespecific studies also indicated that elements such as K, S, Ca, Mg and micronutrients (Cu, Mn, B, Mo and Zn) were becoming depleted and deficiency symptoms were observed in major crops in different parts of the country. Inorganic fertilizers have been an important tool to overcome soil fertility problems and are also responsible for a large part of the food production increases.

The drive for higher agricultural production without balanced use of fertilizers created problems of soil fertility exhaustion and plant nutrient imbalances not only of major but also of secondary macronutrient and micronutrients. Similarly 3,4 stated that the deficiencies of secondary macronutrients and micronutrients will arise if they are not replenished timely under intensive agriculture. Consequently, to overcome this problem, multi-nutrient balanced fertilizers containing N, P, K, S, B and Zn in blended form have been issued to ameliorate site-specific nutrient deficiencies and thereby increase crop production and productivity.

Having considered the problems outlined above, the Ethiopian government has been promoting the use of multinutrient blend fertilizers since 2015. The promotion of blend fertilizer follows from the results of the soil fertility survey and preparation of the regional nutrient deficiency atlas of the country under the Ethiopian Soil Information System project. To supply sulfur and Boron commercial fertilizer, DAP is replaced by NPSB. Since the composition of newly introduced fertilizer differs from that of familiar fertilizer (DAP), the appropriate rate is not determined, and insufficient information for Tef production in the study area. Therefore, this research aimed to determine the optimum level of NPS-B by supplementing N from urea for maximum yield of tef production and to determine the economically optimum level of NPS-B by supplementing N from urea fertilizer at Halaba district, Southern Ethiopia.

Description of the experimental area

The study was conducted during the 2019-2020 cropping season in the Halaba districts of Southern Ethiopia. The geographic locations of the experimental sites in Halaba (7°24’53.87” N and 38°6’55.54” E at an altitude of 1790 m.a.s.l.). The major crops are grown in the area where maize, wheat, sorghum, barley, tef, and pepper. The dominant soil type in the study area in Andisols.

The experimental sites were prepared for sowing using standard cultivation practices and were plowed using oxendrawn implements. The experiment was laid out in randomized complete block design with three replicates for each treatment and detail of the treatments (Table 1). The blended and phosphorus-containing fertilizers from NPSB and Triple Superphosphate (TSP) respectively were basally applied once at sowing to minimize losses and increase use efficiency. Tef (Quncho DZ-Cr-387 variety) was used. The nitrogen fertilizer from Urea was applied in the row two times; half at sowing and the other half during the maximum growth; between the third and fourth weeks of sowing, and at the full tillering stage. All other agronomic management practices were applied as per recommendation. The necessary data were collected at the right time and crop growth stage.

Economic analysis was performed to investigate the economic feasibility of the treatments. Partial budget and marginal analyses were used. Current prices of tef, urea, TSP and NPS-B fertilizer were used for the analysis. The potential response of crops towards the added fertilizer and price of fertilizers during planting ultimately determine the economic feasibility of fertilizer application 9. The market cost of tef was 42.00 Eth-birr kg-1. The prices for blended fertilizers NPSB, TSP and Urea were 20.50, 20.50 and 18.25 Eth-birr kg-1 respectively. The cost of other production practices like seed and weeding were assumed to remain the same or insignificant among the treatments.

Analysis of the Marginal Rate of Return (MRR) was carried out for non-dominated treatments, and the MRRs were compared to a Minimum Acceptable Rate of Return (MARR) of 100% to select the optimum treatment 9. The net benefit per hectare for each treatment is the difference between the gross benefit and the total variable costs. The average yield was adjusted downward by 10% to reflect the difference between the experimental field and the expected yield at farmers’ fields and with farmer’s practices from the same treatments.

Physicochemical properties of the soil

The soil particle size distributions of the experimental site were 63.1%, 21.3% and 15.3% sand, silt and clay respectively. Thus, the soil textural class of the soil was sandy loam. The pH value of the soil was 6.5 (1:2.5 soil: water). The soil pH has a vital role in determining several chemical reactions in influencing plant growth by affecting the activity of soil microorganisms and altering the solubility and availability of most of the essential plant nutrients, particularly the micronutrients such as Fe, Zn, B, Cu and Mn 10. (Sumner, 2000). The available P content of the soil was 11.2 (ppm). According to Olsen et al. 9. rating, the status of available P of both sites categorized under medium level (Table 2). The organic carbon and total nitrogen content of the experimental soil were (1.5%) and (0.12%) respectively. According to Tekalign 11. Rating of organic carbon and total nitrogen content of the experimental site soil under moderate to medium. Total sulfur (S) (2.8) and statuses of the soil found were d under the low category 12 (Table 2). Whereas the cation exchange capacity of soil sites, 12.8 meq 100g sample-1, respectively, London, 13 Hazelton and Murphy 14 were found at medium status (Table 2).

Table 2: Physio-chemical properties of the soil. Effects of NPS-B blended fertilizers and urea on yield and yield components of tef

This significant increment of tef yield components may be attributed to the fact that N usually favors vegetative growth of teff, resulting in higher stature of plants while P is the main element involved in energy transfer for cellular metabolism in addition to its structural role and Sulphur enhanced the formation of chlorophyll and encouraged vegetative growth 15. Similarly, an adequate supply of phosphorus increases tiller emergence, especially secondary tillers and their survival, it helps in increasing the biomass yield through proper regulation of carbohydrates translocation. An ample supply of boron facilitates photosynthetic activities and leaf expansion that leads to improved plant growth 16. This might be due to plants grown on plots treated with a higher rate of N for their vegetative growth, higher P phosphorus for their good root development, higher level of S for a high number of tillers and B for its higher cell division; it also contributed to increasing the total number of tillers per plant and influenced the straw yield 17. The current findings were in line with 18 were reported that the contained application of blended fertilizer with urea provides significantly higher yield components on tef.

Tef yields were consistently increased across blended NPS-B fertilizer and N from urea. This might be due to better crop growth rate, leaf area index, and accumulation of photo-assimilate due to maximum days to maturity by the crop, which ultimately produced more biomass and grain yields. Fageria et al. 17 also indicated that the application of S enhanced the photosynthetic assimilation of N in crops. Hence, the application of N and S increased the net photosynthetic rate which in turn increased the dry matter as 90% of dry weight is considered to be derived from products formed during photosynthesis. This result in conformity with this finding of different scholars 18-21 were reported that the application of different blended fertilizers with a combination of N from urea was increased biomass, grain of tef.

Table 3 : Mean values of yield and yield components of tef as influenced by nitrogen and NPS-B blended fertilizer during 2019 cropping season. Means with the same letter along the column are not significantly different at p = 0.05, where; PH: Plant height; SL: Spike length; NT: number of tillers; BM: Biomass; GY: Grain yield; R-NP: Recommended rate of Nitrogen and Phosphorous

Table 4 : Mean values of yield and yield components of tef as influenced by nitrogen and NPS-B blended fertilizer during 2020 cropping season. Means with the same letter along the column are not significantly different at p = 0.05, where; PH: Plant height; SL: Spike length; NT: Number of tillers; BM: Biomass; GY: Grain yield, R-NP: Recommended rate of Nitrogen and Phosphorous

Table 5: Pooled mean values of yield and yield components of tef as influenced by nitrogen and NPS-B blended fertilizer during 2019-2020 cropping season. Means with the same letter along the column are not significantly different at p = 0.05, where; PH: Plant height; SL: Spike length; NT: Number of tillers; BM: Biomass; GY: Grain yield: R-NP: Recommended rate of Nitrogen and Phosphorous

As indicated in Table 6, the highest net benefit of 93885.9 ETB ha-1 with a marginal rate of return (MRR%) of 143.8% was obtained in response to the application of 200 kg ha-1 of blended NPSB with 100 kg ha-1 of urea. However, the lowest net benefit was obtained from the unfertilized or control plot (Table 6). Thus, applications of 200 kg ha-1 NPSB of blended plus 100 kg ha-1 of urea is economically advisable for farmers in the study area for better tef production; beneficial as compared to the other treatments in the study area because the highest net benefit and the marginal rate of return were above the minimum level (100%).

The authors declare that they have no conflict of interest 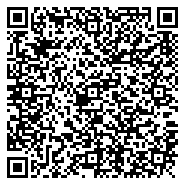