The present study was conducted in village Nayagaon of Gwalior district with the emphasis on to assess the health status and family history of the people residing in the village. Nayagaon village is rural with majority of the population relying on labour and small-scale business. On general observation and interviews it was observed that the people of the village are exposed to various health diseases and disorders. About 19.3% of people were working as labourers in the stone crushers, where they are exposed to various occupational hazards. Health condition of the people in the village was found not unsatisfactory as evident from the prevalence of various ailments like Buccal cavity infection (18.2% males; 2.6% females), allergy (13.1% males; 5.6% females), asthma (8.1% males; 2.6% females), low vision (12.1% males; 10.4% females) Acidity (6.1% males; 3.9% females) etc. On comparing with the standard weight for various height groups it was clearly observed that all the males and females have weights lower than the standard. The village does not have any primary health centre. Therefore, village people have to cover a distance of 9 km for obtaining medical facility. Majority of the people are still using traditional medicines to cure various diseases. Maximum percentage of the population does not have any sort of knowledge regarding the family planning programmes and their benefits. Majority of the people in the village use dung cakes and fuel wood for cooking. Thus, most of the women population are exposed to a number of indoor air pollutants, emitted from these fuels.

In India health care continues to be a neglected entity despite lip service. At the individual level, it cannot be said that health occupies an important place, it is usually subjugated to other needs defined as more important e.g., wealth, power prestige, knowledge, security [1,2]. Health is often taken for granted, and its value is not fully understood until it is last [3]. At the international level, health was "forgotten" when the covenant of the League of Nations was drafted after the First World War. Only at the last moment was world health brought in Health was again 'forgotten" when the charter of the United Nations was drafted at the end of the Second World War.

However, during the past few decades, there has been a reawakening that health is a fundamental human right and a worldwide social goal, that is essential to the satisfaction of basic human needs and to an improved quality of life; and that is to be attained by all people [4]. In 1977, the 30th world health assembly decided that the main social target of government and WHO in the coming decades should be the attainment by all citizens of the world by the year 2000 of a level health that will permit them to lead a socially and economically productive life", for brevity, called "Health for all". With the adoption of health as an integral part of socio-economic development by the United Nations in 1979 [5]. Health, while being an end in itself, has also become a major instrument of overall socio-economic development and the creation of a new social order.

Since health is influenced by a number of factors such as adequate food, housing, basic sanitation, healthy lifestyles, protection against environmental hazards and communicable diseases, the frontiers of health extend beyond the narrow limits of medical care [6]. It embraces a multitude of services provided to individuals or communities by agents of the health services or professions for the purpose of promoting, maintaining, monitoring or restoring health. Health care is a public right and is the responsibility of governments to provide this care to all people in equal, measures. These principles have been recognized by nearly all governments of the world and enshrined in their respective constitutions [7]. In India, health care is completely or largely a governmental function. The current criticism against health care services is that they are:

• Accessible mainly to a small part of the population.

The present concern in both developed and developing countries is not only to reach the whole population with adequate health care services, but also to secure an acceptable level of health for all, through the application of primary health care programmes.

The present study was carried out in Nayagaon village of District Gwalior. Nayagaon is located in the Gwalior district of the Madhya Pradesh. Village Nayagaon is situated on the Shivpuri Gwalior road. It is 14 km's away from the main city. It is well connected to the National Highways by the non-metallic link road. The climate of the village Nayagaon is marked by intense hot summers. The mercury during the summer months rises up to 46°C. While the winter months on the other hand are cold and the temperature varies from 1°C to 3°C. The village experiences rainfall only in the monsoon months and a very little in the rest of season.

• To determine the present health status of the villagers by direct observation, questionnaire and interview methods.

• Build the evidence base to monitor whether health systems are achieving the desired goals.

• To generate awareness among the people regarding various health problems, their causes, symptoms prevention and control.

Present study was conducted among the various families of the village Nayagaon. The methodology which was applied is as under:

Systematic sample method was used for the present study in every sampling frame each unit was assigned a number. 30 families were selected that reflected the characteristic of whole population.

Interaction with the villagers

During survey, face to face interview with the villagers were organized, that were based on the well-designed questionnaire related to various health problems, economy, sanitation, weight, height, blood group and sex ratio. Parameters like Blood Group detection was carried out with the help of registered medical technicians. Instruments used were:

All the families having an income more than Rs. 25000 per annum have been bracketed together as families of high income groups and this comes out to be 64.28% of the sample (Figure 1). Strict correlations between the family’s annual income and the literacy statuses have been observed. This shows that more than 67% of males of the sampled population, and 8.51% of females are educated. So much so that amongst the males there are three graduates and one post graduate and amongst the females there are two graduates (Figure 2). Thus, education has helped the villagers who are not directly associated with the farming to take up jobs in the government as well as in the nongovernmental organization. There are seven government employees and twelve employees in the private sector (Figure 3). The economic status of the village provides an opportunity for education at all the levels. It is due to this reason that more than 40% of the total population are students (Figure 3). It may however be pointed out that almost all the children are getting education irrespective of their gender. Figure 3: Occupational status of the respondents.

The male/female ratio of the village is 750/1000 (Figure 4), this is a cause of concern because the lower proportion of female in the population may lead to the extermination of the population. The actual reason for this could not be screwed out but it appears that the concept of male dominance in bringing forth the lineage what so ever be the reason this trend cannot be told to be satisfactory for the sustenance of the human population in the village (Figure 5). Figure 5: Prevalence of addiction among the respondents.

Out of the total 99 males 59 are shown to be afflicted by some disease or the other. Out of the various chronic ailments buccal cavity disorders are most prevalent. The problems of buccal cavity (18.18% males and 2.59% females) are directly related with the addiction/habits of smoking tobacco and gutka chewing, which was found in coherence with a study by Jayalakshmi et al. [9]. The next is low vision which is 12.12% in males and 10.38% in females. Allergy has become an important contributor towards the human suffering and during the present study 13.13% of male and 5.19% females are being afflicted from time to time (Tables 1-3).

Table 1: Description of the study area.

Out of 99 males, 12.12% are addicted to smoking and tobacco chewing, followed by 8.08% to alcohol and 5.05% to Gutka while a very small percentage of female population 1.29% is addicted to smoking, tobacco and gutka chewing (Figure 6). Age wise determination of height in CMS and weight in kgs reveal that the height within all age groups is well within the standard. On comparing with the standard weight for various height groups it was clearly observed that all the males and females have weights lower than the standard (Table 4). It is rather surprising that despite better economic condition of majority of the families the problem of being under weight than the standards become an important point to ponder over. It can be properly pointed out by carrying out a detailed study of the consumption of balanced diet and the administration of proper amount of minerals, vitamins and other micronutrients, this aspect being beyond the scope of present investigation has been left over for the further studies.

The geographical mal-nutrition of health is one of most persistent problems affecting the rural health care system. Rural communities still struggle to attract adequate number of health professional of all type to provide quality care to local residents. Rural research need focus on method that lead direct to sustainable programs to promote the health of rural community. Key stakeholders and forget group member’s need to be included.

Improving rural health requires innovative creative and integrative strategies that address both individual health related behaviours and the many social determination of health. It is impenitence for any planning efforts to think beyond health care services to the more multifaceted social condition that impact health. Any discussion about how to improve the health status of a population group whether rural or non-rural, must acknowledge the unequivocal link between individual health behaviours and health status. The negative effect of poor health behaviour outweighs the positive effect of acute and preventive health care services there is clearly a need to promote health education, Preventive strategies as well as parental and personal responsibility must be involved to introduce better health services. However, the goal of improvising the health status of rural areas cannot be adequately addressed without consideration of social determiners of health and its distribution in the population. The social determinates include socioeconomic status working condition culture, physical environment, social support and capital housing, health care services, transportation, healthy child development, food security etc. Additional consideration include income, gender, ethnic a cultural norms, education and employment opportunities and community history, strategies for mitigation illness and improving rural health can only succeed if they are developed within the content of their border social frame work. 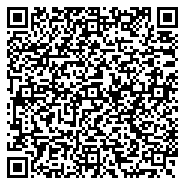