Visit for more related articles at Dentistry and Craniofacial Research

Thrombocytopenia can be caused by decreased platelet production by megakaryocytes in the bone marrow, increased destruction of circulating platelets, and abnormal secretion of platelets in the spleen [1-3].

In the mouth, soft tissue thrombocytopenic lesions usually appear in regions subjected to trauma, including the buccal mucosa, lip, and the junction between soft and hard palate [12]. Petechia, hemorrhagic blisters, and spontaneous gingival bleeding are examples of these lesions [13]. The dentist may notice the first clinical signs of thrombocytopenia. His role as a healthcare professional is to screen for undiagnosed hematological disorders by ordering appropriate blood tests and to provide the patient with an immediate referral to hematologists.

Here we report a case of transient thrombocytopenia associated with an orofacial infection that showed only unilateral oral manifestation and resolved completely after treatment of the underlying cause.

A 58-year-old male patient was referred to the department of oral medicine and special care dentistry at (PSMMC/Riyadh, Saudi Arabia), with a complaint of two days painless swelling over the right side of his face, as well as an intraoral lesion. At presentation, the patient was clinically stable. He did not report dysphagia or dyspnoea. However, a slight increase in body temperature that was controlled by antipyretics was reported. His past medical history was significant for type 2 diabetes mellitus. His daily medication consisted of metformin 500 mg 3 times daily. The patient denied any recent changes in medication, recent hospitalization, immunization, or travel. The patient also denied acute or chronic alcohol intake. His family history did not reveal any significant findings.

On physical examination, the patient was well-nourished, had no pain, no airway obstruction, and no limitation of mouth opening. There was a huge, non-tender swelling on the right side of the face, extending from the cheek to the submandibular area. The overlying skin had normal color (Figure 1). Figure 1: Large swelling on the right face extending from cheek to submandibular area. Figure 2: Ecchymosis with large hematoma in the right buccal mucosa extending to soft palate with presence of hemorrhagic bullae in the soft palate. On the basis of clinical examination; orofacial infection together with blood dyscrasia were mainly considered. Other differential diagnosis of the intraoral lesions included hematoma, vascular lesion/neoplasm.

The patient was given an antibiotic (Augmentin 1000 mg twice/day), and instructed to go to the emergency department in case of increased swelling, dysphagia, or difficulty in breathing.

Haematology consultation was sought, the platelet count was repeated to exclude the possibility of pseudo-thrombocytopenia, peripheral blood smear was reviewed which was unremarkable with no hemolysis.

Further investigations were performed to rule out other possible causes of thrombocytopenia. Viral serology for (HIV/HBV/HCV) was negative, autoimmune serology (ANA, ENA, RF) was negative, lactate dehydrogenase was elevated (269 U/L), vitamin B12, folate, and thyroid function tests were within normal limits. Figure 5: Decrease in the extra-oral swelling with appearance of ecchymosis in the outer right facial skin. Figure 6: Decrease in the size of the intra-oral buccal lesion (hematoma), with appearance of focal ulcerative areas and surface necrosis. Ecchymosis is extending to the soft palate. The patient improved clinically with antibiotics and the signs of active infection resolved. Thrombocytopenia was transient and was associated with infection and inflammation around the implants. The lower implants were removed and the patient was referred to a periodontist for assessment of the upper implants.

Thrombocytopenia is a hematologic disorder that is characterized by a decreased number of circulating blood platelets. The normal platelets count ranges from (150-450 × 109/L). Thrombocytopenia can be further classified into mild (100-150 × 109/L), moderate (50-100 × 109/L), and severe (<50 × 109/L) [1-3]. However, there is no direct correlation between platelet count and clinical signs and symptoms, so such a classification has little clinical value [14].

The risk of spontaneous bleeding, petechiae, and bruising is usually associated with platelet counts less than 10 × 109/L [1,4]. Life-threatening hemorrhage may occur in patients with platelets count less than 5 × 109/L. However, spontaneous bleeding due to thrombocytopenia can occur at higher counts when fever, sepsis, and severe anemia are present or when platelet function is compromised by drugs [5,6].

Occasionally, a low platelet count can be the only early sign of an underlying problem that is more dangerous than thrombocytopenia itself (e.g.: HIV infection or myelodysplastic syndromes), or it may be a useful indicator of disease activity (e.g.: thrombotic microangiopathies). It is critical to correctly identify the causes of thrombocytopenia in order to treat these patients appropriately [4].

Secondary immune-mediated thrombocytopenia is frequently caused by infections [5,18]. The infectious agent can induce the production of antibodies that cross-react with the platelet surface antigens causing their destruction and elimination [19].

Transient bacteremia resulting from poor oral hygiene or oral infection can cause sepsis, which is one of the predominant risk factors for the development of thrombocytopenia [20-22].

Although there are many reports of thrombocytopenia due to sepsis in the literature, the occurrence of thrombocytopenia with maxillofacial infection is rare. To our knowledge, only one case report published by Kumar and Rajan described life-threatening thrombocytopenia in a patient with an odontogenic infection that resulted in buccal, submandibular, and canine space infections. The case presented unique diagnostic and management challenges to the surgeon [11].

Oral manifestations of thrombocytopenia can be the first clinical signs recognized by the dentist and serve as a guide to the patient's detailed medical history. Spontaneous gingival bleeding or bleeding induced by brushing or flossing is often the first sign of thrombocytopenia. Other oral manifestations include small single or multiple petechial hemorrhages, ecchymosis, or hemorrhagic blisters. The epithelium overlying hemorrhagic blisters may slough and the resulting erosion may become secondarily infected [13].

In the mouth, the thrombocytopenic lesions are usually on the soft tissues most vulnerable to trauma, such as the buccal mucosa, lateral borders of the tongue, the junction between the hard and soft palate, and the gingiva [12,23].

Diagnosis of thrombocytopenia is often challenging, particularly in hospitalized patients, due to the presence of several potential causes, including drugs and infections [4]. Identifying the cause of the patient’s thrombocytopenia is essential to select the most appropriate treatment and avoid unnecessary intervention [6].

However, the cause is not always immediately apparent, and further investigations are usually warranted [1]. Particular attention should be paid to the duration of symptoms. This helps determine if the patient has acute or chronic thrombocytopenia [6].

Preliminary laboratory tests include a Complete Blood Count (CBC) with a differential, along with an examination of the peripheral blood smear to evaluate both for the presence of platelet clumps, indicating pseudo-thrombocytopenia, and for other abnormal cell morphologies [6,15]. Other first-line laboratory tests when investigating thrombocytopenia include renal and liver function tests, coagulation tests and fibrinogen, bilirubin, reticulocyte count, Vitamin B12 and folate studies, autoimmune serology: ANA, ENA, ANCA, rheumatoid factor, viral studies: HIV/HBV/HCV serology, lactate dehydrogenase, and thyroid function tests [4].

Thrombocytopenia can be one of the serious complications of orofacial infection. Spontaneous bleeding, or bleeding induced by trauma, or hemorrhagic bullae may be the first oral manifestations of low platelets count detected by a dentist. Thrombocytopenia increases the risk of bleeding, alters the dental treatment plan, and may serve as an indicator of the severity of infection. 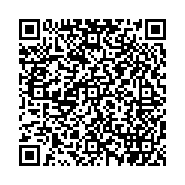