Spondylitis Associated with Parvovirus B19 and Treated with a Novel Nanobiological Therapy Based on MicroRNAs: A Case Report

Citation: Olivier C, Gilbert G (2018) Spondylitis Associated with Parvovirus B19 and Treated with a Novel Nanobiological Therapy Based on MicroRNAs: A Case Report. Clin Immunol Infect Dis Vol. 2 No.1: 1.

Background: Nanocarriers of different materials are being developed to improve their efficacy in various current treatments. We propose to use xylitol to establish a novel nano-immunotherapy administered sublingually to bring the different molecular compounds directly in contact with the immune cells located in the oropharyngeal mucosa. The ultra-low doses allow to avoid any side effects and to have a very regulatory impact on various signaling pathways in the cell. This is of course also valid for viruses, where genes and molecules responsible for their virulence can also be the subject of the same type of regulation. This manuscript presents a case of a close relationship between a chronic inflammatory rheumatism, in this case ankylosing spondylitis, and a virus of the Parvoviridae family, the well-known Parvovirus B19.

Methods and Findings: To reach our objective of immunogenetic regulation, we act first at the epigenetic level by introducing microRNAs in our formulas, in order to use their formidable post-transcriptional regulatory potential. In application of the rules of Hormesis, the ultra-low doses used in our formulas will allow a fine tuning of the post-transcriptional regulatory action of micro-RNAs, and thus promote a true modulation of the corresponding gene expression. As in the description of the clinical case, the approach of the BI(G)MED is holistic i.e. globalizing, seeking to identify the various actors involved in the development of a chronic disease, starting of course with different types of well-known microorganisms. This therapeutic approach obviously requires a very rigorous preliminary diagnostic procedure, which will allow to support the treatment with precise biological data. Thus, in the clinical case presented, the demonstration of a reactivation of parvovirus B19 and the neutralization of the latter by an appropriate therapy has made it possible to stabilize the evolution of a formidable chronic disease and to significantly improve its medium-term prognosis.

Conclusions: The description of this clinical case makes it possible to highlight not only the density of the interactive processes taking place in our cells, but also their tremendous potential for self-regulation, provided that the latter is the subject of an appropriate therapeutic approach i.e. biomimetic. This is the condition to ensure the return to an effective cellular homeostasis.

The patient is a 45-year-old woman with no particular medical history (except that 3 cousins are suffering from spondylitis) who consulted in 2015 for a very painful arthralgia, resistant to the anti-inflammatory treatment prescribed two months before, and surrounded by a context of an alteration of the general state with a significant asthenia.

The pain had started 8 months before by an inflammatory monoarthritis in the left ankle following a stingray injury during a swim. The symptoms also included swollen toes and required the consultation of a rheumatologist.

A diagnosis of spondylitis is made for this HLA B27-positive patient. During the following months, pain in the other foot appeared, followed by neck pain reaching the left-side sternoclavicular joint and finally pain in the right knee with a very significant oedema.

Before the first consultation, she is asked to perform a biological assessment including a lymphocyte typing, a protein profile, an HLA typing and several serologies.

Unfortunately, in the following weeks, she is hospitalized in a rheumatology service because of aggravating pains and the resulting functional disability. After several tests, a diagnostic of a spondylitis crisis with a rebellious peripheral articular damage is made.

She comes out of the hospital after 10 days, but only with partial improvement of the pains through corticosteroids and knee injection. Her treatment plan at that time consists of 80 mg prednisone per day, 15 mg methotrexate injection per week and a pain reducing treatment through morphine sulfate. Due to the severity of the crisis and the limited response to the treatment, a pre-biotherapy assessment is made for a possible future anti TNF-alpha protocol.

Our first consultation takes place in this difficult context. The clinical situation is slightly improved in terms of pain compared to pre-hospitalization but is still very precarious and at a cost of heavy treatment. Fatigue is still very significant. Eyes are also very dry.

The lymphocyte typing shows an immune hyperreactivity with a very significant increase of cytotoxic T8 lymphocytes and a slightly lower increase of T4 lymphocytes. The significant charge on MHC class I indicates a clear viral reactivity. Protein profile confirms an active chronic inflammation. Serologies for CMV and the different bacteria usually linked to spondylitis are negative. EBV doesn’t show any biological sign for reactivation. However, the Parvovirus B19 serology shows very high antibodies: IgG at 130 UA/ml (normal value under 1.1) and no IgM. HLA groupage is the following: A3 A24 B27 B40 C2 C3 DR01 - DQ05.

The therapeutic plan will aim at neutralizing the parvovirus B19, regulating the autoimmune process as well as the HLA antigens involved in this pathology.

The method used is called Bio Immune(G)ene Medicine (BI(G) MED) and is an immunogenetic regulation method through a nanobiological sublingual therapy, about which we will give more details in the method section.

The patient comes back for a consultation 4 months later. Chronical asthenia has disappeared as well as the eye-dryness. Pain has quickly decreased and is almost completely gone at the time of this second consultation, except for a small residual pain in the toes. She gave up morphine and corticosteroids quickly after the implementation of the BI(G)MED treatment and is about to stop methotrexate (only 2.5 mg per week left).

On the biological side, the inflammatory syndrome completely disappeared (with a CRP at 1.4 mg/l and inflammatory proteins orosomucoid and haptoglobin also at normal levels), the pressure on MHC class I decreased and parvovirus B19 antibodies went from 130 to 37 UA/ml.

During the course of 2016, the patient resumed her physical activities with no anti-inflammatory medicine. The BI(G)MED regulatory treatment was continued during approximately 2 years with no other allopathic treatment. Only a few episodes of mild articulatory pain took place during this period, when the patient was very stressed or overworking.

The Bio Immune(G)ene Medicine is a therapy evolving from a concept initiated 40 years ago by pioneers who first used immune system proteins in high dilutions in order to regulate immune perturbations involved in numerous pathologies.

This concept matches the evolution of modern medicine, in which on the one end the use of immunotherapy is more and more frequent in order to mobilize the patient’s own defences and interact directly with the cell biological processes, and which on the other end is turning to nanotechnologies and thus opening up the way to nanomedicine.

Human biology, governed by molecular phenomena, is indeed one of the most promising fields in terms of exploring the infinitesimal. Studies show that biological reactions can be observed with highly diluted molecules according to the hormesis principle [1]. This opens up the way for new therapeutic tools with spectacular prospects.

In that mind, the BI(G)MED is a very innovative sublingual immunotherapy, intervening on the biological processes at the molecular level through highly diluted (10-5 Mol to 10-10 Mol) regulating molecules from the immune system (cytokines…) and the epigenetic (microRNAs…). The effectiveness of these very low molecular concentrations is based on the principle of Hormesis and the Arndt–Schulz rule from classic toxicology and pharmacology.

This method allows a targeted and coordinated regulation of the specific disrupted biological processes for each pathology, without any negative side effects.

In this specific case of spondylitis related with parvovirus B19, 3 levels of action were targeted:

Against the virus itself with a specific so-called nosode (a high dilution of a Parvovirus B19 culture).

Against autoimmunity with a BI(G)MED preparation capable of inducing autoregulation of the immune system.

In relation to the role of HLA antigens involved in this pathology with a high dilution of all own HLA-molecules of the patients.

This immunogenetic regulation focused on these three targets led to an almost complete disappearance of the spondylitis in less than a year, and with no recurrence until now (almost three years after the first consultation).

• It underlines the role of a chronic viral reactivation, in this case due to the parvovirus B19, in the pathogenesis of an acute spondylitis.

• It shows the effectiveness of an innovative sublingual nano therapy in treating an inflammatory rheumatic disorder without any traditional anti-inflammatory drugs but by neutralizing an infectious factor and regulating the disturbed immune and genetic system.

The parvovirus B19-arthralgia association is well known. Indeed, for adult patients, parvovirus B19 infection comes with polyarthritis and polyarthralgia in more than 60% of the cases [2,3].

These polyarthralgia are in most cases of medium intensity, with a sudden onset, bilateral and symmetrical, and reverse spontaneously within a short period of time (around 15 days). In some cases, joints are more severely impacted, and patients show an incapacitating polyarthritis or erosive arthritis [4]. These clinical manifestations are usually observed during primary infection and more rarely on a more prolonged evolution, where the presence of specific MHC alleles especially HLA-B27 [5] could be a favouring factor [6,7].

In our case, the clinical picture is that of a severe spondylitis. There is no other sign of a recent parvovirus B19 infection. Also, the absence of IgM against parvovirus and the duration of the inflammatory episode do not indicate a primary infection. On the other hand, the very high levels of IgG, which also decreased rapidly in parallel to the clinical improvement, indicates a chronical viral conflict at the origin of this severe arthritis.

The triggering role of viral infections in autoimmune diseases is also well identified [8]. A number of autoimmune diseases have been specifically associated with parvovirus B19 (Rheumatoid arthritis, lupus, Grave’s disease, diabetes or vasculitis).

Regarding spondylitis, a link with parvovirus can only be made with a wider definition of reactive arthritis [9].

The association between parvovirus and HLA system has not been much studied. A study nevertheless showed that the frequency of HLA-alleles HLA-DR01, DR04, DR07 was significantly higher for patients with a symptomatic parvovirus, especially on the joints [4,5]. The concerned patient is HLA DR1 positive.

We can conclude from all these elements that the search for parvovirus B19 is essential in the assessment of any autoimmune disease with an articular tropism and that its neutralisation, as shown in our case report, contributes to the pathology’s regression. 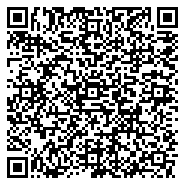