Rice is one of the millennium crops that give more attention by the government of Ethiopia to bring food security across the nation. A research had been conducted on rice and released promising rice varieties by Pawe agricultural research center in collaboration with Adet agricultural research center in the past. The objective of this demonstration was to popularize and demonstrate the newly released rice variety i.e. PSBRC92 and to get feedback from the end users.

ERice (Oryza sativa L.) is a cereal foodstuff which forms an important part of the diet of more than three billion people around the world 1. Rice is also an important staple food crop in many Sub- Saharan African countries and it feeds on hundreds of millions of Asians, Africans and Latin Americans living in the tropics and subtropics. In many developing countries the dietary contribution of rice is 29.3 and 29.1 percent for energy and protein, respectively 2.

To meet the growing needs of the ever-increasing human population, however, rice production must be increased by 40% in the next 25 years. Pinstrup-Anderson also confirmed that the demand of rice would increase in the future. This increase in rice production must be achieved through utilization of less land, less water, fewer agrological and other inputs. Most of the consumers, who depend on rice as their primary food, live in less developed countries. Rice is a strategic component of food security and plays a role to alleviate food shortage in such countries.

Rice was introduced in Ethiopia during 1970s and has since been cultivated in small but increasing pockets of the country 3. However, its importance is being well recognized in the country as the area coverage of 18,000 ha and total production of 42,000 tons in 2006 has increased in 2009 to 155,000 ha and 496,000 tons, respectively. It is reported that the potential rice production area in Ethiopia is estimated to be about thirty million hectares 4. Because the rice plant is highly adaptable to local environment and human has succeeded in modifying local agro-ecosystem, rice can now be grown in many different locations and under a variety of climates 5,6.

The rice culture in Ethiopia includes upland rice, grown on a well-drained soil, irrigated and paddy rice where the crop grows on pounded paddies that is either rain fed or irrigated condition. The country has a potential to grow this crop, the country’s potential for rice production is estimated to be million ha of land. Especially the Gambella region following the Baro river, the Fogera plain around lake Tana and Pawe special districts (black soil) are the most suitable area for rice production. There are also some potential pocket areas in different parts of the country like Boditi area around Arbaminch, Gojeb and Limukosa around Jima, Chefarobit(Shewarobit in Northern Shewa and others like Metema and Koladiba are introducing rice by themselves and have already started production without any extension works. Areas around Melka Werer, Melkasa, Jijiga, Alberow dam (an irrigation project at Abobo) and many other areas with agro-ecological similarity are suitable to grow lowland irrigated types where irrigation facilities are available.

Pawe agricultural research center involved on national rice coordinator till 2006 and play an important role for the expansion of rice in the country in collaboration with Africa Rice Center (WARDA) and Japan International Cooperation Agency (JICA). As a result the center developed and released four rice varieties, M-55, by the name Pawe-1 for Pawe area in 1998 and NERICA-3; NERICA-4 and Superica-1 for Pawe area and similar agro-ecologies as Upland rice in 2006. Rice production expands to areas like Manbuk, around Assosa zone and some progresses have been observed. Starting from 2009/2010 investors were started to produce rice at Pawe on a huge land by using heavy machinery. The problem is that the numbers of improved rice varieties were not sufficient enough for different agro ecologies with desired qualities. To this point of view present study was aimed to show other options or alternatives of rice variety for the end users i.e. farmers and private companies in rain fed lowland areas in different agronomic parameters and to give out an idea about the progress of rice research at Pawe.

The demonstration and popularization of new rice variety was carried out on two farmers’ field in two villages of Pawe district namely; village-17 and village-14 in 2013 cropping season. The area is characterized by its high rain fall with extended period (April/May to September/October), high temperature, and having black soil (verisol). The new rice variety i.e. PSBRC92 and Pawe-1 as a standard check were sowed in a plot size of (10 × 10)m2 with 20 cm spacing between row and all recommended agronomic practice were properly done. Both rice varieties are categorized under rain fed lowland rice.

A field demonstration was organized and responsible stakeholders such as farmers, development agents, woreda agricultural expertise and researchers were invited in the occasion. In the event primarily participants’ farmers and other stakeholders were allowed to see and evaluate the two rice varieties the new (PSBRC92) and the standard check (pawe-1) (Figure 1). Following this the rice researcher gave brief description about the merits of the newly released rice variety in contrast with the standard check. For instance, the new variety was showed disease resistant, good tillering capacity and early mature characters over the standard once (Table 1). It also differs in its maturity date and considered as early maturing type i.e. 115 days-120 days. In the field a fruitful discussion was made among participants and basic issues in rice farming was raised and answered by the concerned bodies. 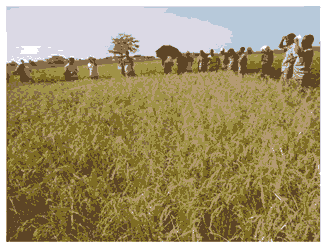 Figure 1: Partial view of the demonstration by farmers and other partners.

Table 1: Comparison of the newly released rice variety over the standard check.

Today’s event showed that research endeavor in rice has been continued in collaboration of other governmental or NGOs’ to solve problems’ which appeared in the rice farming system according their prioritization. But one thing that should be taken into consideration is that developing of improved rice varieties by itself does not bring the intended objective i.e. increasing rice production and productivity at house hold level. So, that there is a need to do more on the demonstration and popularization of improved rice varieties by responsible stakeholders. Thus, will enable us to meet the desired objectives.

The author is thankfully acknowledging the rice research team for their unlimited and successful achievement in releasing of new rice variety and for EAAPP for financial support. 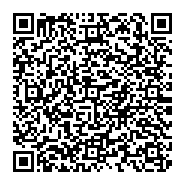