Background: The prevalence of Stress Urinary Incontinence (SUI) was seen predominantly in women. SUI is seen as common causative factors for females suffering from incontinence over the age of 40-50 years. SUI happens when physical movement or activity such as coughing, laughing, sneezing, running or heavy lifting puts pressure on your bladder causing the patient to leak urine. Kegel exercise and plyometric exercise treats SUI symptoms by reinforcing weakened pelvic floor muscle and improving elasticity.

Objective: To determine the efficacy of Kegel exercises and lower limb plyometric on pelvic floor muscle functions in symptoms associated with SUI

Methodology: This is an interventional study. 20 samples were diagnosed with SUI from urology department, MGMCRI. Aged between 40-50 years, who fulfilled inclusion criteria were selected. Subjects having patients who are suffering from CNS disorder, acute mental illness, Urology surgery, malignancy, urinary infection, hysterectomy, diabetic and degenerative conditions were excluded from the study. Samples were divided into two Groups A and B. Group A samples received Kegel exercise and Group B samples received plyometric exercises for a period of 3 months. Samples were asked to fill the questionnaire before and after exercise program. Pre and Post-test values were documented by using the I-QOL questionnaires.

Result analysis: Data’s are interpreted with the help of Incontinence quality of life questionnaire (schurch).

Conclusion: According to the results Lower limb Plyometric exercise found to be an effective treatment than the Kegel exercise for symptoms associated with SUI.

Stress urinary incontinence has not only become a physical barrier but also a psychological barrier to the women suffering from it. Hence the problem has to be addressed both physically and psychologically.

Though there are various surgical interventions like pubovaginal sling operations and other surgeries, there has not been any single non-invasive modality to intervene in the preventive and curative process of stress urinary incontinence.

The only noninvasive and conservative method that was adopted so far is pelvic floor muscle strengthening exercises in physiotherapy perspective.

The fast twitch exercise is caused a short contraction and it works on the fast twitch muscles and quickly shutoff the flow of urine to prevent leakage. The muscles are quickly tightened, lifted ups and then released.

The second exercise works on the supportive strength of the muscle and is referred to as long contraction. The slow twitch muscle fibers are gradually tightened lifted up and held for several seconds.

Plyometrics are explosive exercise that increases speed, quickness and power. They are exercise in which the muscle exerts a maximum force in short interval of time by moving between muscle extension and muscle contraction using proper biomechanics, to build up strength, improve balance and to bring control.

Hence in this study we incorporated some plyometric exercise for lower body to see the effectiveness on symptom associated with stress urinary incontinence.

This was prospectively planned ancillary analysis of the patients attending the OPD of Urology Department, Mahatma Gandhi Medical College and Research Institute, with symptoms associated with stress urinary incontinence. The patients were then referred to physiotherapy department for Non-Surgical therapies for treatment of Stress Predominant Incontinence. In this interventional study 20 participants aged 40 to 50 years old females were chosen among the patients attending OPD with symptoms of SUI. They were asked to sign the informed consent form and asked to complete the demographic questionnaire i.e. QUID (The Questionnaire for female Urinary Incontinence Diagnosis) was used for choosing the type of incontinence in the elderly females. The samples included for the study were the females aged from 40 to 50 years, Patients whose QUID score was 4 and above, who are well built, whose BMI falls within the normal limits (i.e. 18.5 – 24.9) and who are willing to participate in the study till the completion. The exclusion criteria for the study are the patients who were absent for two or more training session, patients who are suffering from central nervous system disease e.g. Multiple Sclerosis, CVA or Acute mental illness, dementia, recent Urology surgery (less than 6 months), history of Genitourinary malignancy, current urinary infection, hysterectomy diabetic mellitus and musculoskeletal disorder apart from pelvic floor muscle weakness.

The patients were then asked to complete the I-QOL (Incontinence – Quality of Life) Questionnaire forms given to them. All the questionnaires were filled by the patients and are documented. Then they were randomly assigned into two group’s care and control group. Each participant took part in exercise programme for 3 months duration with four session in a week, every session lasting for 30 to 50 minutes with interval in between exercises, which comprises of 48 session to complete the programme.

Each group comprising of 10 samples were given set of exercise programme. One group followed Kegel exercises Programme which consists of following exercises namely,

The other group comprising of 10 members were given Plyometric exercise for lower limbs, which consists of following exercises Programme namely

Participants were taught about the anatomy of the pelvic floor muscles and lower urinary tract, physiology and continence mechanisms by the well-trained therapist.

Group exercise was performed in different positions and pelvic floor muscles were contracted and relaxed more frequently with each contraction lasting for 6-8 seconds, 3-4 contractions were then added. The rest period was about 2-3 minutes. Several relaxation techniques including breathing exercises, body awareness, strengthening of abdominal, back and thigh muscles were performed between exercise or each position. Music was played throughout exercise program to encourage participants. The participants were asked to perform the home exercise with more intense contractions.

Finally, the subjects filled the I-QOL questionaries’ before and three months after the intervention.

Table 3 The data were examined using mean and standard deviation and Mann-Whitney U test.

Table 4 By the Conventional criteria, the difference is considered to be statistically significant the Standard Error of Mean=0.0163. The data were examined using mean and standard deviation and Mann-Whitney U test.

The data from the above Table 1, Shows the pre-test value of symptoms associated with stress urinary incontinence between tow sample groups (i.e.) Group A & Group B

The P-Value is 0.72786, p <.05 showing the data’s observed consider to be not statistically significant.

The data from the above Table 2, Shows the Post-test value of symptoms associated with stress urinary incontinence between tow sample groups (i.e.) Group A & Group B

Showing there is a significant difference between the post-test values of Group A & B.

In Investigating of urinary incontinence some changes were observed in two groups before and after treatment.

Incontinence has the capacity to affect three major aspects of women’s health, Physical, social and Psychological. Women living with stress urinary incontinence seems to have significantly lower quality of life compared with normal women. The condition has shower to affect areas such as Travel, Sleep, Work, Relationship, Sports and Hobbies.

Since the Kegel exercise was the most popular and a proven form of exercise among women’s suffering from urinary incontinence no other intervention was trained for people with pelvic floor weakness.

The plyometric training was considerably less popular and a more stressful exercise when compared to Kegel exercise. With amount of co-morbidity, obesity associated with weak musculature and sedentary life style made people (women) to go for more convenient and less stressful exercise then sternous exercise.

So, the samples were included and motivated to do move vigorous form of exercise to have the better results.

In a study that was done by [1] discussed the efficacy and safety of lower limb plyometric training in elderly adults concluded that Plyometric training is feasible and safe training option with potential for improving various performance, functional, and health-related outcomes in older persons.

In the study of [2] with title of Lower Body Plyometric Exercise and Pelvic Floor Muscular Engagement concluded that plyometric exercise is more effective in co-recruitment of muscle fibres. The exercise listed above is considered to the most effective pelvic floor engagers from the large number of movements studied. These movements may provide an effective plyometric pelvic floor conditioning program.

In a study that was done by [3], MS concluded that I-QOL is a reliable, valid, and responsive measure of incontinence-related QOL in neurogenic patients.

In the study of [4-18] with the title of The Questionnaire for Urinary Incontinence Diagnosis (QUID): Validity and Responsiveness to Change in Women Undergoing Non-Surgical Therapies for Treatment of Stress Predominant Urinary Incontinence showed that the QUID has acceptable psychometric characteristics and may be used as a UI outcome measure in clinical trials.

There are number of limitations regarding this study that should be considered when coming to the conclusion of this study:

i. The study population was small involving 10 subjects only on each group

ii. Since the plyometric exercises requires a strenuous workout and very tiring exercise, Persons who are obese and poor muscle strength could not participate the study. 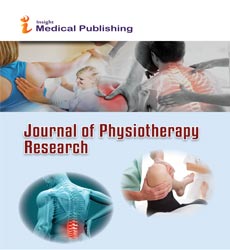