All concepts covered in this article are experientially based on thirty years of research, development and application. Attempts have been made to purposefully to avoid esoteric language when describing the pathology of the mind for a wider audience.

“The day science begins to study non-physical phenomena; it will make more progress in one decade than in all the previous centuries of its existence.” ― Nikola Tesla [1].

It is estimated that around (1) million people commit suicide [2] and over (300) [3] million report being affected by depression each year.

As we learn more and more from the data collected from treating ‘Memory Trauma’ utilizing cognitive neuropsychology cognition treatments [4], it becomes clear that there are new universal laws attributed to how the mind processes and holds our memories [5].

Memories consist of 3 separate linked components; Sensory Data, Emotion, Intensity. In the process of memory creation these components bond together.

The memory component bonding is permanent unless the sequential code is entered to unlock, or alter, the associations between the components. This can happen intentionally, or by accident.

Any memory with an intensity level above an 8 on a scale from 1 to 10 with 10 being the highest level activates the survival instinct. Memory hierarchy (intensity), was designed to create a fail-safe system in order to give us awareness for the activation of our survival instinct; Food, Sex and Danger.

A ‘Memory Trauma’ can grow over time by attaching itself to new experiences with similar associations: intensity, sensory and/or emotion.

Unlike when I took my very first psychology course well over 3 decades ago, I will now give you one of the first 'self-help' procedures to adjust any memory you’d like to remove from your consciousness.

The procedure in this document is called ‘4 Phase’, one of several procedures developed in a new unique system created to address most mental illnesses, and the system is called Nu-Rekall.

How to effectively alter a past memory intensity, (hierarchy) level ‘4 Phase.’

By altering a past targeted memory hierarchy you change your learned reactions, decisions, to situations and/or experiences that could have been causing the symptoms of: depression, anxiety, P.T.S.D., phobias and suicidal thoughts.

If you have behavior you’d like to change, such as: depression, anxiety, P.T.S.D., phobias, coping mechanisms and or suicidal ideation you must locate the inception point.

There is ALWAYS an inception point for any learned behavior [the beginning].

There are 5 rules to follow when preforming ‘4 Phase’ in order to achieve the same consistent results we have over the past decade.

This procedure ONLY works on a SINGLE SEGMENT of a past memory that is 15 MIN OR LESS in length. Multiple experiences require multiple singular treatments to address each trauma.

Steps MUST be done CONCURRENTLY to achieve the desired results.

Write down the intensity level before you begin on a scale of 1 to 10: 10 being the highest level. This procedure produces a degradation of intensity in targeted segmented memories creating a focused amnesia that completes the process over a seven day period. Failure to record the intensity of a past event prior to completing the procedure will give the perception that this procedure failed.

We are only working on a single targeted segment of your past limited to 15 min in length. This procedure does not work on conditioned experiences [multiple traumas] or events longer than 15 min. If you have been conditioned with multiple emotional memory traumas please feel free to contact us and schedule a time for a DIFFERENT Nu-Rekall™ procedure.

Step one: Locate a 15 min or less memory trauma you’d like to lower the intensity of.

Step two: Record the current intensity level, and what the event was. (Write it down).

Step three: Close your eyes and see the event from beginning to end in your mind (remember 15 min or less).

Step four: With your eyes still closed see the event from beginning to end four concurrent times but, with each viewing, add something that wasn’t there before using your imagination.

Use 4 of the following sensory data input to add changes to your targeted past memory segment.

Senses Examples of how to use (CONCURRENTLY) with each viewing

Example: Watch how to perform ‘4 Phase’ in this video.

As the mind, brain and emotions are conjoined in a mathematical formula we see an untenable treatment that can be eventually facilitated easily in one of three ways; by mental health professionals, self-help, and covertly. As 85% of all mental disorders are symptomatic of past memory trauma, it is now foreseeable that in the next decade we could see a drastic reduction unwanted mental disorders.

We are currently at a 2 trillion dollar cost for treating mental disorders globally each year [8]. Most of these resources will soon be forecast to be allocated in the needs of other positive human development.

Of course, even though these Nu-Rekall mind science technology treatments were developed, tested, and implemented in 2005, they’re still successfully treating mental disorders today. Nu-Rekall mind science technologies has published, and unpublished studies, since 2005 for proprietary source documentation purposes. Nu-Rekall is now time to move into clinical trials testing for applied evidence based approval [9].

Nu-Rekall mind science technologies contain published and unpublished works that are copyrighted and trademarked, is a complete unique system to address mental disorders that is nonmedical and non-invasive [9]. 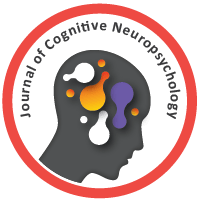