Cigarette smoking behavior a gateway to the opium use disorder: a Mendelian Randomization Analysis.

Introduction: Gateway hypothesis presumes that using a psychotropic drug can increase the probability of using another drug. The purpose of this study was to assess whether cigarette smoking is a gateway drug for subsequent opium use. Mendelian randomization (MR) analysis was applied to test and estimate the size of causal effect of cigarette smoking on opium use.
Methods: In this Mendelian randomization study, the CHRNA3 rs1051730 polymorphism was used as an instrumental variable.  A population based case control study in the setting of Fasa Cohort Study was carried out using 477 cases and 531 controls based on their opium use status at the baseline of cohort study. For Mendelian randomization analysis, the logistic two stage estimator method was applied.
Results: Number of cigarettes smoked per day was associated with opium use (OR 1.17, 95% CI 1.15-1.19). In the MR analysis, rs1051730 T alleles were associated with increased risk of opium use among ever smokers (OR 5.73, 95% CI 1.72-19.07) however there found no evidence of association among never smokers. In IV analysis, showed that on average smoking every 1 more cigarettes per day increases the odds of opium use by 1.17 (OR= 1.17, 95%CI:1.14-1.19).
Conclusions: The MR analysis found a positive finding on the relationship between cigarette smoking and opium use which supports the gateway hypothesis. It adds new information to the gateway theory regarding the relation of cigarette smoking and drug use, and increases our understanding on the importance of tobacco control for prevention of opium addiction. 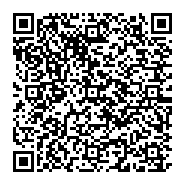