Visit for more related articles at Journal of Genetic Disorders

The Sickle Cell Disease (SCD) causes in the patients accentuated hemolysis, impaired vaso-activity and the clinical severity is variable. Genetics factors can be modulate the SCD pathophysiology, such as coagulation-related polymorphisms. In the present study, we investigated the cystathionine beta-synthase polymorphism (CBS - 844ins68) and the 4G/5G plasminogen-activator inhibitor type I polymorphism (-675pb, PAI1) in SCD patients, in order to verify if these genetic factors, along with SCD genotypes, influence the clinical severity profile. The study group was constituted by 462 SCD patients from the HEMORIO, with age among 5 at 65 years-old (median of 20 years-old), being 249 female and 213 male. All the patients were diagnosed for hemoglobinopathies and the PCR-RFLP used to SCD genotype confirmation. The 844ins68 polymorphism of the CBS was investigated by PCR, and the 4G/5G of the PAI1 by PCR-RFLP (restriction enzyme BselI). To clinical severity classification we used the online program “Sickle Cell Disease Severity Calculator”. The statistics analyses were performed by STATISTICA 8.0 through chi-square test and the General Linear Models (GLM) follow Fisher post-hoc test. Our results showed interaction of SCA and CBS polymorphism, and the severity score was higher in the patients with SS with Ins-/Ins- genotype (0.50 ± 0.22) and SS with Ins-/Ins+ genotype (0.47 ± 0.22). But, by knowing the SS genotype that confere clinical severe in SCD patient, we suggest that the SCD clinical severity is modulated mainly by the disease genotype, being the SS with a higher severity score, independent of investigated polymorphisms.

Sickle Cell Disease (SCD) is a nomenclature used to characterize one hemoglobinophaties group that present the hemoglobin S (Hb S), whether in homozygous (Hb SS) named of Sickle Cell Anemia (SCA), or associated with others hemoglobins alterations, forming heterozygous compounds as Hb SC and Hb SD, and the interactive forms with thalassemias as Hb S/β0 - thalassemia, Hb S/β+ - thalassemia [1-3]. The SCA patients showed the most severe clinical form of SCD [4] and are considered to be one of the commonest genetic disorders in the world. Each year approximately 3,500 children are born with Hb SS in Brazil [5].

The clinical severity in SCD patients is a lot variable and are results of the two main pathophysiological processes due to Hb S polymerization: vaso-occlusion, with cycles of ischemia and reperfusion, and hemolytic anemia [2,6]. These pathophysiological processes modulated the clinical manifestations in SCD patients; however, probably the interaction with environmental and genetic factors may explain the clinical diversity found in patients.

The mutation of 68pb insertion (844ins68) in cystathionine beta-synthase gene (CBS - 21q22.3) contributes to high homocysteine plasma levels, and in patients with SCD, the presence of the mutation in the CBS gene is a risk factor for vaso-occlusion episodes [7]. The plaminogen-activator inhibitor type I (PAI-1) has the function of negatively regulation the fibrinolytic pathway, once these protein inhibits the tissue plasminogen-activator (t- PA) with a decrease in fibrinolysis and an increase in fibrin clots. Then the risk to cardiovascular diseases occurrence is hight [8-10]. The PAI-1 elevated levels are modulated by 4G allele in promoter region in PAI1 gene (-675 pb 4G/5G in chromosome 7q22.1 - rs1799889) [11]. In the present study, we seek to evaluate the influence these coagulation polymorphisms as genetics modulators of the clinical severity in SCD patients (SS, SC and SD genotypes).

Four milliliters of peripheral blood were collected by venipuncture in tubes containing 5% ethylenediaminetetraacetic acid of the 462 SCD patients from the Hematology Institute “Arthur de Siqueira Cavalcanti” - HEMORIO, being 249 female and 213 male with age among 5 at 65 years-old (median 20 years-old). The only inclusion criteria was all the patients had to be older than 5 years of age because the clinical manifestations occurrence. The blood sample was used to SCD confirmation and to extract DNA from the leukocytes to investigate the genetics polymorphisms.

All subjects consented to participate in this study that was approved by the Supervision and Data Security Board of the institution in accordance with the Brazilian norms and Research Ethics Committee.

Genetics polymorphisms: The polymorhism 844ins68 in CBS gene was performed to PCR using the primer sense 5’CTG GCC TTG AGC CCT GAA3’ and the antisense 5’ GGC CGG GCT CTG GAC TC 3’. The fragment size without insertion is 184 pb. Then, after the amplification the normal allele is characterized by one 184pb fragment and the mutant allele is characterized to 252pb fragment TSAI et al. The polymorphism 4G/5G (rs 1799889) was performed to PCR- RFLP. The primer sense used was 5’ CAC AGA GAG AGT CTG GCC ACG T 3’ and the antisense was 5’CCA ACA GAG GAC TCT TGG TCT 3’. The primer sense present a altered nitrogen base, adenine (A) by cytosine (C), to created the restriction site to the enzyme BselI (CCNNNNN ^ NNGG). The amplificated have 98 pb and the mutation created the restriction site to enzyme. Thus, the genotype wild (4G/4G) generated one fragment with 98 pb, and the genotype mutant (5G/5G) generated two fragments (77 and 22 pb) [12].

Clinical severity classification: We used the online tool “Sickle Cell Disease Severity Calculator”, available in https://www.bu.edu/sicklecell/downloads/Projects, to classify the SCA patients into categories according to clinical severity (mild, intermediate and severe). The network model calculates the death risk within five years and considers this risk as a disease severity score, ranging from 0 (least severe) to 1 (most severe). The calculator requires the following variables that are sufficient to compute the score for severity of disease: age, gender, serum total bilirubin, blood transfusion, reticulocyte count, LDH, MCV, total leukocyte, acute chest syndrome, pain crises, priapism, stroke, avascular necrosis of bone and genotype of SCD. Scores ranging from 0 to 0.399 were considered mild, from 0.400 to 0.599 intermediate and 0.600 to 1.0 severe [13]. This tool was standardized and validated by our research group for SCD Brazilian patients [14].

Statistical analysis: Statistical analysis was performed using the Statistica 8.0 software (StatSoft Inc., Tulsa, OK, USA) and the graphics were done using GraphPad Prisma version 5.01 for Windows (GraphPad Software, La Jolla, CA, USA). The data were tested for normality by using Normal Probability Plots of Residuals. For comparison of the clinical severity score and polymorphisms genotypes frequencies among SCD genotypes, we used chi-square test. For comparison analysis between the predictor variables, we used General Linear Models (GLMs), which provides a comparison of categorical variables (predictors) and numerical (dependent variables) corrected for variables that may affect the outcome (covariates). The SCD genotypes and 68 pb (844ins68) in gene CBS and (-675 pb 4G/5G) in gene PAI1 genotypes were selected as predictors, the hydroxycarbamide use (HC), age and genders as covariates, and the severity score as dependent variables. The post hoc used was Fisher test. Data were expressed as mean ± 95% confidence intervals and considering the significance levels of 5% (p-value<0.05).

Table 3: Clinical severity in the sickle cell disease patients according to genetics polymorphisms. 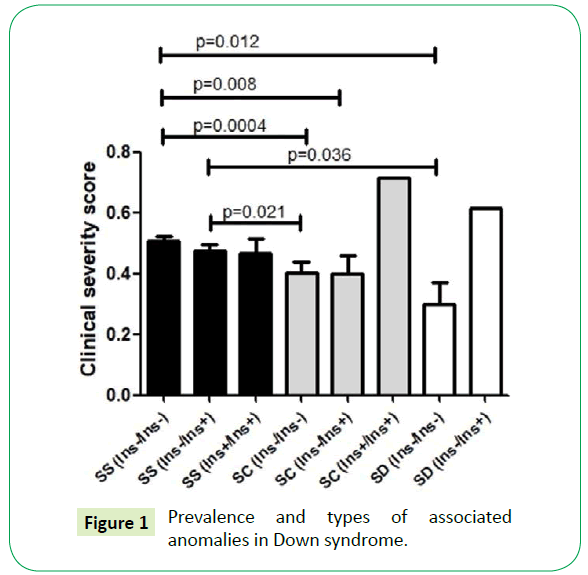 Figure 1: Prevalence and types of associated anomalies in Down syndrome.

The SCA patients presented throughout life several complications of the disease resulting in elevated clinical severity, as observed in our results in which individuals with SS genotype presented higher scores of clinical severity than individuals with SC genotype. These complication occurs due the Hb S intraeritrocitary concentration are above 90, 0% in SCA patients and almost all erythrocytes exhibit shape change, leading to hemolysis and vaso-occlusion [3].

About the vasoactivity polymorphisms, we did not observe difference in the genotypic and allelic frequencies among the subgroups. The frequence found to CBS (844ins68) polymorphism, was similar to those reported by other Brazilian researchers. In 2010, Jacob and collaborators evaluated the CBS (844ins68) polymorphism and methylenetetrahydrofolate reductase (MTHFR - C677) polymorphism in SCD patients of the state of Goias and found the highest frequency of the wild CBS genotype (Ins-/Ins-), following of heterozygous genotype (Ins-/Ins+) and the less frequency of homozygous mutant genotype (Ins+/Ins+) [7]. Similar frequency was observed in woman abortion history in Salvador (Bahia - BA) [15] and in oral câncer patients from Vitoria (Espirito Santo - ES) [16]. Also in the Mexico the similar frequence was observed in people with breast cancer and the control group [17].

To the PAI1 (-675pb 4G/5G) polymorphism generally the 4G/5G genotype is present in approximately 50.0% of the populations studied and the 5G/5G in 25.0% [18] as observed in children with acute otitis media (AOM) and a control group in the Netherlands [19], and in people with myocardial infarction in Spain [20]. In the present study, the above reported was not verified for individuals with SS, SC and SD genotypes, but the high frequency of the 5G/5G genotype. The probable explanation would be in the relation of the 5G allele, mainly in homozygous, with the decreased levels of circulating PAI-1. Lower levels of PAI-1 provide an increase in the action of the fibrinolytic system due to activation of plasminogen, formation of plasmin and degradation of the fibrin clot [10,21]. An activated and efficient fibrinolytic system for SCD patients can contribute to the improvement of the pathologies, especially those related to tissue repair. With this, we can infer that the high frequency of the 5G/5G genotype occurred due to a positive selection in SCD individuals.

When we evaluated the interaction of genetic polymorphisms with SCD genotypes as modulators of the clinical severity score, we found an interaction of the SS genotype with the CBS genotypes. Those individuals with SCA and wild (Ins- /Ins-) and heterozygotes (Ins- /Ins +) for CBS polymorphism had higher scores of clinical severity than individuals SC and SD. The presence of 844ins68 CBS gene polymorphism is a risk factor for vasoocclusive episodes in the SCD [7], but nothing is known about the absence of 844ins68 CBS gene polymorphism. Forthemore, our research group observed that Hb S and CBS (844ins68) coinheritance had a dual impact on pathophysiological processes in SCA patients, contributing to the reduction of oxidation, but increasing hemolytic processes [22]. Due to these informations and according to our results, the SCD genotype probably influenced more the clinical severity scores than the coagulation polymorphisms.

The CBS (844ins68) polymorphism and SCA interaction showed influence the clinical severity in SCD patients. However, probably the main modulator this interaction was the SS genotype due the clinical complication that generates to the patient.

We would like to thank Lucas Ramos Pereira (Department of Biology, São Paulo State University – UNESP) for English proofreading. The Support Foundation for Research and Extension of São José do Rio Preto (FAPERP) for the financial support. Silva is a partnership member of Redoxoma - CEPID / FAPESP (2013/07937-8).