Cerebral Amyloid Angiopathy Related Inflammation (CAARI) is a form of reversible encephalopathy presenting with acute or subacute onset of behavioural changes, seizures, and decline in cognition or neurological deficits. It is generally seen in adults in their 5th or 6th decade. The etiopathogenesis of caari is very closely related to alzhemiers disease which is due to deposition of amyloid precursor protein in perivascular area and thus causing cererbal edema. It can mimic a number of conditions like encephalitis, neuroproliferative disorder or vasculitis. Proper clinical assessment with aid of radiological tools helps to recognise this reversible condition early and thus providing prompt management and early recovery. Caari rarely presents with symptom like acute aphasia Here by we describe a 77 year old female on treatment for alzehmeirs disease presenting with acute aphasia and behavioural changes who was diagnosed clinically and radiologically as CAARI and treated with adequate immunosuppressive therapy and thereby early improvement and resolution of symptoms. Followup MRI after 6 months showed disappearance of periventricular inflammatory changes thus confirming the diagnosis.

Cerebral amyloid angiopathy related inflammation is an acute to subacute progressive degenerative neurological disorder which is often mistaken as the clinical and radiological features overlap those of any other neuro proliferative or hemmorhagic conditions [1]. It is a form of amyloid vasculopathy in which there is pathological deposition of amyloid b precursor in tunica intima and media of small and medium sized arteries of brain parenchyma mainly involving cortical and subcortical white matter which leads to their increased fragility and thus more susceptible to rupture and cause microhemmorhage or sometimes even macrohemmohage or it may lead to occlusion of arteries causing infarct [2].

There is considerable overlap of pathogenesis of alzhemiers disease and cerebral amyloid angiopathy with the antibodies directed against vascular Amyloid β (Aβ)-which is the same 1-42 amino acid Aβ peptide found in Alzheimer’s Disease (AD) plaques. Biopsy can provide the definitive diagnosis but it is not feasible in every cases.

The most common age group affected with this condition is seen in the 5th to 6th decade and the prevalence of the condition is about 30 to 40 cases in 1 lakh population [3]. According to the survey it has been found as the second most important cause of non-traumatic intracerebral hemmorhage, first being hypertension [4,5]. Early and prompt diagnosis of this condition is challenging as the radiological features mimic those of vasculitis, cavernoma, neoplasia, or infarct. According to the literature, case report of such condition is not reported till date in India. So we hereby report a case of 77 year old normotensive patient presenting with acute aphasia, dementia and behavioural changes.

On GRE sequence there were innumerable blooming foci in bilateral cerebral and cerebellar hemisphere suggestive of microhemmorhages. As the patient was uncooperative, CSF examination could not be done. Based on the clinical and radiological findings CAARI was diagnosed and patient was treated by intravenous high dose steroids for a period of 4 weeks. The patient’s condition improved rapidly and there was marked improvement in the symptoms. A repeat MRI examination was suggested after a follow up period of 6 months. Repeat scan revealed complete resolution of cerebral edema and persistence of microhemorrhages (Figures 1-3). The pathogenesis is antibody mediated inflammatory response which is responsible for the edema which is perivascular and not directly affecting the vessels in which there is deposition of amyloid precursor. Patients present with acute decline of congition, speech disturbance, and stroke like symptoms, seizures, headache, and focal neurological deficit are commonly encountered [7]. CAARI patients rarely present with complaint of acute aphasia. Hemmorhagic stroke as in CAA is also rarely seen.

CAARI, a relatively rare form of cerebral amyloid angiopathy is a reversible and acute neurological disorder affecting elderly normotensive patients commonly [6]. The etiology of CAARI is mainly divided into a sporadic (spontaneous) more common and a relatively rare cause inherited as autosomal dominant familial forms. Revised diagnostic criteria for CAARI are as follows:

Probable CAARI (all of the below):

• Acute or subacute onset of symptoms.

• Presence of 1 or more of the following clinical features: Headache, decrease in consciousness, behavioural change or focal neurological signs and seizures.

• Magnetic Resonance Imaging (MRI) with patchy or confluent T2-weighted or Fluid-Attenuated Inversion Recovery (FLAIR) lesions, which are usually asymmetric, with or without mass effect, and with or without leptomeningeal or parenchymal enhancement.

• The absence of neoplastic, infectious, or other causes.

• Definite CAARI (all of the above criteria met plus histopathological examination confirming the diagnosis).

• Inflammation of perivascular or intramural portion of the vessels.

• Amyloid deposition in the cortical vessels of the affected region [8].

Radiological investigation like MRI is the modality of choicefor evaluating such patients. On MRI imaging, the commonly involved areas are cortical and subcortical white matter which shows symmetrical or assymmetrical discrete areas of hyperintensity representing vasogenic edema due to inflammation which may become confluent. On susceptibility imaging, there are numerous areas of blooming foci at grey white matter interface representing microhemmorhages due to cerebral amyloid angiopathy. Also there can be nonspecific features like leptomeningeal enhancement or cerebral parenchymal lesions [9].

Other conditions which mimic CAARI are CNS vasculitis and tumor which can be ruled out by biopsy and MR spectroscopy.

As it is an inflammatory disorder prompt recognition with appropriate therapy with adequate immunosuppressants decreases considerable morbidity and mortality in patients with clinical and radiological improvements [10].

CAARI, is often misdiagnosed as its clinical features resemble other conditions and should be kept in mind in elderly patients presenting with sudden deterioration in cognition, dementia, behavioural changes and immediate radiological imaging with MRI and subsequent treatment with appropriate immuno suppressive therapy provides favourable outcome and markedly reduced morbidity. 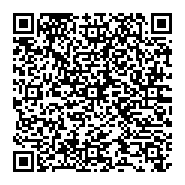