Picornaviruses cause several diseases, not only in humans but also in various animal hosts. For instance, human enteroviruses can cause hand-foot-and-mouth disease, herpangina, myocarditis, acute flaccid paralysis, acute hemorrhagic conjunctivitis, severe neurological complications, including brainstem encephalitis, meningitis and poliomyelitis, and even death. The interaction between the virus and the host is important for viral replication, virulence and pathogenicity. This article reviews studies of the functions of viral and host factors that are involved in the life cycle of picornavirus. The interactions of viral capsid proteins with host cell receptors is discussed first, and the mechanisms by which the viral and host cell factors are involved in viral replication, viral translation and the switch from translation to RNA replication are then addressed. Understanding how cellular proteins interact with viral RNA or viral proteins, as well as the roles of each in viral infection, will provide insights for the design of novel antiviral agents based on these interactions.
Picornaviruses are a large family of animal viruses, which are pervasive in nature. Certain members of this family are well known since they importantly affect human health. The family Picornaviridae consists of five genera - enteroviruses, rhinoviruses, cardioviruses, aphthoviruses, and hepatoviruses. Picornaviruses are small icosahedral particles containing a single-stranded plus sense RNA genome with approximately 7,500 nt in length. It contains a 3' poly(A) tail with a variable length from 65 to 100 nt. The infection of cells by enterovirus is an efficient and productive event. To complete the life cycle of the virus, viral proteins are involved in viral replication and translation, in addition to altering host functions, such as cellular gene expression, protein localization, signal transduction and membrane rearrangement. This review focuses on the functions of viral and host factors involved in the life cycle of picornaviruses. 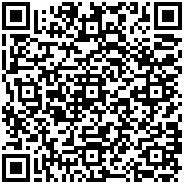