Unilateral Renal Agenesis and the Awareness of Mostyn Embrey Syndrome

Background: Mostyn Embrey syndrome is a rare disorder associated with unilateral renal agenesis and malformations of the female reproductive tract. Delayed diagnosis is associated with serious diagnostic difficulties that may lead to inappropriate management including harmful surgery.

Aim: The aim of this paper is to describe the first case of this rare syndrome in Iraq and, and to make a recommendation that pediatricians, and pediatric nephrologists need to be aware of this syndrome to avoid unexpected presentations which may lead to delayed diagnosis and sometimes to inappropriate management.

Case report: An 18-year-old female presented with acute abdominal pain and poor urine output associated with retention of urine; about three years after the onset of menses. The pain was radiating to the back and pelvis. Her menstrual cycles started at the age of fifteen, and were lasting seven days. Cycles were associated with normal flow. The first physician the patient consulted considered the diagnosis of uterine tumor and the need for hysterectomy, but the family of the patient consulted another physician. Vaginal exam was performed and showed bulging left vaginal wall. The diagnosis of hematocolpos was made. A clotted blood was drained by trans- vaginal approach. Abdominal MRI showed left renal agenesis, and two uterine bodies, cervices, and vaginas with normal myometrium and endometrium (uterine didelphys), and normal ovaries.

Conclusion: A greater awareness of this syndrome by pediatricians and pediatric nephrologists should contribute to making early accurate diagnosis and early appropriate management before puberty.

In 1950, Mostyn P. Embrey [1,2] provided the first excellent description of the occurrence of uterus didelphys, hemivaginal obstruction in association with ipsilateral renal agenesis in an unmarried 17-year old girl referred to hospital because of abdominal swelling.

The association of duplication abnormalities of the uterus with obstructed hemi-vagina and renal agenesis ipsilateral to the side of obstruction was explained by embryologic arrest at the eighth week of gestation which simultaneously affects the müllerian and metanephric ducts [1,2].

During the period from 1950 to the end of 1970, sixteen cases were described in English literature including the first case of Mostyn P. Embrey [2]. As early as 1957 the case report of Gibberd [3] provided early important lessons.

• The diagnosis of hematocolpos which is caused by hemivaginal obstruction can be easily missed because of the absence of the leading symptom of cryptomenorrhea.

• The imperforate hymen can be missed because of the reluctance to perform vaginal examination because of virginity.

The most common clinical manifestation of Mostyn Embrey syndrome is dysmenorrhea, pelvic pain, vaginal or pelvic mass after menarche. Early diagnosis is important, to preserve fertility, and adhesion due to retrograde menstruation, hematometra, hematosalpinx and endometriosis which lead to distorted pelvic anatomy. These anomalies could be diagnosed with ultrasonography and magnetic resonance imaging. Resection or incision of vaginal septum is adequate treatments to relieve symptoms and reserve fertility in classic Mostyn Embrey syndrome.

Mostyn Embrey syndrome should be considered in the differential diagnoses in young females with unilateral renal agenesis presenting with pelvic mass, symptoms of acute abdomen and acute urinary retention [1].

Early accurate diagnosis followed by excision of the obstructing vaginal septum is associated with complete relief of symptoms and preserve reproductive function by preventing irreversible damage of the pelvic viscera from chronic cryptomenorrhea [1].

The awareness of the Mostyn Embrey syndrome by pediatric nephrologists leads to early diagnosis and allowing for early and proper surgical intervention and reduced long-term morbidity [1-3].

An 18-year-old unmarried female presented with acute abdominal pain and poor urine output associated with retention of urine about three years after the onset of menses.

The pain was radiating to the back and pelvis. Her menstrual cycles started at the age of fifteen, and were lasting seven days. Cycles were associated with normal flow. However, she was frequently experiencing dysmenorrhea. During school, she was less tolerant to sport activities and was frequently developing palpitation, shortness of breath and hypotensive episodes. Echocardiography showed mild mitral prolapse.

Her parents were unrelated. She has two brothers; one brother has two healthy male children and the other brother has a daughter with cricopharyngeal achalasia. Her mother and two brothers had history of renal stone. Her cousin who is four years older was known to have bicornuate uterus and single kidney, but she didn’t have hematocolpos and she gave birth to two males.

A syndrome is a collection of medical signs and symptoms that are associated with each other and, often, with a specific disease or disorder. Syndromes in medicine are often named after the physician or group of physicians that discovered them or initially provided the full clinical picture or the best description of the syndrome. However, many of the rare syndromes have been described by physicians in many areas of the world before the era of the internet which has been associated with easy access to clinical reports throughout the world. Unfortunately, some syndromes have been attributed unfairly and inappropriately to physicians other that those first described them.

Mostyn P. Embrey was the first to report the association of uterus didelphys, hemi-vaginal obstruction in association with ipsilateral renal agenesis. During the period from 1950 to 1970, sixteen cases were described in English literature including the first case of Mostyn P. Embrey. Most of the cases were classical Mostyn Embrey syndrome: Woolf and Allen [four cases], Semmens, Gibberd, Hill, Allan and Cowan [Three cases], Thompson and Lynn [Two cases] and Lewis and Brent. Atypical cases (variants) of the syndrome associated with bicornuate uterus rather than didelphys uterus were reported by Thompson and Lynn in 1966 and Burton in 1968 respectively [1].

It is intriguing and disturbing to discover the following facts about the historic reporting of Mostyn Embrey syndrome:

• Wunderlich M [5] reported the thirty first case of the syndrome more than twenty-five years after the report of Mostyn P. Embrey.

• Gazárek et al. [6] reported in 1979 four cases of Mostyn Embrey syndrome. They described them as having “duplication of uterus, para-cervically localized cystic resistance and renal aplasia on the same side”. It is very surprising that Gazárek et al. considered their cases to have two different syndromes; the Herlyn-Werner syndrome in two cases and the Wunderlich syndrome in the other two despite all apparent similarity of the four cases.

The patient of Wunderlich was described as having bicornuate uterus with simple vagina and isolated hematocervix on right without connection of the right uterus to the vagina in association with aplasia of the right kidney and ureter.

Non classical forms of Mostyn Embrey syndrome associated with bicornuate uterus rather than didelphys uterus have already been described before Wunderlich by Thompson and Lynn, Burton, Amon and colleagues [1].

Obviously, the occurrence of bicornuate uterus in two of the four patients of Gazárek et al. and their unawareness of all the previously reported cases led them to their inaccurate description of the well-known syndrome.

The classical uterine abnormality in Mostyn Embrey syndrome is didelphys uterus which is sometimes described as duplicated or double uterus. However, other uterine abnormalities especially bicornuate uterus and septate have been associated and such cases can be considered a variant of the classical syndrome. Such variants have been reported by many authors including Rock and Jones, Stassart et al. and

However, incomplete variants of the syndrome exist including the cases reported Fried et al. Their cases had bicornuate uterus or unicornuate uterus and unilateral renal agenesis but without hemi-vaginal obstruction and hematocolpos [1,8]. Acute retention of urine as the initial clinical presentation has been rarely reported in this syndrome. This case is the seventh case of Mostyn Embrey syndrome presenting with retention of urine [1].

Strong suspicion and knowledge of this syndrome are mandatory for an accurate diagnosis. In fact, Accurate diagnosis and surgical treatment can be delayed for several months or even years. The treatment of patients with classical Mostyn syndrome is generally simple vaginal excision of obstructive septum.

Ultrasound is affordable, non-invasive, widely available imaging modality that contributes to the accurate diagnosis of Mostyn Embrey syndrome. However, there can be difficulties in visualizing the vaginal septum on ultrasound which best shown on MRI. MRI can facilitate early diagnosis and thus help in the prevention of further complications because MRI can show the müllerian duct anomaly complicated by obstructed hemi-vagina in detail and also the ipsilateral renal agenesis [1]. Hollander and colleagues when reporting a case of the syndrome made a recommendation for pre-adolescent screening [10]. 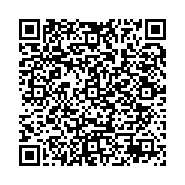