In this generation among the fast killing diseases, cancer is not a small factor. There has been and still intensive study on the occurrences and mechanism of cancer. Due to the fact that there has not been any scientifically proven treatment that specific to the various forms of cancer, the controversies as to what cause this cancers are exponentially high. One of this is the concept of trans-fat containing foods are causing cancer. Trans-fat foods up to date are believed by many that is a causing cancer instead of a risk to cardiovascular diseases. In this review, some concrete facts are further looked into to defeat the idea of trans-fat as carcinogens. Cancer itself is thoroughly explained and types of cancers in relations to the sources of foods that are claimed high risk. The chemistry of saturated and unsaturated fatty acids was also dealt with and foods that are proven to be rather protective to causing cancer are also highlighted. None the less, the reasons why trans-fats were term carcinogens was explained and disproved. Among the review article, there has not any scientific proof as to trans fats as carcinogenic instead a risk to heart diseases and for this, extensive use of these food items are advised to be less consumed. Food is among the sources of energy that we cannot go without. These foods are prepared and served in many different ways to fulfill their purposes. Since nature is perfect, food sources in their original states are generally less harmful to human. However, due to the ways these foods are handled especially during processing or storage, can lead to some chemical transformations of their major ingredients like protein, lipid, antioxidants or other additives. He extent of these alterations can be as serious as changing the taste or flavour of the food or in most cases can just be a mere changes in the structural components of the major ingredients thereby producing an unnoticeable ect that may not be compatible with the normal physiochemical processes of the human system. This causes an abnormal cellular function which is prerequisite to some health complications like cancer, diabetes, cardio vascular diseases and other foodborne health problems. 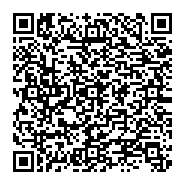