The Islamic Modification of Cognitive Behaviorally Therapy for Muslims with Depression

With nearly 1.5 billion adherents, the religion of Islam is rapidly growing across the world. Accompanying the growth of Islam is a rise in the prevalence of mental illnesses. Today, Cognitive Behavioral Therapy (CBT) is one of the most widely applied psychotherapeutic techniques for treating a variety of mental disorders. In the past, CBT has been modified to better suit the differing cultural demands of patients from non-Western backgrounds, and favorable outcomes were seen. In light of this, this review aims to answer the question; ‘Is an Islamically modified version of CBT more effective for treating depression in Muslims than conventional CBT?’ This review summarized the available publications on Islamicallyinformed attempts at conducting psychotherapy for Muslims with depression, as well as the evidence for the efficacies of these attempts. Sources were found using PubMed, Psych Info and Smart Cat Rug. Our search yielded eight attempts at an Islamically-informed version of psychotherapy, including four publications demonstrating the efficacy of Islamicallyadapted psychotherapeutic techniques. A recurrent finding was that the improvement of depressive symptoms in Muslim patients was greater following the implementation of psychotherapeutic techniques or strategies that included Islamic elements than from conventional psychotherapy. However, no studies exist that compares Islamically-guided psychotherapeutic approaches with conventional CBT on their ability to alleviate depressive symptoms in Muslims. More research is needed on this topic in order to produce a culturally adapted evidence-based manual for conducting CBT with Muslims. 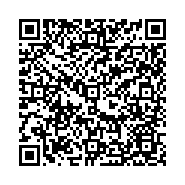