Midventricular obstruction of the left ventricle is an increasingly recognised phenotypic variant of hypertrophic cardiomyopathy (HCM) due to the widespread availability of Cardiac Magnetic Resonance Imaging(CMR). This variant is clinically and prognostically significant with MRI playing a major role in detection. Herein we present a case of HCM with midventricular obstruction where MRI showed apical aneurysm with scarring and midventricular gradient. Incidence, pathophysiology, diagnosis role of CMR and treatment of this variant of HCM is discussed.

Hypertrophic cardiomyopathy (HCM) is a relatively common inherited (Autosomal dominant) disorder of the cardiac muscle with a prevalence of 1:500 in the general population [1]. HCM is caused by over 1400 mutations in at least 11 genes encoding proteins of the cardiac sarcomere resulting in dysfunction of the myocardium. It is the most common cause of sudden cardiac death in less than 35 years [2]. Wide genetic heterogeneity of HCM manifest itself with wide variations in the morphologic expression of the disease like asymmetric septal hypertrophy (most common phenotypic variant), isolated mid-ventricular/ apical, RV involvement and posteroseptal and isolated lateral wall hypertrophy[1].

We present a unique variant of HCM with midventricular obstruction (MVO) resulting in apical aneurysm. These patients are considered high risk with adverse event rates of 6% per year which is three times greater than that of HCM patients without aneurysm [3].

Mid ventricular HCM is diagnosed by the midsystolic muscular apposition of the septum and left ventricle free wall producing "hourglass" shape of cavity with distinct proximal(Low-pressure) and distal(High-pressure) chambers with associated MVO or Left ventricular outflow tract obstruction(LVOTO) in few cases. It has prevalence of 2.9-9.4% of all HCM cases [5]. MVO is considered an independent predictor of HCM related death [9]. Minami et al, found that these HCM patients experience more sudden cardiac death and lethal arrhythmias compared to HCM patients without midventricular obstruction [13].

Recent studies have demonstrated that the aneurysmal rim forms the culprit arrhythmogenic substrate interspersed with vital muscle with re-entry through the border zones which increases the risk of sudden cardiac death(SCD) [5,9]. Other risk factors for SCD like non sustained Ventricular tachycardia, maximal LV wall thickness ≥3 cm,>15% myocardial scar burden on CMR, family history of SCD, history of syncope, and an abnormal blood pressure response to exercise also add up the risk resulting in an overall increase of SCD.

Apical thinning due to scar which later balloons out and produces relative stasis in the region inducing thrombus formation [8].This explains the high risk of thromboembolic events in this subgroup of patients. It is important since other variants of HCM usually does not predispose to LV clot formation. It is suggested that these patients should be considered as a high risk in risk stratification of HCM patients validating anticoagulation, implantable cardioverter-defibrillator (ICD) implantation and early surgical intervention.

The detection of apical aneurysms by echocardiography in HCM patients may be difficult and the detection rate is around 57% mentioned by Maron M et al.[7], all of which were either medium or large aneurysms. Furthermore, echocardiography is subjective and depends on acoustic window as well as aneurysm size. CMR is recommended whenever there is inadequate evaluation by echo, suspicion of LV aneurysm and requirement to assess the extent of fibrosis[10]. A midventricular peak pressure gradient of 70 mmHg is an independent predictor of future left ventricular aneurysm formation. Once aneurysm forms, Pressure gradient may decrease at mid-ventricular level but complication may still progress in the absence of high velocity and pressure gradient [5].A retrospective review by Rowin EJ et al., in 93 HCM patients with LV aneurysm showed only 50 patients were identified with echocardiography. Rest all patients were diagnosed with the help of CMR or CT. CMR showing a greater spatial resolution, proves to be 100% sensitive in revealing this entity [3]. MRI also helps to estimate the wall thickness, scar burden, apical thrombus and Left atrial dilatation which are crucial in prognostication.

Differentials to be considered are Tako-tsubo cardiomyopathy, Apical MI or apical HCM. On CMR, these can be differentiated by detection of myocardial edema, comparing the myocardial wall thickness of affected and non affected segments, based on LGE pattern which is absent in Tako-tsubo cardiomyopathy and different in apical HCM and apical aneurysm. Clinical and laboratory data may also be useful.

Currently treatment options are controversial. Non-surgical treatment is targeted at reducing obstructive gradient with the help of Beta-blockers and calcium channel blockers to restore cardiac output [8,11]. Amiodarone is useful in patients with arrhythmia especially with scar on CMR. This group represent a high risk for stroke and prophylactic anticoagulation is indicated especially in patients with low ejection fraction. Although there are no guidelines regarding ICD placement in these patients, it should be considered early to prevent SCD due to arrhythmia. Radiofrequency ablation may be helpful in cases of recurrent ventricular tachycardia. Surgical treatment option includes transaortic mid-septal and papillary muscle reduction to reduce gradient in selective cases[5,6,9].

HCM with MVO is an uncommon presentation and apical aneurysms in such patients may be missed in ECHO due to poor sensitivity. The presence of apical aneurysm in HCM patient portends a significant arrhythmic and thromboembolic risk more than the other variants of HCM and MRI is required in such cases where there is any suspicion of midventricular gradient in ECHO. These sub sets are high risk for SCD and should be considered for implantable cardioverter defibrillator placement and prophylactic anticoagulation to decrease adverse cardiac events. Sufficient clinical and imaging awareness is paramount in detecting these subgroups. 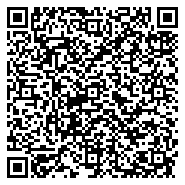