Dengue is becoming recognized as one of the most important vector-borne human diseases. It is predominant in tropical and subtropical zones but its geographical distribution is progressively expanding, making it an escalating global health problem of today. Dengue presents with spectrum of clinical manifestations, ranging from asymptomatic, undifferentiated mild fever, dengue fever (DF), to dengue hemorrhagic fever (DHF) with or without shock (DSS), a life-threatening illness characterized by plasma leakage due to increased vascular permeability. Currently, there are no antiviral modalities or vaccines available to treat and prevent dengue. Supportive care with close monitoring is the standard clinical practice.
Dengue, a vector-borne human disease, has been recognized recently as one of the most significant public health threats, causing high morbidity and mortality worldwide. The disease is caused by the infection of dengue virus that is transmitted to human beings by the bite of a mosquito– domestic Aedes aegypti being the principal vector– although some other species, such as Aedes albopictus, are of importance. There are four serotypes (DENV1, DENV2, DENV3, and DENV4), each being capable of inducing typical dengue manifestations. The spectrum of illness is wide, ranging from inapparent or asymptomatic, mild febrile with varying degrees of thrombocytopenia, hemorrhaging and increased vascular permeability typical of dengue hemorrhagic fever (DHF), to plasma leakage and severe shock syndrome. A large majority of the dengue infections occur in humans without any noticeable illness. However there are many incidences of symptomatic disease; they can be partitioned into two syndromes: dengue fever (DF) and DHF/dengue shock syndrome (DSS). While DF is a simple, self-limited febrile illness, DHF is a severe and potentially life-threatening condition.
There are many excellent reviews on dengue pathogenesis, including the topics of dengue viral biology, the immune-mediated hypothesis, intervention strategies, and dengue diagnostic issues. These aspects will not be included in the focus of the current article; readers who are interested in these details are encouraged to refer to the literature. 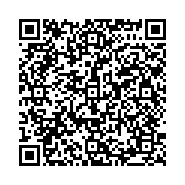