Self-care agency refers to the individuals' ability to recognize their needs to identify and perform self-care actions. However, the literature regarding the predictors of self-care agency among nursing students is limited. More specifically, the association between the dimensions of health literacy and self-care agency is lacking.

This study was conducted to investigate whether nursing students' health literacy predicts self-care agency. A cross-sectional design was used. A total of 178 nursing students participated in this study. The participants completed the Health Literacy Questionnaire and the Appraisal of Self-Care Agency Scale-Revised. Bivariate correlations and multiple linear regression (Enter method) analyses were performed.

Health disparities are defined by the Centers for Disease Control and Prevention (CDC) as “preventable differences in the burden of disease, injury, violence, or opportunities to reach your best health” that are experienced by socially disadvantaged populations (Centers for Disease Control and Prevention, 2008). Sexual and gender minorities (SGMs) are recognized by the National Institutes of Health (NIH) as a health disparities population. Research reviewed in consensus study reports from the Institute of Medicine (now, the National Academies of Sciences, Engineering, and Medicine (Institute of Medicine, 2011; National Academies of Sciences, 2020) show that compared with heterosexuals, sexual minorities report higher rates of physical and mental health problems, such as substance use disorders, depression, suicidality, and cardiovascular disease. Transgender people also report poorer health than cisgender people (those whose gender identity matches their assigned sex at birth) and have particularly high rates of psychological distress and suicidality. Reduction of health disparities is a fundamental goal of public health research and practice. Although there is evidence that educational interventions are effective in improving care for SGM people (Sekoni et al., 2017) and for the clear need for tailored evidence-based care, prevention, and treatment, this is lacking in most health care settings in large part due to the lack of attention to SGM health in health professions education (Institute of Medicine, 2011).

Subsequently, the National Nursing LGBTQ Health Summit, held November 21 to 22, 2019, brought together nursing leaders in education, research and practice, and experts or stakeholders in SGM education, research, clinical care and policy to take the first steps toward creating a national action plan and unified nursing agenda to improve SGM health.

Although we used the acronym LGBTQ (i.e., lesbian, gay, bisexual, transgender, queer) in the name of the Summit—and in the title of this report—we use the terms sexual and gender minority and the acronym SGM throughout the rest of the report. SGM has been increasingly used over the past 5 to 10 years, especially following the establishment of the Office of Sexual and Gender Minority Health in 2015 at the NIH, and the official designation of SGM people as a health disparity population for NIH research in 2016. As noted in the announcement of this designation, “The term SGM encompasses lesbian, gay, bisexual, and transgender populations, as well as those whose sexual orientation, gender identity and expressions, or reproductive development varies from traditional, societal, cultural, or physiological norms.” Thus, SGM is more encompassing and inclusive than LGBTQ, or LGBTQIA+, acronyms that are continuing to evolve and change.

Below we provide an overview of the literature focused on nursing education, research and practice related to SGM health, recommendations for the nursing profession, and a summary of the Summit and its outcomes. 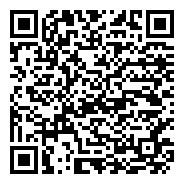