Beyond abnormalities in neurotransmitter hypothesis, recent evidence suggests that mitochondrial dysfunction and impaired immune system contribute to the pathophysiology of schizophrenia. Prefrontal cortex (PFC) undergoes maturation and development during adolescence as a critical time window, during which brain is vulnerable to environmental adversities and is prone to the development of psychiatric disorders such as schizophrenia. Methods: Applying eight weeks of post weaning social isolation stress (PWSI) to rats, as an animal model of schizophrenia, we evaluated the effects of PWSI on the mitochondrial function and expression of immune-inflammatory genes in the PFC of normal and stressed rats and then, each group were divided into treatment (clozapine; CLZ, 2.5 mg/kg/day for 28 days) and non-treatment groups. Results: Our data showed that PWSI provoked schizophrenic-like behaviors in rats and induced mitochondrial dysfunction and upregulation of genes associated with innate immunity in the PFC. Chronic treatment with CLZ attenuated the effects of PWSI on behavioral abnormalities, mitochondrial dysfunction as well as immuneinflammatory responses in the PFC of rats. Conclusions: These results may advance our understanding about the mechanism of action of CLZ that targets mitochondrial dysfunction and immune-inflammatory responses as factors involved in the pathophysiology of schizophrenia. The complexity of schizophrenia may help explain why there are misconceptions about the disease. Schizophrenia does not mean split personality or multiple-personality. Most people with schizophrenia are not dangerous or violent. They also are not homeless nor do they live in hospitals. Most people with schizophrenia live with family, in group homes or on their own. Research has shown that schizophrenia affects men and women about equally but may have an earlier onset in males. Rates are similar around the world. People with schizophrenia are more likely to die younger than the general population, in part because of high rates of co-occurring medical conditions, such as heart disease and diabetes. 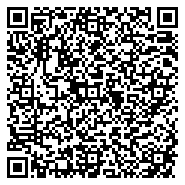