Lercanidipine-Induced Cloudy Effluent in a Patient with Peritoneal Dialysis

Continuous ambulatory peritoneal dialysis (CAPD) is one of the renal replacement therapy modality for patients with end stage renal disease (ESRD). Infectious or non-infectious etiologies underlie the cloudy effluent in CAPD patients. Peritonitis is a serious complication of CAPD that is usually presented with cloudy effluent [1]. Polymorphonuclear leukocytes (PMNL) that passed through the peritoneal fluid are the main reason of the cloudy effluent in cases with peritonitis. Clinical course of peritonitis consists of nausea, vomiting, abdominal pain, fever and presence of microorganism which was generally obtained in culture of peritoneal fluid [2].

There are also non-infectious causes of cloudy effluent in patients with CAPD. In the absence of peritonitis noninfectious causes divided into cellular and non-cellular subgroups. Cellular reasons include eosinophilia (allergic reactions to PD solutions or Tenckhoff catheter, intraperitoneal malignancy, rupture of hydatid cyst, vasculitis, polyserositis), PMNL migration without infection, leakage of malignant cells or leakage of erythrocytes into the peritoneal cavity [1,3,4]. Culture negative cloudy effluent may also have related with acute abdomen such as cholecystitis, incarcerated hernia, pancreatitis, acute appendicitis and sterile organ rupture which was caused to PMNL migration into the peritoneal cavity in CAPD patients [5]. Non-cellular causes include drugs, trauma, fibrin and increased peritoneal triglyceride levels [1].

Among the drugs, cefalotin, cefazolin, gentamycin, chloramphenicol, amphotericin B, thrombolytic agents, vancomycin and dihydropyridine group of calcium channel blockers (CCBs) are associated with turbidity of the effluent [6,7]. Manidipine, benidipine, nifedipine and nizoldipine have also been reported that induce cloudy effluent among CCBs [8,9].

Herein, we report of a patient with CAPD and cloudy effluent occurrence after using lercanidipine 10 mg once daily within one day.

A 64-year-old female patient who had been treated with CAPD for one year was admitted our hospital due to turbid peritoneal effluent accompanied by constant abdominal pain that began one day before her admission (Figure 1). The underlying reason of ESRD is hypertension. She had no history of peritonitis. Her medical history includes hypertension for ten years. She had no smoking or alcohol habits. Her medication includes olmesartan 20 mg once daily, calcium acetate 700 mg three times daily, calcitriol 0.50 mcg once daily and darbepoetin alfa 20 mcg weekly injections. Patient had approximately 1500 mL urine; CAPD prescription consisted of four cycles of 2 L exchanges with 1.36% glucose solution per day. She had no fever, nausea and vomiting. On physical examination, she was fully oriented and cooperated. 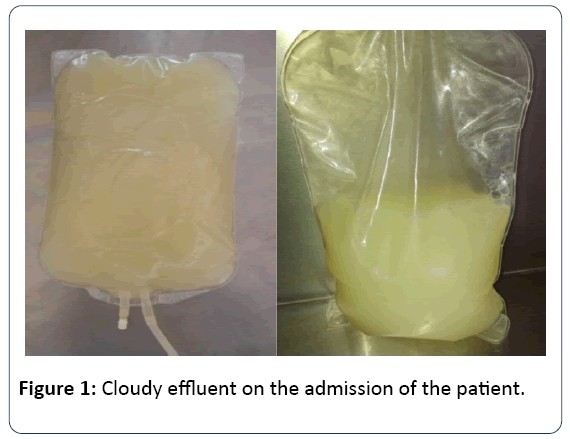 Figure 1: Cloudy effluent on the admission of the patient.

Blood pressure was 160/100 mmHg, heart rate was 80 beats per minute and rhythmic, body temperature was 36.8°C and breathing rate was 18 per minute. There was no tenderness and rebound in the abdomen and bowel sounds were normal. Catheter exit site was clean. Samples taken from the effluent for the leukocyte count, gram staining and culture at the end of the 6-hour dwell period. There were no fibrin, blood particles and leucocytes in the specimen. Gram staining revealed no properties and there were no any bacterial or fungal pathogen in the culture.

Urine and blood cultures were all negative in terms of any other infection. Analyses of the cloudy peritoneal effluent demonstrated triglyceride concentration 80 mg/dL. On reviewing her current medications, she had been prescribed lercanidipine 10 mg once daily a day ago. After exclusion of the acute abdomen and infectious peritonitis paracetamol 500 mg p.o. administered to the patient .6 hours later she was reported that the pain was completely regressed. After discontinuation of lercanidipine, the effluent was normalized within 24 hours (Figure 2). 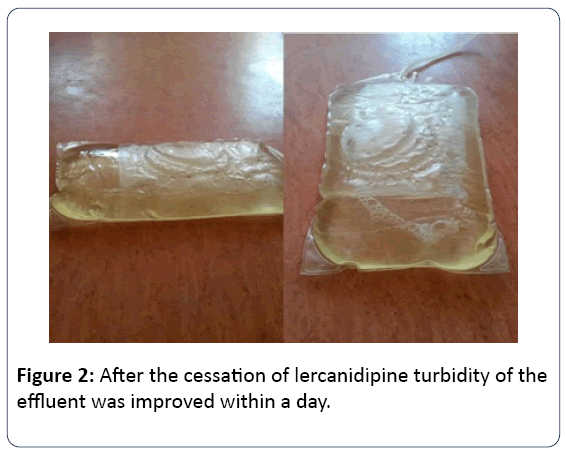 Figure 2: After the cessation of lercanidipine turbidity of the effluent was improved within a day.

Calcium channel blockers have been used in the treatment of hypertension since the 1980s. They divided into different groups according to the functional molecular structures which include phenylalkylamine, benzodiazepine or dihydropyridine [6]. Possible causes of the formation of turbid effluent due to CCBs are thought to be lipophilic structures, gastroenterological system specific effects on lymph ducts and blood vessels [10,11].

Lercanidipine a new liphophilic vasoselective dihydropyridine- type calcium channel blocker with a growing use in recent years. It leads to systemic vasodilatation by blocking the influx of calcium ions through L-type calcium channels in cell membranes. It has a higher vascular selectivity, highly lipophilic feature, better tolerability and lower incidence of adverse effects, especially ankle edema. It has been rarely shown that lercanidipine have caused chyloperitoneum via increasing the trygliceride levels of peritoneal fluid, however the underlying mechanism of increasing tryglseride level has not been completely clarified [11].

In conclusion, physicians should be aware of drug induced cloudy effluent in CAPD patients in the absence of peritonitis. It is important to diagnose non-infectious causes of turbid effluent to avoid unnecessary antibiotics therapy and their costs. Drugs, trauma and other possible causes should be questioned carefully.

The authors report no conflicts of interest.