A novel yeast strain from fermented turnip beverage called shalgam produced in southern Anatolia region of Turkey was isolated upon incubation in YPD agar for 2 days at 30 °C. The DNA extraction of this yeast organism was performed using Machery-Nagel microbial genomic DNA isolation kit according to the protocols described in the manual. To quantify and DNA quality check, extracted DNA sample was loaded to Nano drop. The concentration of DNA and A260/A280 ratio achieved were 83.9 ng/µl and 2.09 respectively. Further, the DNA were amplified using the yeast specific primers for highly conserved regions of chromosome. The primers used to run PCR amplifications were as follows ITS1: TCCGTAGGTGAACCTGCGG, ITS4: TCCTCCGCTTATTGATATGC, NL1: GCATATCAATAAGCGGAGGAAAAG, NL4: GGTCCGTGTTTCAAGACGG, GACA4: GACAGACAGACAGACA and M13: GAGGGTGGCGGTTCT.Among 4 different primers used, only ITS provided specific binding to DNA which became evident in gel electrophoresis bands. The ITS amplified PCR products were first purified and sent for Sanger sequencing. The DNA fragment reads were further processed using BLAST function in NCBI. The closest hits for ITS forward and ITS reverse Sanger reads appear to be P. occidentalis strains although no 100% nucleotide identity achieved. This indicates that yeast we isolated from shalgam beverage is a unique strain of P. occidentalis. To better understand the metabolic potentials of this novel strain, whole genome analysis by next generation sequencing should be explored. 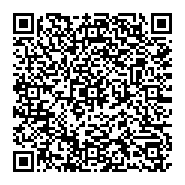