Hereditary hemochromatosis (HH) is characterized by progressive iron deposition and tissue injury secondary to inappropriate intestinal iron absorption. The H63D mutation is a relatively rare cause of symptomatic HH. Heterozygous H63D patients rarely show disease symptoms. The risk of hepatic malignancy as a consequence of HH is largely prevalent in the setting of cirrhosis. Cholangiocarcinoma is the second most common hepatic malignancy. Intrahepatic Cholangiocarcinoma (ICC) secondary to heterozygous H63D HH in the setting of secondary iron overload is a very rare occurrence. This patient was found to have iron overload with H63D heterozygous mutation and cirrhosis. This was a suspicious finding given this usually benign mutation. A CT of the abdomen revealed intrahepatic cholangiocarcinoma. We present a case of this patient with H63D heterozygous`mutation who developed iron overload as the first sign of cholangiocarcinoma. Treatment of the malignancy lead to improvement in the ferritin level. 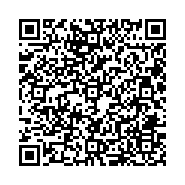