Influence of Probiotics on Human Health with Immune Modulatory Effects

Probiotics are defined by the World Health Organization as "live microorganisms, which when administered in adequate amounts, confer a health benefit upon the host." New therapeutic approaches are being developed by affecting the microbial composition of the gut immune system towards several inflammatory diseases. They are based on the fact that gut immune system is influenced by many factors, including dietary components and commensal bacteria. Although probiotics (live microorganisms) have already shown promising methods as treatments for several diseases in both clinical and animal studies, an understanding of the molecular mechanisms behind the direct and indirect effects on the gut immune response will facilitate better and possibly more efficient therapy for diseases. Recent discoveries show that the role of probiotic bacteria and the resident micro biota extend far beyond gastrointestinal health. It has revealed neuroÃƒÂ¢Ã‚â‚¬Ã‚Âchemical importance of intestinal homeostasis [1].

The health benefits imparted by probiotic microorganisms or living beneficial organisms that maintain the balance of microorganisms in the human intestines and the benefits are strain specific. No strain will provide all proposed benefits, not even strains of the same species will be effective against defined health conditions [2]. As not all the desirable properties are expressed by all probiotic microorganisms, numerous strains with lack of pathogenicity are continuously screened and characterized to select those with potential [3]. Tolerance to the extreme gastrointestinal conditions (acid, bile, enzymes, low levels of oxygen), ability to adhere to the gastrointestinal mucosa and competitive exclusion of pathogens have been some criteria for probiotic selection [4].

Mucous membranes of the body are in direct contact with the outside environment and they are colonized by a large number of different bacteria. Through mucous membranes, the organism is in permanent contact with different antigens. Mucous surfaces are protected by many defense mechanisms that ensure a permanent and effective protection. They include the production of secretory IgA, the production of mucus, cytoprotective peptides, defensins, etc. Indigenous micro flora markedly affects the structure of the host mucous, its function, and the development of the whole immune system. Protective micro flora prevents pathogens from adhering by competition for substrates and places of adhesion, and they simultaneously produce antibacterial substances and stimulate the production of specific antibodies and mucus. The early colonization of the gut with living micro-organisms is important for the development of the gut protection barrier. The number of immune and epithelial cells increases.

Probiotic micro-organisms including lactic acid bacteria (LAB) positively influence the composition of the gut micro flora; they stimulate the production of secretory IgA; they affect the targeted transportation of the luminal antigens to Peyer’s patches and they increase the production of IFN-γ. LAB stimulates the activity of non-specific and specific immune cells. These properties of the LAB depend on the particular species or strain of bacteria. LAB belongs to a group of beneficially acting bacteria and they are able to eliminate pathogens that cause damage to the gut microenvironment; they stimulate local and systemic immune responses and they maintain the integrity of the gut wall [5].

Probiotics help in curing and reducing different types of diarrhea cure Lactose intolerance, lowering Cholesterol levels, exhibiting anticancer properties, treating of gut disorders and uro-genital tract infections. Certain Lactic acid bacteria have ability to survive in tough conditions of stomach and small intestine and are resistant to acid and bile [6]. Antibiotic associated diarrhoea, Rota viral diarrhoea, Diarrhoea caused by Clostridium difficile, acute diarrhoea can be treated effectively using probiotic strains which improve the intestinal immunity. The beneficial effects are due to metabolic products produced by them [7]. The strains LGG and B. Lactis (BB-12) for prevention and L. reuteri SD 2222 were used for treatment of acute diarrhoea caused by rotavirus in children [8]. Probiotics potentially fights against lactose intolerance by producing β-galactosidase which provides the mechanical protection of lactose during gut transit and enzyme released into small intestine thereby promoting the lactose digestion [9]. It was suggested that consumption of functional foods and non-dairy probiotic foods reduces the Lactose intolerance [10]. Probiotics are also used in the prevention of H. pylori infection in animal models [11]. The probiotic strains used in yoghurt BB-12 and La5 (AB-yoghurt) eradicate the colonization of H. pylori [12]. The L. salivarius acts against H. pylori infection in mouse [13]. The gut disorders like inflammatory bowel disease – Pouchitis, Crohns disease caused by gut bacteria was prevented using VSL#3 which contains four Lactobacillus species, three Bifidobacterium species and Streptococcus salivarius species that inhibits colonization of pathogenic bacteria in the gut [14].

Probiotics help in assimilating cholesterol levels. Dairy products containing L. acidophilus reduces cholesterol deposition in the body [15]. Probiotic bacteria can ferment indigestible carbohydrates and produce short chain fatty acids in the intestine thus inhibiting cholesterol synthesis in liver and/or redistribute cholesterol from plasma to liver thus reducing cholesterol content in the blood. Deconjugation of bile salts leads to obstruction in cholesterol absorption from gut [16-18]. Antitumor properties of probiotic strains studied long back and these lower the risk of tumors [19]. Probiotics are commonly associated with foods like milk, yoghurt, cheese and whey. Dairy products are considered as an ideal vehicle for delivering probiotic bacteria into human gut [20,21].

The potential of probiotics in improvement of human health through treatment of gastrointestinal disorders has been well established in the recent years. Probiotics have exhibited treatment potential for GIT related illness such as diarrhea, Inflammation and Helicobacter pylori infection, lactose intolerance, atopy and asthma, candida infection, HIV, NEC, IBS and Oral cavity infections [22]. Different countries all over the globe have to adopt the routes of improving the gut health throughout the human lifespan by using Probiotics. 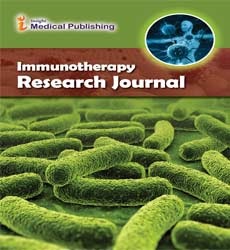