Identification of group specific motifs in Beta-lactamase family of proteins

Ten halophilic (two Gram-negative) bacteria belonging to the Halomonadaceae and (eight Gram-positive) belonging to the Bacillaceae have been isolated from the Red Sea, the Arab Gulf and the Dead Sea using a high salinity medium, accompanied by 16S rRNA recognition. Four of the isolates were classified as high salinity based on their tolerance. The isolates had 97% homology to Halomonas aquamarina, 97% homology to Sediminibacillus sp., (Red Sea), 94% homology to Halobacillus sp., (Arabian Gulf), and 98% homology to Halobacillus dabanensis (Dead Sea), respectively. 1H-NMR spectroscopy was used to determine accumulated osmolytes of H. Sediminibacillus sp. Aquamarina, Halobacillus sp. And and H. Dabanensis grown in a saline nutrient medium with varying levels of NaCl and a variety of organic sources. In H.,scenario. Concentrations of aquamarina, betaine, and ectoine increased at high salinity. Betaine, by comparison, was found when casein and peptone were used as sources of nutrients, while ectoine was generated in the presence of peptone. Betaine was the only osmolyte produced at high salinities in the case of Sediminibacillus sp., while betaine and ectoine were produced when peptone and cashein were used. Betaine was the only osmolyte produced in Halobacillus sp. at high salinities, while betaine and ectoine were produced in the presence of peptone and casein. Finally, in H's case. Dabanensis, only betaine accumulated in the presence of elevated salinities and other organic nutrient sources. 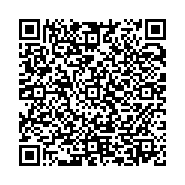