When determining the degree of bio similarity between biological products, bioassays are crucial. Bioassays and comparability studies are required to demonstrate that a bio similar product differs in no significant way from the reference product in terms of safety or efficacy. Fc-mediated functions, which because immune-cell activation and have the potential to impact both safety and efficacy are one of the most significant biological properties of therapeutic mAbs. As a result, it is necessary to use a variety of bioassays to compare the Fc-mediated functions when developing bio similar products of therapeutic mAbs. Although it has been reported that therapeutic mAbs' Fc-mediated cellular activations are influenced by FcR polymorphism, the effects on bioassay performance are still unknown.

The characterization of biological products necessitates bioassays. Therapeutic proteins, like therapeutic Monoclonal Antibodies (mAbs), are made by living cells. Certain quality characteristics, like post-translational modifications and impurities, may vary from one batch to the next. These quality attributes are frequently affected by changes to the manufacturing process. To estimate the comparability of products before and after a change, it is helpful to compare biological activity using appropriate bioassays. In the creation of bio similar products, the evaluation of biological similarity is also crucial.  Bio similars are biological products that have a high degree of quality, safety, and efficacy similarity to their reference products; they are created after the exclusive period of a reference product has ended. Because bio similar products are developed by different businesses with different production substrates, gene expression vectors, culture conditions, and purification procedures, it is difficult to produce products that are identical to a reference product but have different quality attributes. Post-translational modifications, product-related substances, and impurity profiles can all have different effects on physicochemical properties, biological activities, and immunogenicity. Therefore, in order to establish comparability between a bio similar and its reference product, the entire body of evidence, including analytical, nonclinical, and clinical similarities, must be demonstrated. A comprehensive comparability study of the critical quality attributes, whose variability is associated with the safety and efficacy of biopharmaceuticals, is therefore essential for the creation of bio similar products. Particularly, bioassays are crucial in demonstrating that a bio similar does not have any significant differences that affect its safety or effectiveness in both nonclinical and clinical outcomes. Fc-mediated effector functions are one of the most significant biological characteristics that affect therapeutic mAbs' efficacy and safety. Fc-mediated effector functions, such as antibody-dependent cellular cytotoxicity, depend heavily on Fc receptors. MAbs attached to a cell-surface antigen interact with FcRs on effector cells like neutrophils, macrophages, and natural killer cells to cause these cells to become cytotoxic. A suppressing FcR and four types of activating FcRs are present in humans. Human primary cells, such as human peripheral blood mononuclear cells for ADCC, are typically utilized for bioassays of Fc-mediated functions of therapeutic mAbs due to the significant differences in the characteristics structures, binding affinities, and binding specificities of FcR family molecules between humans and other mammals. Fc-Rs binding assays utilizing recombinant human FcRs and cell-based assays utilizing Fc-R-expressing reporter cell lines have also been utilized as surrogates to evaluate Fc-mediated cellular responses in order to overcome the drawbacks of human primary cell-based bioassays, which include poor robustness and reproducibility, complicated handling, and high cost [8, 9].For the purpose of verifying the comparability of mAb bio similars' Fc-mediated functions, these bioassays of FcR-binding affinities and activation properties are absolutely necessary.

Bioassay Performance in Estimating the Comparability

Fc-mediated effector functions are influenced by mAb characteristics, including post-translational modifications like glycosylation and oxidation. Fc-mediated effector functions depend on the structures of N-linked glycan at Asn297. Afucosylated glycan, or N-linked glycan without core fucus, play a crucial role in FcRIIIa-mediated immune responses like ADCC. Additionally, characteristics of FcRs and mAbs have an impact on FcR-mediated immune cell activations. Human FcRs are known to have polymorphisms, some of which affect mAb-mediated Fc-mediated cellular activations caused by differences in binding affinity. Human FcRIIIa, for instance, has polymorphisms that affect its binding affinity to mAbs FcRIIIa-158V, high affinity and FcRIIIa-158F, which has a low affinity. When compared to FcRIIIa-158V, afucosylation of mAbs was found to have a significantly greater impact on binding affinity. As a result, we were concerned that bioassay performance in estimating the comparability of therapeutic mAbs might be affected by FcR polymorphisms. However, the impact of FcR polymorphisms on a bioassay's capacity to evaluate the comparability of a bio similar is still unknown, and very few studies have taken into account the impact of FcR polymorphisms on bioassay performance. We looked at how the FcRIIIa-158V/F polymorphism affected the results of various bioassays using model mAb samples with varying affinity for FcRIIIa. The results of the recombinant protein FcRIIIa-binding assay and the activation reporter assay were clearly affected by the FcRIIIa-158V/F polymorphism. According to these findings, the effects of Fc-RIIIa-158V/F polymorphisms on the performance of bioassays should be taken into consideration when determining whether or not bio similar is comparable to their reference products. To determine the toxicity of complex mixtures like wastewater, whole animal exposures are used in whole effluent toxicity testing. There are typically four apical endpoints included in these evaluations: mortality, expansion, growth, and reproduction. To replace, reduce, and improve the use of animals in research, there has been a shift toward alternative approaches that adhere to the three Rs. In contrast to in vivo assays, in vitro bioassays can be a low-cost, high-throughput, and ethical alternative. In addition, they may include additional environmental-relevant endpoints that are more sensitive than traditional toxicity tests. However, before these endpoints are incorporated into regulatory frameworks, it is necessary to establish their ecological relevance. This is the second part of a two-part review that aims to find in vitro bioassays connected to ecologically relevant endpoints that could be used in WET testing. The non-apical endpoints that should be included in WET testing are the focus of this review's second part. Seven additional toxic outcomes were discovered in this review, in addition to the four apical endpoints discussed in Part 1.xenobiotic metabolism, carcinogenicity, endocrine disruption, oxidative stress, inflammation, immunotoxicity, and neurotoxicity.  A toxicity pathway was used to connect each individual's in vitro molecular or cellular response to the organism's response. Bioassays that could be used in WET testing were selected from literature from 2015 to 2020. 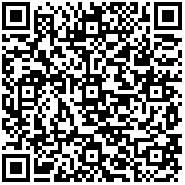