Copyright: © 2021 Namera T. This is an open-access article distributed under the terms of the Creative Commons Attribution License, which permits unrestricted use, distribution, and reproduction in any medium, provided the original author and source are credited.

About all those diseases that attack human’s rabies is an example of the best known. Its exclusive notoriety is unusual when assessed on its influence medially; on the human society. The present study was carried in Srinagar district. Diverse sampling plan / data collection strategy were formulated to fulfill the set of objectives. Epidemiological pattern and occurrence of dog bites was collected from the secondary information. As all such cases are shouldered by the most reputed and super specialist hospital in the Valley i.e. Shri Maharaja Hari Singh hospital, the information recorded for such cases were collected from this institute. Regarding perception of people interview schedule was formulated. As per Srinagar Municipal Corporation (SMC), the city is divided into two divisions; four zones and 34 wards. To exploit the diversity of population response, all the four zones were considered for the present investigation. Further the major factors associated with increased dog population two sources i.e. primary and secondary sources had been utilized for identifying the likely factors responsible for increased dog population. These factors primarily incorporated garbage management, specific control measures for dog population by stakeholders and perception of people. Secondary source includes Srinagar Municipal Corporation, for collecting the relevant information.The Majority, (74.27%) victims were males. Most (26.68%) of them belonged to 30-40 year old group. The majority, (76.11%) of the cases were reported in the same day. Utmost cases were bitten at evening (62.90%) and had also reported (50.83%) at the same time. The majority, (56.60%) had bites on legs.Majority males (78.94%) had bites on face and females (30.93%) had bites on hands, arms and shoulders. Majority (70.16%) had category 3 bites. West zone had recorded (28.95%) the highest number of cases. The summer season had also recorded (29.30%) the highest number of cases. Regarding knowledge of non victimized people it was seen they were aware, but they lacked a complete perception of rabies. The greater parts of respondents had heard of rabies and were awake of its spread through dog bites; however they lacked the information about the other animals transmitting rabies. This faction has enhanced communication and information regarding what is happening in their dwelling, counting dog bites as well. Bite was being mentioned by most of the respondents as a means of transmission but only some of the respondents mentioned scratches and licking as the method of transmission. This could be due to lack of complete acuity of the disease rabies. In our community rabies is well-known as mad dog (halkaer houn) which is allied through aggression. Aggression was thus known by most of the respondents which is in stroke amid the verity that furious form of rabies is widespread in animals. Regarding about the treatment, the majority were aware that the SMHS hospital provides vaccines 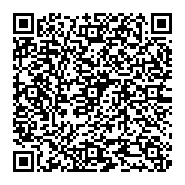