Tuberculosis (TB) is one of the most ancient diseases of mankind and has co-evolved with humans for many thousands of years or perhaps for several million years.[ The oldest known molecular evidence of TB was detected in a fossil of an extinct bison (Pleistocene bison), which was radiocarbon dated at 17,870±230 years ; and in 9000, year old human remains which were recovered from a neolithic settlement in the Eastern Mediterranean. Although as early as 1689, it was established by Dr. Richard Morton that the pulmonary form was associated with “tubercles,” due to the variety of its symptoms, TB was not identified as a single disease until the 1820s and was eventually named “tuberculosis” in 1839 by J. L. Schönlein. In 1882, the bacillus causing tuberculosis, Mycobacterium tuberculosis, was discovered by Robert Koch; and for this discovery, he was awarded Nobel prize in physiology or medicine in 1905. Tuberculosis is caused by a group of closely related bacterial species termed Mycobacterium tuberculosis complex. Today the principal cause of human tuberculosis is Mycobacterium tuberculosis. Other members of the M. tuberculosis complex that can cause tuberculosis include M. bovis, M. microti and M. africanum. M. microti is not known to cause TB in humans; infection with M. africanum is very rare, while M. bovis has a wider host range and is the main cause of tuberculosis in other animal species. Humans become infected by M. bovis, usually via milk, milk products or meat from an infected animal. It is estimated that in the pre-antibiotic era, M. bovis was responsible for about 6% of tuberculosis deaths in humans.

In spite of newer modalities for diagnosis and treatment of TB, unfortunately, millions of people are still suffering and dying from this disease. TB is one of the top three infectious killing diseases in the world: HIV/AIDS kills 3 million people each year, TB kills 2 million and malaria kills 1 million. Even though tubercle bacilli was identified nearly 130 years ago, a definitive understanding of pathogenesis of this disease is still deficient. Although it can affect people of any age, individuals with weakened immune systems, e.g., with HIV infection, are at increased risk. Since the immune system in healthy people walls off the causative bacteria, TB infection in healthy people is often asymptomatic. This bacterium lives and multiplies in the macrophages, thus avoiding the natural defense system in the patient's serum.

According to WHO, TB is a worldwide pandemic. Among the 15 countries with the highest estimated TB incidence rates, 13 are in Africa, while half of all new cases are in six Asian countries, viz., Bangladesh, China, India, Indonesia, Pakistan and Philippines. A WHO fact sheet dated March 2010 on tuberculosis stated that overall one third of the world's population (over 2 billion) is currently infected with the TB bacillus. According to it, every second, someone in the world is newly infected with TB bacilli and 1 in every 10 of these newly infected people will become sick or infectious later in life. Since concurrent infection with HIV weakens the immune system, people with co-infection of HIV and TB are much more likely to develop TB; it is a leading cause of death among HIV-positive people. In Africa, HIV is the single most important factor contributing to the increase in the incidence of TB since 1990. The same fact sheet stated that in 2008, globally speaking, there were 9.37 million new cases of TB, with the African region and the Southeast Asian region (SEAR) having a share of 30% and 34%, respectively. However, the estimated incidence rate in Sub-Saharan Africa is nearly twice that in the SEAR with over 350 cases per 100,000 individuals of the human population. In the same year 2008, an estimated 1.3 million people died from TB. The highest number of deaths was in SEAR, while the highest mortality per capita was in the African region. The global community woke up to this disease when, in 1993, WHO declared TB as a global emergency. It was estimated that by 2004, the world as a whole would have achieved the Millennium Development Goal (MDG) of halting and reversing the incidence to half of its 1990's prevalence and mortality rate. Now the revised time limit to achieve that MDG is by 2015.

Directly observed treatment-short course (DOTS) is an internationally recognized strategy for delivering the basics of level. 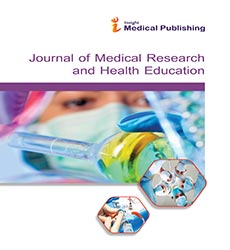