E-babe - Pathogenesis of Fungi & Disease They Cause

Fungal pathogenesis is a process by which fungi is able to infect and cause illness, fungal infection in a host cell. There are millions of fungus species available on earth but only few (600-700) are able to invade hosts with immune compromised patients. Infectious diseases caused by fungi are called mycoses & often chronic in nature. Some mycotic infection are superficial & some involve the skin but fungi may also penetrate skin causing subcutaneous infection. Fungi rarely cause disease in immune competent hosts. Enzymes such as keratinase, the presence of capsule in cryptococcus neoformans, and the ability to grow at 37°C, dimorphism, and other as yet undefined factors contribute to fungal pathogenesis which involves a complex interplay of many fungal and host factors. Most of the fungi that infect humans and cause disease are classified by tissue or organ levels that are primary sites of colonization. Candidiasis, cryptococcosis, aspergillosis, coccidioidomycosis (valley fever), histoplasmosis, Tinea cruris, Tinea capitis, Tinea pedis & so on… are major diseases caused by different fungal species that weaken the immune system and are at greater risk for serious infections requiring treatment. Fungal diseases includes studying the basic biology of the organisms & helps to develop vaccines and better ways to diagnose, treat, and prevent those fungal infections. 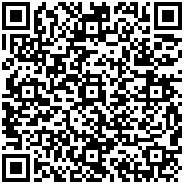