Do We Only See the Hips, the Kidneys, or Just the Patient?

Introduction: Elective surgery is a large part of the workload of any hospital. The intersection of that cohort of patients with Chronic Kidney disease (CKD) patients encompasses a vast number of patients, and it is this interaction which we are interested in.

Surgery is known to affect kidney function, partially due to the effect of anaesthetic, partly due to blood loss and partly due to nephrotoxic drug usage. CKD patients are therefore at risk of declining renal function during and after surgery. Given that elective surgery allows clinicians to plan surgery in a controlled environment, patients with known Chronic Kidney disease are in a position where they can be both consented to the possibility of worsening kidney function, and subsequently followed up to monitor their renal function after surgery.

Methods: Our service evaluation looked at 568 elective surgery patients at one hospital in East Anglia in the UK.

Conclusion: We recommend 30 days follow up renal function tests on all CKD patients, and appropriately consenting patients of the possibility of declining renal function. It seems salient to repeat this data collection to ascertain the magnitude of the effect when all the data is available.

Elective surgery is a major aspect of the work that any advanced medical system undertakes, representing close to 1.9 million operations in the UK’s NHS in 2016 alone [1]. Besides reducing bed occupancies, it tends to decrease complications, mortality, return to theatre and therefore cost [2,3]. Not to mention that, for a patient, the ability to plan their lives with foreknowledge is a major draw. In an emergency, it is questionable just how informed consent is; in an elective scenario, there is plenty of time to think and rethink.

In this context, with time on both a surgeon’s and a patient’s side, consideration of other co-morbidities is both possible and important. Chronic Kidney Disease (CKD) is a growing problem [4,5], exacerbated by the rising numbers of people with Diabetes Mellitus, and the growing prevalence of elderly patients. In England, it has been estimated to represent between 6% to 8.5% of the population [6]; in a hospital, this percentage would be even higher proportionately. It seems pertinent when operating on a patient, therefore, that we consider this not insignificant co-morbidity as a factor. This is two-fold: first, that CKD affects a patient’s long-term mortality, which may change the decision whether to operate. More pertinent for our study here, though, is that surgery is known to have an effect on renal function [7,8], and as a result in preexisting renal impairment, CKD is worth considering. In this service evaluation, we endeavour to ask whether CKD patients attending for elective surgery have a change in eGFR postoperatively. Hypothecating, it seems likely that surgery would affect patients’ renal function given the vasodilating effect of anesthesia, surgical blood loss, as well as the widespread use of nephrotoxics as interventions during and after surgery. If that is the case, patients should be made aware of the possibility of this.

British law is crawling towards a more patient-centred approach to consent. Recent court judgements have rendered the days of generic consent to be bygone [9]. Adapting consent to a patient’s specific characteristics is not avoidable anymore. This study looks at a specific cohort to understand the extent to which patients should be made aware of the possibility of their CKD changing as a result of elective surgery.

We looked at elective surgery patients at Peterborough City Hospital, UK, attending for surgery in January and February 2016. These months were chosen because of their recent occurrence and the large number of operations over that period, across a wide variety of surgical specialties. Data was collected using the hospital platforms ICE and Evolve. We looked at those patients who had CKD stages 3-5, and whether their eGFR deteriorated or improved at 7 and 30 days (and for comparison looked at whether those without CKD had changing kidney function). We allowed two days either side of 30 days to factor in weekends. For each patient, we looked at their age and sex. Then we stratified patients by type of procedure, length of stay, type of anesthesia and type of surgery. In addition, we looked at whether patients had any blood loss during surgery, and whether they received either gentamicin or an NSAID: these are known interventions that impact renal function. We also looked at their ASA score (a crude assessment of degree of co-morbidities), whether they had diabetes or hypertension, and whether they were on nephrotoxic medications.

Notable in this context is that there are no current guidelines available as to how elective surgical patients with CKD should be treated or followed-up, and therefore the criteria chosen were those deemed most relevant in this cohort.

Of the 568 elective patients, 57 had chronic kidney disease stage 3-5. Patients over the age of 70 predominated (Figure 1). By sex, there were 32 women and 25 men. 16 had diabetes mellitus, and 43 had hypertension. Most patients stayed for less than 5 days. As a measure of co-morbidities, 26 patients had an ASA grade of 2, 28 of grade 3, and 3 of grade 4. Interventions are recorded in Table 1. 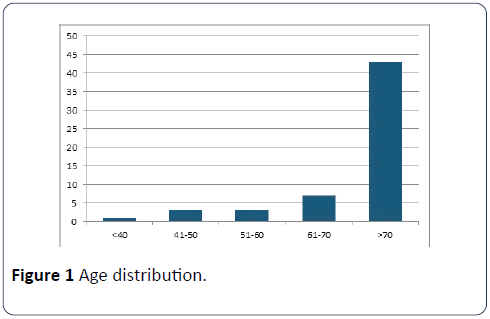 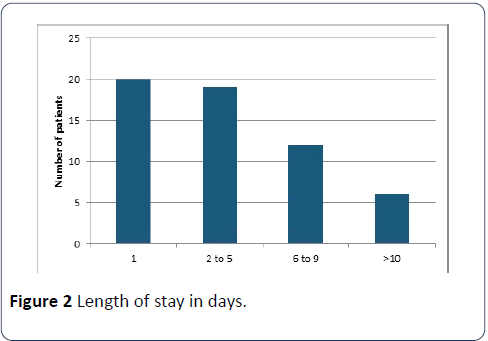 Figure 2: Length of stay in days. 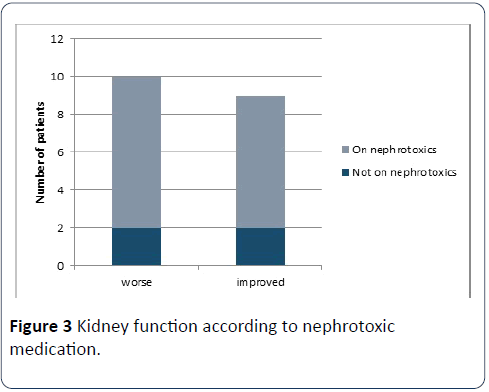 Of the 4 patients given NSAIDs during or post-surgery, one had worsening renal function at 30 days, while the remainder had no data available. Of the 30 patients given gentamicin during or after surgery, 6 had worsening renal function, 6 had improving function and the remainder had no data available (Figure 4). 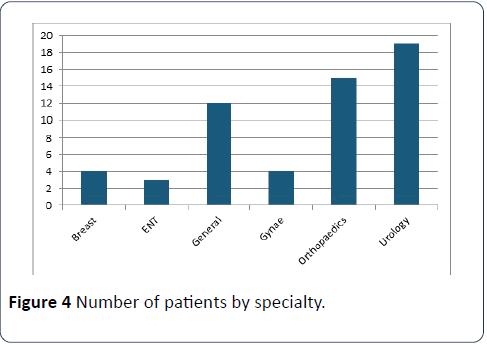 Figure 4: Number of patients by specialty.

Within 7 days, 8 CKD patients had improved eGFR (14.03%), and within 30 days 9 had better (15.79%). General surgery had more improved renal function patients than other specialties; they performed 21% of operations in the CKD group but had more than half of the improving patients (Figure 5). One patient’s renal function did not change at 30 days. For 68.42% of patients there was no data for kidney function within seven days (and 64.91% for 30 days) so it is not possible to know for sure the applicability of the above findings. 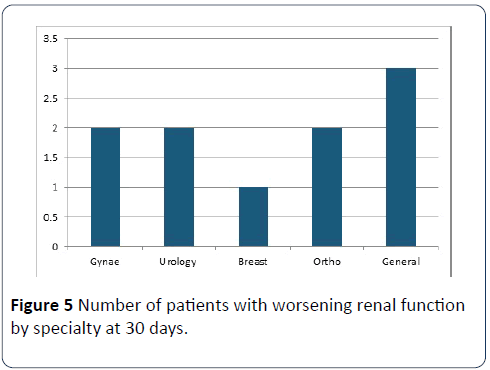 Figure 5: Number of patients with worsening renal function by specialty at 30 days.

The data provides us with a useful window into a significant co-morbidity, and how elective surgery impacts it. Some patients’ CKD was worsened by elective surgery. While this is not a factor on its own to prevent surgery taking place, it is important enough that a patient should be consented as to the possibility. Indeed, this is even more expedient the closer to needing Renal Replacement Therapy that a patient might be.

As noted above, while a deterioration in some patients and improvement in others was noticed in patients with the same intervention, with so much data unavailable, it is unclear exactly how significant the effect of these interventions is. With so many patients lacking 30-day eGFR results, the magnitude of the effect of elective surgery on renal function cannot be ascertained. If patients were receiving follow-up eGFRs, this service evaluation could be repeated, and results analyzed as such.

There are some other issues worth considering with the data collected. It is worth noting that, inadvertently, the data was collected for two months when junior doctor’s strikes were taking place in the UK, and as a result it is conceivable that some elective operations were cancelled in Peterborough. It is unlikely that this would have skewed the effect of surgery on CKD, however, but this could be confirmed by repeating the data collection for the same period in 2017.

Clearly, the effect outlined is only on elective surgical patients at one hospital in Peterborough. It is conceivable that a different cohort might respond differently to elective surgery. Alternatively, different surgeons and anesthetists might have practiced their procedures differently, with different interventions. It would be necessary to repeat this study elsewhere (possibly prospectively) before the results can be fully generalized.

On the basis of the results above, we recommend the following:

• Patients with CKD should not be prevented from having elective surgery because of this co-morbidity.

• Dose adjust Gentamicin according to eGFR and ideal body weight.

• Patients with CKD should have eGFR taken at 30 days, with follow-up as necessary with renal physicians.

We endeavour to repeat the data collection in a year’s time to see if our recommendations are implemented.