Copyright: © 2018 Mukta V, et al. This is an open-access article distributed under the terms of the creative Commons attribution License, which permits unrestricted use, distribution and reproduction in any medium, provided the original author and source are credited.

We are discussing a case report of one patient admitted in our department, who represented with ulceroproliferative growth on nose. Wide local excision was done and nasal reconstruction was done using an extended paramedian forehead axial flap. Patient underwent 2 stage nasal reconstructions, which led to a very satisfying nose both for the patient and for the surgeon.

In order to achieve a good functional and aesthetic outcome, we used a flap based on the right supratrochlear artery, which gave us the possibility to rotate the flap without compression of the pedicle. In such complex nasal defects, the best option, aesthetically and functionally, for the patient still remains the paramedian forehead flap, modified from the original version, and adapted to every case. This article provides a comprehensive approach for the reconstruction of complex nasal defects following tumor resection.

Nose occupies a prominent position in the center of the face making it particularly vulnerable to trauma and cutaneous malignancies [1]. There are several options to cover the post oncosurgical nasal defects [2-4]. We present an illustrative case of post tumor resection complex nasal defect reconstruction with an extended paramedian forehead flap with good function and cosmetic appearance.

A 65-year-old man; farmer by occupation; presented to our out-patient department with a complaint of ulceroproliferative growth over dorsum of nose for the last 1 year. There was history of rapid increase in the size of the lesion for the last 4 months. He also complained of pain and bloody discharge from the wound. He was a diagnosed case of hypertension and diabetes mellitus type 2 for the last 20 years but not taking the medications regularly. Tissue biopsy was performed 1 month back and it proved to be basal cell carcinoma (BCC) of nose. On examination, 2 × 3 cm single rodent ulcer with well-defined indurated margins was present over nose involving dorsum and bilateral sidewalls.

Template was made using the suture foil. An extended Paramedian forehead flap based on right supratrochlear artery was marked extending over right frontotemporal region. The pedicle was located about 2 cm lateral to the midline near the medial eyebrow. The base of the flap was designed 2.5 cm wide to include the pedicle. Incision was given using no. 15 surgical blade and flap was elevated in distal to proximal direction. In the distal part dissection was done in subgaleal plane and as we reached near the pedicle dissection was done in subperiosteal plane to include the vessel in the flap. Forehead flap was folded to provide the lining and skin cover using the same flap. At the site of fold about 2mm epidermis was removed for the inset of flap. Insetting was done using vicryl and nylon 4-0. Flap donor site was covered with partial thickness skin graft taken from the thigh (Figures 1 and 2) Postoperative recovery was uneventful. Donor site healed with good graft take and sutures were removed on post-operative day 10. Flap was healthy with acceptable nasal contour (Figure 3 and 4). After three weeks pedicle was divided and flap was inset. Massage with coconut oil (moisturizer) was advised at donor site.

The pedicle of paramedian forehead flap is located about 2 cm lateral to the midline near the medial eyebrow. The base of the flap is designed 1.5 cm wide to include the pedicle. Modifications include a narrower pedicle, ipsilateral rotation, subperiosteal dissection with periosteal scoring, and skin grafting at flap elevation site (Figure 3) Transferring hair at all times should be avoided as postoperative hair growth on the intranasal portion of the flap leads to frequent complaints by the patient and can be difficult to deal with. Paramedian forehead flap has luxurious blood supply and can be safely used in patients with uncontrolled diabetes and hypertension .It requires less operative time and less surgical expertise as compare to free flaps. Moreover it does not require any special post-operative care and monitoring. It provides excellent tissue with good color and texture match for the reconstruction of nose (Figures 4 and 5). Using folded forehead flaps to replace both the nasal lining and the external skin of complex, full-thickness nasal wounds can remove the requirement to line nasal defects with difficult intranasal mucosal flaps. The forehead flap can be folded upon itself to line the nasal vestibule, and architecturally important cartilage grafts can be added at a next step. If the flap is bulky then debulking can also be tried later on in local anesthesia and good contour can be achieved.

A well-executed forehead flap can result in the most naturalappearing and inconspicuous nasal reconstruction. In terms of color and texture, there is no other flap that approaches its suitability for skin matching. The limitation of the flap is centered upon the morbidity involved in the necessary staging of the operation.

Since its inception, the forehead flap has undergone a high level of innovation and change, making it the optimal choice for large nasal defects. It is traditionally limited to use for nasal defects that are too large to repair with other local flaps or full-thickness or composite grafts. It is considered the gold standard for all nasal reconstruction. Additional principles that have improved outcomes include maintaining an axial pattern whenever possible, utilizing the pedicle ipsilateral to the defect and extension of the flap at right angles across the forehead when extra length is necessary. 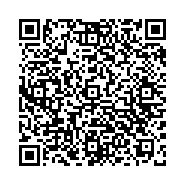