Visit for more related articles at Journal of Nephrology and Urology

ECGN (extra-capillary glomerulonephritis) is characterized by a more or less circumferential crescentshaped cell proliferation surrounding the glomerular flocculus. The prevalence varies between 2 and 10% of all nephrological conditions. With availability of a renal histopathology unit in Senegal since 2009, we conducted this work to study the epidemiological, clinical, paraclinical, therapeutic and evolutionary aspects of ECGN and to determine its factors of poor prognosis. Patient and method: This was a retrospective and descriptive study carried out in the nephrology department of Aristide le Dantec Hospital in Dakar and in the pathology anatomy laboratory of Grand Yoff General Hospital on a six-year period from January 1, 2010 to December 31, 2015, including all records of patients who had a ECGN diagnosed under an optical microscope, with a crescent percentage greater than or equal to 30%. Results: Forty-three cases of ECGN out of a total of 750 kidney biopsies were selected, giving a hospital proportion of 5.73%. The mean age of the patients was 32.53 ± 17.91 years with extremes of 4 and 70 years. Predominance was female with a sex ratio of 0.59. The duration of illness at admission was 53.2 days with (15 - 150 days). Edema of the lower limbs was present in 87.3%; hypertension in 53.5% and anuria in 25.6% which was a factor of poor renal prognosis (p=0.027). At the urinary strip, there was proteinuria or hematuria in respectively 44.2% and 32.6%. Extrarenal digestive events were noted in 55.8% of patients, followed by joint and cardiac manifestations at an equal percentage of 25.6%. The mean serum creatinine at admission was 79.4 ± 72.4 mg/l with extremes of 2.83 to 310.3 mg/l. It is correlated with a factor of poor renal prognosis (p= 0.040); the average proteinuria was 3.94 ± 3 g/24 h with (0.56 to 17 g/24 h). In immunology, serum complement was low in 4 patients; native anti DNA antibodies in 4 patients; ANPA positive in 8 patients; GMB (glomerular basement membrane antibodies (Goodpasture syndrom) positive in 1 patient and anti-nuclear antibodies (ANA) in 1 patient. Histologically, the mean number of “sealing bread” was 2.6 with (0- 24), without any statistically significant correlation found with other variables. At diagnosis, Type III of ECGN was noted in 48.9%; type II in 48.8% and type I in 2.3% of cases. The etiologies were vasculitis (48.9%), lupus (30.2%) and post-infectious glomerulonephritis (18.6%). Therapeutically, 97.7% of patients received symptomatic treatment (antihypertensives, diuretics, treatment of extra renal signs…) associated with conventional treatment (methylprednisolone, cyclophosphamide) in 72.1% of cases. Anuria, elevated serum creatinine, and circumferential arrangement of the croissants were the factors of poor prognosis. Conclusion: This study allowed us to determine the extent of the ECGN in Senegal. We note that in the absence of fast and adequate management of patient evolution is inevitably towards to end renal stage disease. 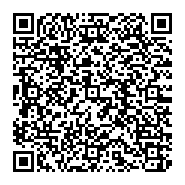 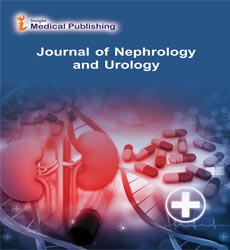