The most prevalent autoimmune rheumatic disease with a predisposition to osteoporosis and osteoporotic fractures is rheumatoid arthritis.1,Biological disease-modifying anti rheumatic drugs along with conventional synthetic DMARDs are the cornerstones of rheumatoid arthritis pharmacotherapy, where bDMARDs are potent suppressors of the chronic inflammatory process of the disease.3,4 This increased susceptibility is primarily caused by the underlying disease process, decreased physical activity, low Body Mass Index (BMI), and pharmacological treatment of the disease However, it is unclear how they affect the risk of osteoporotic fractures.

During the course of rheumatoid arthritis, certain pathophysiological processes can alter bone remodeling to favor more bone resorption and, ultimately, higher rates of osteoporotic fractures. t seems plausible that bDMARDs can reverse bone loss or protect against osteoporotic fractures in rheumatoid arthritis because pro-inflammatory systemic and local cytokines such as tumor necrosis factor, interleukin (IL)-1, IL-6, IL-17, macrophage colony-stimulating factor, and the imbalance between receptor activator of nuclear factor-B ligand and osteoprotegerin. Although only a few studies have failed to demonstrate a beneficial effect of bDMARDs in reducing fracture rates,10, 11, 12, 13 data from observational studies is limited. Clinical trials have shown inconsistent results for a protective effect of TNF inhibitors on bone health in rheumatoid arthritis by preventing hand or generalized bone mineral density loss at the hip or spine, although the number of patients included in the trials was small. There is an unmet need for additional information regarding the role of bDMARDs in rheumatoid arthritis fracture risk due to the lack of data from clinical trials, observational studies, and the high disease burden of osteoporotic fractures. As a result, we compared the effects of bDMARDs and no biological treatment on osteoporotic fracture risk in rheumatoid arthritis patients. A thorough comprehension of the disease's etiology as well as its molecular mechanism is necessary for the development of an effective treatment plan for any disease. The actual causes and mechanisms that lead to the onset and progression of Rheumatoid Arthritis (RA) are poorly understood. However, a chronic autoimmune disorder that primarily affects the lining of synovial joints is recognized to be the cause of this pathology. The synovial membrane exhibits an inflammatory phenotype and becomes more hypertrophic in patients with RA, whereas under normal circumstances, it is almost a cellular and consists of a thin layer of cells primarily composed of macrophage and fibroblast-derived cells. These include the activation and infiltration of various immune cells into the synovial tissue, primarily macrophages, T cells, and dendritic cells, as well as B cells, neutrophils, and mast cells, all of which are involved in the production of various chemical mediators and interleukins (ILs), which cause the tissue to become inflammatory. Preventing or sloweding down the progression of joint damage may require a prompt diagnosis. Rapid medical attention is required once RA pathology is confirmed to either reduce disease activity or achieve full remission. Patients may suffer joint damage and become disabled otherwise. Approximately 40% of RA patients who do not receive adequate treatment are unable to work within ten years of the disease's onset, according to recent research. Even worse, other pathological manifestations like pericarditis/pleuritis, keratitis, small vessel vasculitis, and pulmonary granulomas may develop if RA is not properly controlled.

On the other hand, a variety of strategies have been developed to treat RA or lessen its effects. The majority of them are treatments for inflammation. Indeed, the class of molecules known as Non-Steroidal Anti-Inflammatory Drugs (NSAIDS) and corticosteroids is widely used and has been shown to be very effective at relieving pain and stiffness in RA patients without slowing the progression of the disease. Another group of molecules used to treat inflammation are the disease-modifying antirheumatic drugs (DMARDs), which include conventional synthetic DMARDs, targeted synthetic DMARDs (tsDMARDs), and biological DMARDs. These molecules have shown that they can reduce the severity of the disease, which gives them the advantage of preventing or delaying joint deformity. However, new DMARDs with few or no side effects are currently the focus of research and development efforts. Other treatments, such as cell-based therapies, have recently emerged as new tools for the regeneration of injured tissues in RA patients. However, further research and a better understanding of the RA pathology are required. RNA-based therapy has recently emerged as an innovative approach to personalized medicine. Currently available treatments are primarily used to reduce joint inflammation, prevent irreversible bone destruction, and maintain joint function as much as possible. There is currently no effective cure for RA. Corticosteroids, various cell-targeted therapies, including T-, B-, and monocytes/macrophages-targeted therapies, and NSAIDs make up the majority of these treatments. But not all of these treatments work well for all patients, and using them for a long time could have serious side effects. As a result, efforts ought to be focused on developing novel, efficient solutions that have minimal or no side effects. In fact, new treatments are being developed, such as cell-based therapies like mesenchymal stem cell and tolerogenic dendritic cell therapy or natural compounds like cannabinoid-based drugs. The use of RNA therapeutics as a treatment option for rheumatoid arthritis has recently garnered more attention and demonstrated promise as a viable alternative to pharmaceuticals. The primary goal of this review is to provide an overview of the most recent research on the aforementioned conventional, contemporary, and emerging pharmacological treatments for RA.As a result, it provides an update on the various strategies that have been developed or are in the process of being developed with the goal of halting the progression of RA or enhancing the quality of life for patients with this autoimmune disease. By bone degrading osteoclasts and bone forming osteoblasts, continuous bone remodeling occurs during normal physiological processes. However, bone loss is typically observed in RA conditions. Osteoclast function dysregulation in conjunction with osteoblast cell suppression is the symptom. However, it has been demonstrated that macrophages are activated by CD4 cells, resulting in the production of proinflammatory cytokines such as IL-1, IL-6, and TNF-, as well as other cytokines that activate osteoclast genesis. However, the effective mechanisms that trigger bone loss are still unknown. The production of macrophage colony stimulating factor and receptor activator of nuclear factor-kB ligand from synovial joint cells are two signals that are thought to be involved in the process of osteoclast genesis. The fibroblast-like synoviocytes (FLS)'s production of cartilage-degrading enzymes is also stimulated by inflammatory cytokines that the macrophages secrete. Particularly noteworthy among these enzymes are the matrix metalloproteinase (MMPs), which serve as specific biomarkers for cartilage breakdown in RA. It has been reported that FLS can increase bone erosion by increasing osteoclast activity, which in turn can increase RANKL expression. 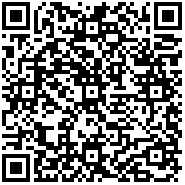