Copyright: © 2018 Neumann E. This is an open-access article distributed under the terms of the Creative Commons Attribution License, which permits unrestricted use, distribution, and reproduction in any medium, provided the original author and source are credited.

Inhibitory control is critical for the flexible adjustment of behaviour to changing environmental circumstances. Given the continuous flux of information competing for our attention in everyday life, some form of inhibitory modulation is required to enable us to ignore irrelevant or distracting information, while prioritizing what is momentarily relevant.

Inhibitory control is critical for the flexible adjustment of behaviour to changing environmental circumstances. Given the continuous flux of information competing for our attention in everyday life, some form of inhibitory modulation is required to enable us to ignore irrelevant or distracting information, while prioritizing what is momentarily relevant.

Such attentional selection abilities are particularly crucial in situations involving transiently designated target information which is simultaneously in conflict with rival non-target information. Perhaps nowhere is the necessity of such abilities more prevalent than in bilinguals who regularly use both of their languages. Numerous researchers have shown that there is parallel co-activation of lexical items from both languages whenever a bilingual identifies a word or plans to speak [1-3] for review see [4]. Cumulative evidence for such parallel coactivation has been demonstrated in a variety of ways including: studies employing words with similar phonology [5]; words presented in the context of a sentence [6]; and cognate words that overlap in form (not meaning) across translation equivalents [7]. It has even been shown that distinct language scripts fail to provide a satisfactory distinctive cue to prevent coactivation of the contextually irrelevant language during processing of the designated target language [8]. However, the critical mechanistic processes that underlie the ultimate choice of the momentarily appropriate word within a language, while preventing interference from an activated equivalent word from the non-target language, remain unclear.

Because language access in bilinguals undoubtedly requires highly efficient selective attention abilities, it is remarkable how few studies involve selective attention manipulations in this empirical domain. Converging research by Neumann and colleagues has addressed the mechanisms bilinguals engage to modulate both their languages and the words within them in a unique way by using a particular kind of selective attention task referred to as a negative priming task [9-12]. This task includes prime and probe displays that require responding to a target word in the presence of a non-target distractor word in each attentional display. Common priming manipulations involve attended repetition and ignored repetition conditions. These conditions are then contrasted with a neutral control condition in which all four of the words in the prime and probe displays are different form one another. In the attended repetition condition the target repeats from prime to probe, whereas it is the ignored distractor word that repeats in the ignore repetition condition.

Three different groups of bilinguals have contributed to our studies: English-Spanish, Chinese-English, and Twi-English (Twi is a native language of Ghana, Africa). By implementing crosslanguage priming manipulations and the selective attention facet into the design, we were able to track the consequences of processing a prime target word, as well as the conflicting prime distractor word on the response times to their translation equivalent concepts.

The strong implication from the remarkably consistent findings with these different groups of bilinguals was that two sources of inhibition were in operation: one at the local prime distractor word level and the other at the prime global language level. Local distractor word-based inhibition led to crosslanguage ignored repetition negative priming delay in responding, whereas entire language global-level inhibition led to the elimination of cross-language attended repetition positive priming. The latter finding makes sense in light of the prime language becoming irrelevant and thus in conflict with the need to respond in the language required for the probe target word. Collectively, our cross-language work suggests that active suppression of irrelevant distracting information is a ubiquitous and highly flexible form of cognitive control.

Overcoming attentional competition generated by simultaneously conflicting stimuli has also begun to be addressed in cutting-edge neurophysiological research on selective attention and memory [13,14]. Our research explorations with bilinguals highlight the likely interconnections between attention, memory, and bilingualism within an original bio-psychological framework through the inhibitory mechanisms they share in common. 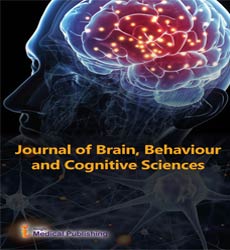