To evaluate in vitro the influence of the double wavelength lasers

Introduction:The aim of this study was to evaluate in vitro the influence of the double wavelength lasers Er,Cr:YSGG 2780nm (Biolase, WaterLase iPlus, Irvine, CA) and Diode 940nm (Biolase iLase, Irvine, CA) on bond strength of the epoxy resin-based sealer (AH Plus) to the root dentin, using the push-out test. Study design:Thirty-three extracted human mandibular and maxillary straight and single-rooted teeth were selected. The teeth were sectioned at the cemento-enamel junction perpendicular to the long axis. All the teeth were prepared using ISO 1-5 Gates-Glidden drills followed by Peeso drill ISO 6 and embedded in acrylic resin, after that they were cut with thin disc 1.1 millimeter thickness transversally to the long axis using low speed handpiece under constant water irrigation, then randomly divided to three groups (n=40). In group one, one milliliter of 5.25% sodium hypochlorite was used between every drill exchange for irradiating the canals. Group two was irradiated with ethylenediaminetetraacetic acid (EDTA) 17% and sodium hypochlorite (NaOCl) in order to remove the smear layer from the canals. In group three, the canals irradiated with 2780nm Er,Cr:YSGG laser usingradial firing tips (RFT2) (parameters: 1.25w, 50Hz, 60μs pulse duration, 50% water and 30% air, H-mode) and 940nm diode laser working at 1w, continuous mode delivered by 200μm diameter fiber in spiral movement from the apical to coronal portion at the speed of 2mm/sec four times and approximately 15 seconds between each irradiation at the end (AALZ Protocol). One root from every group was selected for scanning electron microscopy (SEM) analysis. Statistical analysis was performed using Shapiro-Wilk test and one-way ANOVA test. Results:statistically significant differences were observed in the group two (EDTA Plus NaOCl) compare two other groups(p<0.001) and there were no significant differences between laser and control group (p=0.987). The mode of failure in all group was the cohesion failure indicating the failure within the sealer. SEM examination confirmed the presence of a thick smear layer in group one and open dentinal orifices in group two and three. 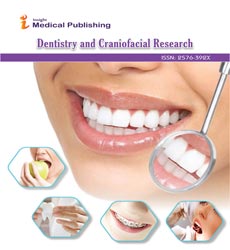