All of the limiting nutrients showed substantial temporal and spatial variation (p=0.05), with the majority of peak levels occurring during short and long rains. Despite the absence of green patches or algal scums on the surface of the reservoir, phytoplankton biomass was found to be extremely high and to vary significantly seasonally (p=0.05). Throughout the study period, blue green algae, particularly Microcystis and Anabaena, dominated the community (63%-95%), especially during the dry and brief wet months. The algal bloom was triggered by considerable temporal variations in transparency and high quantities of nutrients, according to this study. The year-round persistent turbidity, relatively high temperature, and low under-water irradiance promoted blue green algae, especially Microcystis and Anabaena species, which appear to be linked to the current algal bloom. 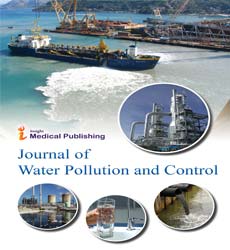