The Technology in Service of Protection, but Still with Needle Pain

Citation: Kury CMH (2017) The Technology in Service of Protection, but Still with Needle Pain. Immunother Res Vol.2 No.1:1

About 200 years ago, Eduard Jenner's successful experiment used less aggressive variants of the bovine pox virus and began inoculating children for protection against this disease. This initiative led to the official creation of the first vaccine, a term obtained from the Latin term vacca [1].

Analyzing the history of infectious diseases and its relation with the reduction of mortality in association with the increase in life expectancy, three factors are determinant for this success: basic sanitation, vaccines and antibiotics. Preventive health is the ideal model for the design of health models, it is verified that basic sanitation and vaccines have changed the course of history. In this way, epidemics and outbreaks could be solved with just one needle or a drop of vaccine, such as smallpox, the world's eradicated disease and poliomyelitis, a disease eradicated since 1994 in the Americas and almost eradicated in the world [1,2].

In addition, some infectious diseases challenge the protective nature of vaccines. A classic example is the influenza virus and its antigenic drift generating components every year, challenging the immune system and requiring a new vaccine with new components, but when the viral mutation takes the risk of spending a season with an animal. This is what occurred in 2009 with the Swine Flu or H1N1, arisen through antigenic fusion between the human influenza viruses in association with pig antibodies in a pig rearing in Mexico. Since then, the virus continues to make fatal victims [3].

Another important detail to be analyzed is the growing number of vaccines in the world. The technology at the service of vaccine creation seems to have no limits. As examples, we have conjugate vaccines, such as Pneumococcal 10 and 13 valent vaccines; meningococcal vaccine C and ACYW. These vaccines are a differential in the study of vaccines and emerged in the 1990s. It is explained that vaccines for encapsulated germs (Meningococcus, pneumococcus) causing pneumonia and meningitis are not capable of generating adequate immune responses. With the conjugation, they could generate a lasting response [1,4].

Another example is the new Meningococcal 4MenB vaccine for Meningococcus serogroup B. It is a new technology called reverse vaccinology, in which 3,000 meningococcal proteins were searched for 4 defense-generating proteins. After years we have a safe and a protective vaccine [4].

However, not all vaccines available on the market serve the Public Health System, and each country has its determinations regarding the vaccination schedule, with cost requirements, breadth of care of the program, epidemiological reasons and essentially the dogma of collective health study, which means the "minimum possible for the maximum of people" [2].

The vaccination gesture is a state of the art, although painful sometimes. That is why, despite all the complex engineering behind the vaccine construction processes, they are still made in the same way that Dr. Eduard Jenner did in the 18th century with needles. Most recently, new approaches are being tested and the most promising are "Nano patches," mini-plaster-like devices that contain more than 100 micro needles with the vaccine and are placed on the subject's skin without pain [5]. It is hoped that soon all vaccines will be like this, which will make the act of vaccinating not only protective but also without suffering. 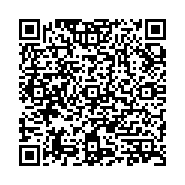