Sparkling plastic: Effects of exposure to glitter on the Mediterranean mussel

Micro beads and fragments have been widely studied, while glitter remains neglected by the literature although found in a variety product (e.g., body paints, nail polish, cosmetics, and craft products). The main aim of this study was to assess the effects of different types and concentrations of glitter particles on Mytilus galloprovincialis after 7 days of exposure. The experiment was divided into a preliminary test and a confirmatory test. Our findings support the hypothesis for a link between concentration and type of glitter particles, percentage of recovery and oxidative stress in Mytilus galloprovincialis. There was a significant correlation between particle length and percentage of particles recovered in water, suggesting that the digestive tract of Mytilus galloprovincialis retains smaller particles more. In addition, we noted an increase in antioxidant defense induced by smaller particles. Moreover, certain types of glitter crumbled and shortened in length, resulting in higher levels of oxidative stress biomarkers. Finally, the star-shaped glitter particles had a different effect on oxidative stress biomarkers. Further studies are needed to clarify the toxic effects of glitter on aquatic organisms and to quantify its proportion to other micro plastics in the environment. Environmental toxicology is a multidisciplinary domain of science, which occupies an important niche, overlapping the fields of toxicology, environmental health, and public policy. While studying the adverse health effects of chemical, biological, and physical agents on living organisms in the ecosystems, environmental toxicology focuses on humans and therefore plays an important role in addressing public health challenges. Over the years, environmental toxicology research has been providing tools and scientific evidence to policy-makers and the public in preventing substantially greater environmental degradation, including adverse human health impacts. 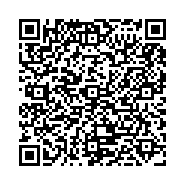