Some Operations and Properties of Neutrosophic Cubic Soft Set

In this section, we recall some well-established definitions and properties which are related to the present study.

Let U be the space of points with generic element in U denoted by u. An interval neutrosophic set A in U is characterized by truthmembership function tA, the indeterminacy function iA and falsity membership function fA. For each u∈U, tA (u), iA (u), fA (u) ⊆ [0, 1] and A is defined as

Let U be the space of points with generic element in U denoted by u∈U. A neutrosophic cubic set in U defined as

(U) as a notation which implies that collection of all neutrosophic cubic sets in U.

is said to be neutrosophic cubic soft set iff

is the mapping from K to the set of all neutrosophic cubic sets in U (i.e., C

(U) , where K is any subset of parameter set E and U is the initial universe set.

is said to be INCSS if for all ei∈ K E

is said to be ENCSS if for all ei∈ K E

Some theorem related to these topics

be a neutrosophic cubic soft set in U which is not an ENCSS. Then there exists at least one ei ∈ K ⊆ E for which there exists some u∈U such that

From the definition of ENCSSs, we have

There exists some u∈U such that

. Hence the proof is complete.

is both an INCSS and ENCSS in U for all u∈U, corresponding to each ei ∈ K, then,

be both an INCSS and ENCSS corresponding to each ei ∈ K and for all u∈U. We have

Again by definition of ENCSS corresponding to each ei K ∈ and for all u∈U, we have

is both an ENCSS and INCSS, so only possibility is that,

be two neutrosophic cubic soft sets in U and K1, K2 be any two subsets of K. Then, we define the following:

are two NCSSs then we define P- order as

iff the following conditions are satisfied:

are two neutrosophic cubic soft sets, then we
define the R-order as

iff the following conditions are satisfied:

corresponding to each ei ∈ K1.

be two NCSSs in U and K1, K2 be any two subsets of parameter set K. Then we define P-union as

be two NCSSs in U and K1, K2 be any two subsets of parameter set K. The P-intersection of

be two NCSSs over U. Then R-union is denoted as

. Then R-union is defined as

Let U be the initial universe and I, J, L, S any four subsets of E, then for four corresponding neutrosophic cubic soft sets 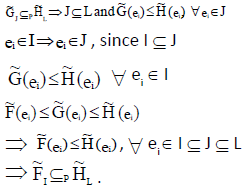 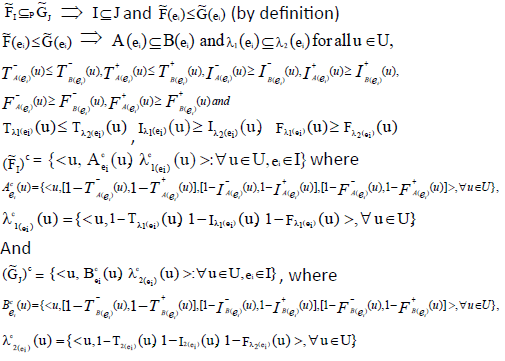 be a NCSS over U, 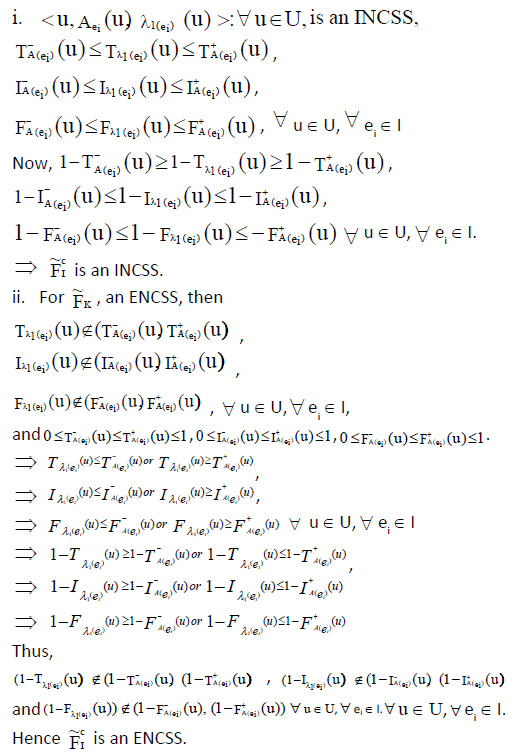 be any two INCSSs then

Now by the definition of P-union 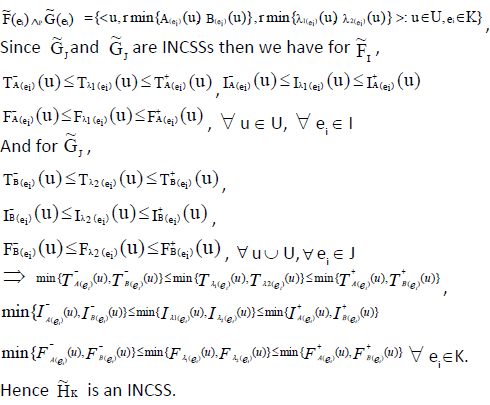 be any two INCSSs over U having the conditions: 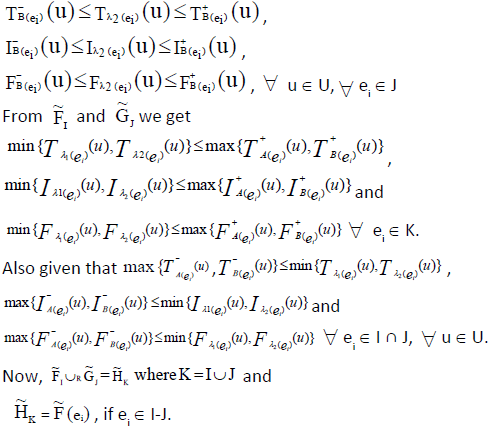 are INCSSs so from the given condition and definition of INCSS we can write,

be any two INCSSs over U satisfying the condition:

Thus from given condition and definition of INCSSs

be any two ENCSSs then

and are ENCSSs, we have

Now by definition of P-union,

be any two INCSSs in U such that

are two NCSSs in U. We defined new NCSSs by interchanging the neutrosophic part of the two NCSSs. We denoted its by

are INCSSs in U. Then

is an INCSS in U. 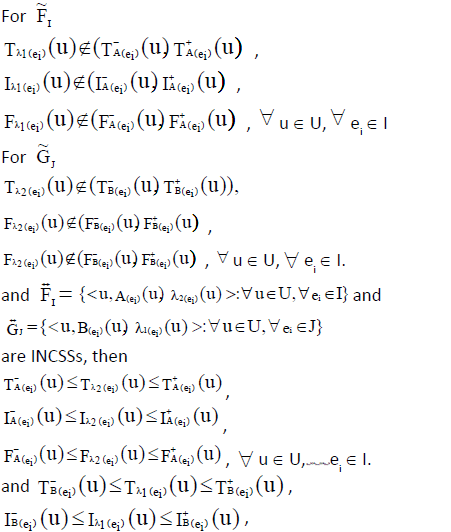 By the definition of ENCSSs and INCSSs all the possibility are as under: 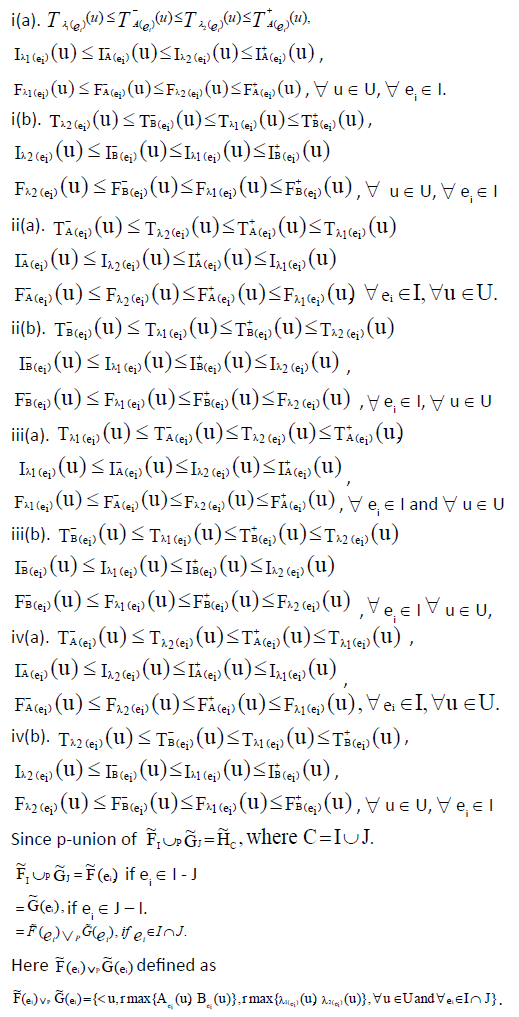 in all the three cases.

is an INCSS in U.