North East region referred to as “Paradise of the Botanist” exhibits a plethora of trees, shrubs, herbs, epiphytes, ferns, cryptogams and houses numerous rare, endangered, and endemic species. Bio-resources in North East India have been exposed to many challenges in recent years. 80% people are farmers relying heavily on agriculture. Weeds are the major problems in the agricultural fields. The cell walls of the Weeds are rich in the lignocelluloses contents which are a good source of sugar. Lignocellulosic materials consist mainly of three polymers: cellulose, hemicellulose, and lignin. These Lignocellulosic feedstocks may liberate sugars for fermentation after aggressive pretreatment to yield a substrate easily by hydrolyzing with commercial cellulolytic enzymes, or by enzyme producing microorganisms. For the collection of organic biomass, weed biomass is one of the easily available sources as compare to other plant products. Due to the favorable climatic condition there is a huge diversity of weed in the agricultural field of North east India which leads to the production of large weed biomass. Among the 60 recorded weeds of this region Ipomea carnea, Eichhornia crassipes, Mikania micrantha, Cassia occidentalis, Cassia occidentalis, Mimosa invisa, Mimosa pudica, Lantana camara, Leucaena leucocephala Chromalaena odorata, Ageraum conyzoides, Marsilea minuta, Saccharum spontaneum, Cyperus imbricatus Chloris barbata, Chromolaena odorata, Cleome viscose, Aeschynomene indica, Amaranthus spinosus, etc., are the lignocellulosic rich weeds of North East India. The lignin content in various weeds were recorded a minimum of 4.6±0.4% in Cyperus imbricatus to a maximum of 17.46±0.48% in Aeschynomeneindica. Cellulose contents were found to be more than the fiber of Jute plant in Leucaena leucocephala 57.36±1.8% which is acredible source of biofuels. Hemicellulose was recorded highest in the whole plants of Amaranthus spinosus 35.23±.23% and lowest in Cleome viscose 3.9±.32%. Due to the huge amount of Lignin, Cellulose and Hemicellulose in the weeds of the North East region, there is a tremendous scope of production of Biofuels which can solve the scarcity of the fossil fuels and also the agricultural problems. 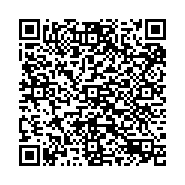