Mercury (Hg) exists in different chemical forms presenting varied toxic potentials. It is necessary to explore an ecological risk assessment method for different mercury species in aquatic environment. The predicted no-effect concentrations (PNECs) for Hg(II) and methyl mercury (MeHg) in the aqueous phase, calculated using the species sensitivity distribution method and the assessment factor method, were 0.39 and 6.5 × 10− 3 μg/L, respectively. The partition theory of Hg between sediment and aqueous phases was considered, along with PNECs for the aqueous phase to conduct an ecological risk assessment for Hg in the sediment phase. Two case studies, one in China and one in the Western Black Sea, were conducted using these PNECs. The toxicity of mercury is heavily dependent on their forms, and their potential ecological risk should be respectively evaluated on the basis of mercury species. Mercury (Hg) is a toxic element that exists in the environment and impacts human and ecosystem health even at extremely low concentrations. Both natural and anthropogenic sources are responsible for increasing the levels of Hg in aquatic environment. In the 1970s, Hg pollution appeared for the first time in the state of Michigan, USA (Taylor, 2000). The total Hg concentration in sea water in Vlora Bay of Albania was about 0.121 mg/L (Lodenius et al., 2004). In an 8-ha residential area in Southern Germany, there was a groundwater plume with a maximum Hg concentration of 230 μg/L (Bollen et al., 2008). A great deal of research on Hg pollution has also been conducted in China. For example, Hg concentration of 3.89 μg/L have been found in the Weisha River reach of the Songhua River, and average Hg concentrations of 1.61 μg/L have been found in water from the Gedian area (Hu, 2008) 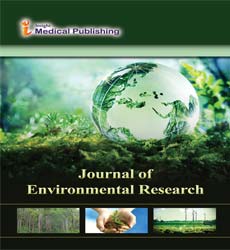