Morbidity and Mortality Due to Fungal Infections

Copyright: 2017 Pal M. This is an open-access article distributed under the terms of the Creative Commons Attribution License, which permits unrestricted use, distribution and reproduction in any medium, provided the original author and source are credited.

Mycotic diseases are global in distribution, but maximum cases are recorded from tropical and subtropical countries. Mycoses are important from public health and economic point of view. Globally, 800 million people in world have suffered from one or other types of fungal diseases. Aspergillus, Candida, Cryptococcus and Pneumocystis are important opportunistic fungi responsible for high mortality, especially in immunocompromised hosts. The source of infection is exogenous, and infection is mainly acquired by inhalation of infectious fungal spores from the saprobic environment. The demonstration of fungal agent and its isolation from clinical specimens is still considered the gold standard the diagnosis of mycotic disease. Several topical and systemic drugs are available for the management of disease. Continuous public health education programme about the growing role of fungi in human diseases is recommended. It is emphasized that routine application of Pal’s sunflower seed medium and Narayan stain will help the mycologists in the study of fungal infections. The development of safe, potent, and cheap chemotherapeutic agents are imperative for the management of mycoses, which cause life threatening disease. There is a need to undertake more comprehensive and systematic studies on the growing role of fungi in human health.

Fungi are eukaryotic, heterophilic, achrorophyllus, Gram positive, non-acid fast, saprobe and versatile group of living organisms. Fungi are widely prevalent in environment, and are recovered from air, water, soil, avian droppings, sewage, litter, grains, fruits, vegetables, bagasse, and wood [1,2]. There are about 250,000 species of fungi in our universe, out of which 300 are implicated as true or potential pathogens causing superficial to life threatening infections in humans as well as in a wide variety of animals. Several factors including global warming are associated with the emergence of mycotic pathogens in some regions of the world [3]. Many risk factors including HIV/AIDS, diabetes mellitus, tuberculosis, cystic fibrosis, cancer, catheterization, organ transplantation, burn, trauma, and prolonged use of antibiotic, corticosteroids and antineoplastic drugs can predispose the subjects to fungal infections [2]. The emergence of pandemic of HIV/AIDS is undoubtedly is responsible for the increased incidence of fungal diseases. Fungal diseases occur in both sexes, in all age groups, in all seasons, in rural and urban settings, in all climatic zones, and in every strata of society. Some of the mycotic diseases such as aspergillosis, candidosis, cryptococcosis, and zygomycosis can cause serious nosocomial outbreaks in newborn children, and immunocompromised patients [4]. Due to inadequate diagnostic facilities, the global incidence of mycoses in many regions of the world is not properly documented. However, attempt is made to compile information from available literature on the effects of fungi on human health. The present communication delineates in brief the growing role of fungi in morbidity and mortality in humans.

Fungal infections can be transmitted from the reservoir or source to a susceptible host in several ways. Respiratory tract is recognized as the prime portal of entry of most fungi, which cause pulmonary and systemic disease. Transmission can occur through inhalation of infectious fungal spores, traumatic implantation of fungal cells, direct contact with infected person/animal, and bite of animals [4,5].

Mycotic diseases occur in immunocompetent as well in immunocompromised hosts. Clinical manifestations of mycoses range from dermatitis to pneumonia, endocarditis, meningitis, peritonitis and osteomyelitis. The duration of fungal infections may range from 3 months to 27 years [2]. The onset of mycotic disease may be acute, sub-acute and chronic, and can occur in sporadic as well as epidemic form [6]. Mycoses are responsible for high morbidity as well as mortality both in developed and developing nations (Table 1). Dermatophytosis affects 200 million people worldwide. Global incidence of onychomycosis is estimated 10%. Mycotic keratitis caused by several fungi may contribute to blindness, particularly in African and Asian countries. Globally, about 1 million new fungal infections of eyes occur annually. It is mentioned that 50 to 75% women in child bearing age suffer from at least one episode of vulvovaginal candidosis each year [7]. There are 10 million cases of oral thrush and 2 million cases of esophageal candidosis in HIV/AIDS patients annually. The annual global incidence of Candida bloodstream infections is recorded 400,000 cases [8]. Aspergillus fumigatus, the principal cause of aspergillosis, is implicated in about 90% of cases, and results into 200,000 cases of invasive aspergillosis annually. Chronic pulmonary aspergillosis is diagnosed in 3 million people every year. Pneumocystis jirovecii, an important opportunistic fungus, affects over 400,000 persons annually with 13% mortality [9]. It is pertinent to mention that 40% cases of zygomycosis are encountered in diabetic patients. Zygomycosis due to Rhizopus oryzae affects over 10,000 persons annually. Systematic trichosporonosis is often fatal with a mortality rate of 70% [5]. Cryptococcosis kills approximately 6,25,000 people in the world annually [6].

In USA, 25,000 cases of coccidioidomycosis and 25,000 cases of histoplasmosis are diagnosed each year. Paracoccoidiodomycosis caused by a dimorphic fungus Paracoccoidioides brasiliensis, is estimated to cause about 4000 life threatening infections in Brazil, which carries a mortality rate of 5-27% (Table 1). The largest outbreak of sporotrichosis occurred in South Africa where 300 gold mine workers were affected [4]. There are over 8000 cases of Penicillosis due to Penicilium marneffei in Southeast Asia. It is pertinent to mentioned that 90% of the invasive fungal infections have been encountered in immunocompromised patients. The high mortality due to invasive fungal infections is of great concern.

There are challenges in diagnosing invasive fungal diseases. Radiological, mycological, immunological, histopathological and molecular techniques are helpful to diagnose mycotic diseases [4-6]. The efficacy of Pal’s sunflower seed medium [2] and Narayan stain [3] in the study of mycoses is well documented in the literature [4,5]. However, there are challenges in the diagnosis of invasive fungal infections. It is important to mention that over 90% of patients with pulmonary cryptocoosis were misdiagnosed and among them 50% were treated for pulmonary tuberculosis [6]. Hence, there is a need to develop low cost, sensitive, and specific tests, which can be easily performed in the laboratory of poor resource countries. A number of antifungal drugs such as Amphotericin B, Flucytosine, Fluconazole, Itraconazle, Ketoconazole, Posaconazole and Voriconazle are tried with varying success in the management of mycoses [6]. The prognosis in generalized case and meningoencephalitis is grave. It is advised that regular antifungal susceptibility testing will help to prevent treatment failure.

As fungi are ubiquitous in distribution, one can presume that every individual may have an opportunity to acquire the fungal infection from their immediate environment where the fungi grow as saprobe. That more than 80% patients with pulmonary cryptococcosis had a history of environmental exposure [6]. It is described fungal diseases are observed in many occupational groups such as veterinarian, physician, laboratory worker, zoo employee, livestock handler, dog owner, bird enthusiast, butcher, cave explorer, gardener, agriculturist, and florist [4].

Fungi have evolved as a major public health problem both in developed as well as under developing countries of the world. Recent years have shown global upsurge in the incidence of fungal infections because of rise in immunocompromised patients. Many opportunistic fungi can cause life threatening systemic infections in persons whose immune system is shattered. AIDS is considered as the major risk factor for mycotic infections. Candida species are the fourth most common cause of nosocomial bloodstream infections. Additional research on the epidemiology, diagnosis, chemotherapy, and vaccinology are needed to mitigate the incidence of mycoses.

I am very thankful to Prof. Dr. R.K. Narayan for going through the manuscript, and to Anubha for computer help. 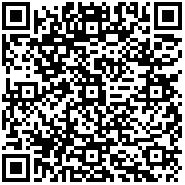