We report a case of babesiosis, caused by Babesia microti, in a missionary who worked in Equatorial Guinea but also visited rural Spain. The initial diagnosis, based on clinical features and microscopy, was malaria. The patient’s recovery was delayed until she received appropriate treatment for babesiosis. In March 2014, a 43-year-old woman with fever, chills, fatigue, and general malaise was admitted to the General Hospital of Douala, Cameroon. Giemsa-stained blood smears showed intraerythrocytic parasites, leading to a diagnosis of malaria. Over an 8-month period, she received 6 consecutive diagnoses of malaria; treatment with quinine, artemether, atovaquone/proguanil, or artemether/lumefantrine led to no clear improvement. Babesia spp., were detected by PCR. The short nucleotide sequence of a 157-bp fragment of the B. microti 18S RNA gene showed 100% identity with the B. microti Munich type. Because of this misdiagnosis, the patient was treated for malaria 6 times over 8 months. An accurate diagnosis and appropriate treatment for babesiosis was necessary to end this sequence of mistakes. Increased awareness of the possibility of babesiosis, together with appropriate diagnosis, may result in the discovery of more cases of babesiosis in malaria-endemic areas. 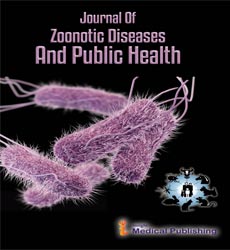