Mating system within the hybrid zone between Pinus sylvestris L. and P. mugo Turra in Slovakia

Spontaneous hybridization is generally recognized as one of the most important modes of speciation in plants. It has become the main topic in evolutionary biology since the second half of the 20th century, especially with respect to hybrid zones, the locations where hybrid individuals are found between species, subspecies, or varieties. Such a hybrid zone is an excellent opportunity for studying evolutionary mechanisms of hybrid speciation and divergence of hybridizing species. It may provide great insight into the factors that contribute to the development of reproductive isolation barriers, an issue that is critical to understanding the mechanisms of speciation. Hybrid zone populations between Scots pine (Pinus sylvestris L.) and mountain dwarf pine (P. mugo Turra) have been found in several locations in central Europe, including northern Slovakia. To understand their evolution and phylogeny, various morphological, anatomical, and molecular traits including DNA markers were used. In general, the studies provided solid evidence for their hybrid nature. However, little is known about their mating system and selection patterns, for example, whether the presence of hybrids is a result of disassortative mating or heterozygote advantage associated with these novel ecological niches. In this study, we analyzed the mating system within the hybrid zone in Zuberec using four reference populations of P. sylvestris and five populations of P. mugo. Based on five SSR (Simple Sequence Repeats) marker loci, we found that the hybrid zone generally represents a random mating population, as evidenced by an absence of significant positive values of Fis. There was only one marker locus with significantly decreased heterozygosity in all populations tested, including the hybrid zone in Zuberec. Because no null homozygotes were observed within the locus, the decrease in heterozygosity could indicate linkage disequilibrium with selectively important genes, such as mate choice loci that promote assortative mating. Nevertheless, the presence of hybrid individuals in the locality is indisputable. Despite this fact, our study shows that assortative mating may be common even within highly variable hybrid swarm populations with a unimodal distribution of genotypes. Heterozygote advantage as a mechanism of ecological selection should therefore be considered much more important in determining the genetic structure of natural hybrid zone. Keywords: hybrid zone, Pinus sylvestris, Pinus mugo, mating system, assortative mating, heterozygote advantage 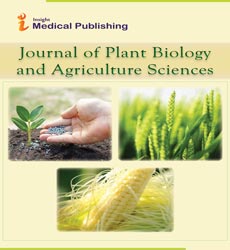