Mad Honey: Is It Useful or Dangerous?

Mad honey which is also referred to as bitter honey has usually reddish-brown color with unusual sharp and biting taste which is irritating to throat [1,2]. In fact, this honey is used in treatment of gastric pains, bowel disorders, hypertension and diabetic mellitus. It is also used as sexual stimulant [3]. But when consumed in average of 5-30 g, mad honey causes intoxication [4,5]. Sudden severe vertigo, visual disorders, hypotension, bradycardia, respiratory depression and altered mental status are the most frequently seen symptoms [5,6]. Intoxication is caused by the grayanatoxin content of the flowers which honey is produced, also called andromedatoxin, acetylandromedol or rhodotoxin [7]. Due to the fact that there is no standard amount of toxin in 1 g, amount of the honey giving rise to intoxication may be different [8]. Mad honey intoxication was first described in 401 BC by Xenophon, an Athenian author and military commander. In this report, he mentioned that soldiers who ate mad honey belonging to coastal Black Sea region (according to the amount of honey) had some characteristics such as drunken man, vomiting, diarrhea, and crazy or dying man [9]. No one had died after eating mad honey. They began to regain consciousness within 24 h and at the end of 3-4 days, they completely recovered [10].

Mad honey is produced by Rhododendron flowers belonging to Ericacea family found in various places such as Turkey, China, Nepal, Myanmar, New Guinea, Japan, Indonesia, Philippines and North America [4,11]. Although grayanotoxin producing plants are found in different countries, mad honey production may be not enough in all mentioned countries due to the fact that flowers with toxic content may not be present with great density [5]. Original source of mad honey is usually based on Black Sea region of Turkey or Nepal [11]. The genus Rhododendron is usually represented by Rhododendron ponticum, R. luteum, R. ungernii, R. smirnovii and R. caucasicum in Turkey [12]. Rhododendron luteum (Rhododendron flavum) and R. ponticum are mostly found toxic species in Turkey [13,14]. Due to the rapid transport and increasing interest of natural honey products, honey poisoning may turned out to be a global issue [4,7]. On the other hand, it is reported that mad honey is more toxic in spring season and sometimes include more grayanotoxin content than produced in other seasons [1,11,14]. The grayanotoxins are neurotoxins that leading an increase in the membrane permeability of Na channels and hyperpolarization in activation potential [8,11]. Grayanotoxins are diterpenes that have 18 types of grayanatoxins [14]. Grayanatoxin 1-IV is unique class of toxic diterpenoids among these types and grayanatoxin III (GIII) is the main toxic isomer, G1 and GII are other toxic compounds [3]. On the other hand grayanatoxin II is less toxic when compared to type 1 and III. While grayanatoxin 1 are responsible for cardiac effects, grayanatoxin III causes arrhythmia. The intoxication is rarely fatal and generally lasts for no more than 24 hours due to the metabolization and excretion are completed within 24 h [11]. Eroglu et al. investigated mad honey consumption in patients after discharged from hospital [15]. Authors reported that a great number of patients that were only monitored in an emergency room had continued to consume mad honey whereas patients that were under intensive care unit had discontinued. The differences between two groups in terms of mad honey consumption were statistically significant. There are some reports related to the effects of mad honey on experimental animals. In a study made by Onat et al. toxic honey extracts in 1 or 5 g honey/kg b.w were injected intraperitoneally to albino rats [16]. According to this study, dose dependent hypotension, bradycardia and respiratory rate depression were recorded. In a study made by Silici et al. the effects of grayanotoxins on antioxidant parameters in the rats fed with Rhododendron honey [17]. This study showed that administration of grayanatoxin III (GTX III) to rats at dose of 0.015 mg/kg and honey at dose of 2.5 g/kg caused negative effects on the antioxidant parameters in blood and all tissue samples. In addition, GTX III administration at dose of 0.015 mg/kg gave rise to lipid peroxidation.

Concluding it can be said that mad honey will be useful if its consumption does not exceed certain amounts. Otherwise, the emergency department of the nearest hospital must be gone. 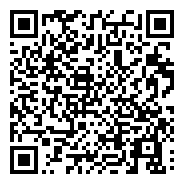