Introduction: Suicide is an important, largely preventable public health problem. The occurrence of suicide and suicidal behavior has been increasing dramatically. There is a growing recognition that the personality traits is important risk factor for intentional self- harm(suicide/ purposely self- inflicted poisoning or injury). This study was done to assess the personality traits in patients presenting with intentional self- harm and relationship of intent of the self- harm with personality traits. Material and Method: A cross sectional study was conducted in patients presenting with Intentional self-harm to tertiary hospital emergency department. Patients who met inclusion criteria and gave consent during six months period were included, Socio demographic information and detailed history was taken. The suicide intent scale and five factor model rating form were administered to the patients. Results: Most patients who presented with intentional self –harm scored median score of 4 (high) in anger hostility, selfconsciousness , impulsivity and altruism traits while in other traits they scored neutral score, which concluded that patients who presented with intentional self –harm were more bitter, short-tempered, timid, impulsive and sacrificial. The study showed that the relation of certain traits as anxiousness, impulsivity, vulnerability, gregariousness, ideas, trust, straightforwardness, altruism, competence, order and SIS grading was statistically significant (p=<0.05). Conclusion: Our findings suggest that patients who presented with intentional self –harm were more bitter, short –tempered, timid, impulsive and sacrificial. Further patients who committed intentional self-harm with low intent were more impulsive, vulnerable, outgoing, haphazard and sloppy as compared to those who committed with high intent who were rather more anxious and sacrificial. 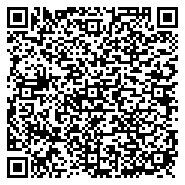