The rising global incidence of obesity cannot be fully explained within the context of traditional risk factors such as an unhealthy diet, physical inactivity, aging, or genetics. Adipose tissue is an endocrine as well as a metabolic organ that may be susceptible to disruption by environmental estrogenic chemicals. Since some of the endocrine disruptors are lipophilic chemicals with long half-lives, they tend to bioaccumulate in the adipose tissue of exposed populations. Elevated exposure to these chemicals may predispose susceptible individuals to weight gain by increasing the number and size of fat cells. Genetic studies have demonstrated that the transcriptional regulator inhibitor of differentiation-3 (ID3) promotes high fat diet-induced obesity in vivo. We have shown previously that PCB153 and natural estrogen 17β-estradiol increase ID3 expression. Based on our findings, we postulate that ID3 is a molecular target of estrogenic endocrine disruptors (EEDs) in the adipose tissue and a better understanding of this relationship may help to explain how EEDs can lead to the transcriptional programming of deviant fat cells. This review will discuss the current understanding of ID3 in excess fat accumulation and the potential for EEDs to influence susceptibility to obesity or metabolic disorders via ID3 signaling. Obesity is considered to be one of the most significant public health challenges of the 21st century. Population based studies have shown the association between obesity and metabolic disorders which include diabetes, insulin resistance, coronary heart disease, and fatty liver disease [2–5]. Obesity is a medical condition defined as the excess accumulation of body fat. The World Health Organization (WHO) stated in a previous report that approximately 650 million people were obese, 18 years and older in the world during 2016. 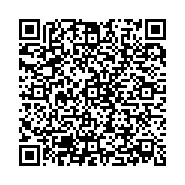