Formulation and Evaluation of Vanishing Herbal Cream of Crude Drugs

The purpose of the present research work was to formulate and evaluate vanishing herbal cream. Herbal creams offer several advantages over other creams. The majority of existing creams which has prepared from drugs of synthetic origin, such as acyclovir, triamcinolone, calcipotriene, mometasone, extras gives fairness to face, but it has several side effects such as itching or several allergic reactions. Herbal creams do not have any of these side effects, without side effects it gives the fairness look to skin. Method carried out to prepare herbal cream was very simple. Firstly, oil phase was prepared, the mixture of stearic acid (17%), potassium hydroxide (0.5%), sodium carbonate (0.5%) were melted at 700C. Secondly aqueous phase was prepared, mixture of alcoholic extract of crude drugs, including rhizomes of kachora plant, fruits of nagarmotha, fruits of pimpali, fruits of nutmeg, seeds of Jawas plant, rhizomes of turmeric, wheat grains and cereals of urid and harbhara (4.5%), glycerin (6%), perfume (0.5%), water (71%) heated at 70Oc. Then aqueous phase was added into the oil phase at 70Oc with continuous stirring. Now, once the transfer was completed it was allowed to come at room temperature all the while being stirred. Perfume was added at last just before the finished product was transferred to suitable container. The above prepared herbal cream was evaluated. The physical parameters such as pH, homogeneity by visual and by touch, appearance (color), rubout (spread ability, wetness), type of smear, emolliency were determined. Further studies are needed to investigate this formulation for its performance.

Now-a-days herbal extracts are used in the cosmetic preparations for augmenting beauty and attractiveness. Herbal cosmetics are classified on the basis of dosage form like- cream, powder, soaps, solutions, etc. and according to part or organ of the body to be applied for like; cosmetics for skin, hair, nail, teeth and mouth etc [11]. Creams are semisolid emulsions intended for application to the skin or mucous membrane. A low fat moisturizer that disappears into the skin is called as a vanishing cream. It softens skin, leaving nothing behind [5]. Vanishing cream are o/w emulsion based preparations containing aqueous phase and oil phase [6].

Depending on the proportion of water to grease, cream can be water miscible and washed away easily or be thick and sticky. It is perhaps the commonest prescribed topical medicament. As it is less oily, messy and sticky, most patients find it more user-friendly [7].

The traditional systems of medicine, evolved over centuries had been responsible for safeguarding healthcare of the world until the advent of allopathic system of medicine. As the latter system used knowledge of modern biology and chemistry, for both discovery and treatment, it found fast acceptability among the users and now it occupies predominant space in the area of health care. In spite of this, the contribution of the traditional preparations, which are normally polyherbal, is increasing because of the general impression that these products are safe; while the single-molecule based modern drugs used in allopathic system can have severe adverse effects [2].

The skin is the body’s first line of defense for external exposure. The signs of ageing are most visible in the skin. Although, ageing skin is not a threat to a person, it can have a detrimental effect on the psychology of a person1. Much of the premature ageing occurs as a direct or indirect result of skin’s interaction with the environment. Exposure to sunlight is a recognized as a major factor in the etiology of the progressive unwanted changes in the skin appearance [12]. Photochemoprotective agents are capable of preventing the adverse effects of ultraviolet radiation on the skin, which are caused by excessive generation of reactive oxygen species [9].

The objective of this research work was to formulate the cream which does not cause any side effects or adverse reactions. The cream also acts as a fairness expert in day to day life by removing aging signs. It also possesses nutritional value which provided required nutrients to the skin.

Steps carried out in the preparation of vanishing herbal cream were as follows [1].

All above mentioned powdered crude drugs of 5gms were taken into the conical flask and then100ml. of ethanol was added to it, then the conical flask was capped with aluminium foil. Then this mixture was placed for maceration for 5 days.

Alcoholic extract of crude drugs mentioned in step-1 (4.5%), Glycerin (6%), Water (71%) were taken into another porcelain dish and heated this mixture at 70°c.

The aqueous phase was added to the oil phase with continuous stirring at 70°c. Now, once the transfer was completed it was allowed to come at room temperature, all the while being stirred. Perfume (0.5%) was added at last just before the finished product was transferred to suitable container. Then cream was evaluated for various physical parameters.

The appearance of the cream was judged by its color, pearlscence and roughness and graded [13].

Accurately weighed 5 g of the sample was dispersed in 45 ml. of water. The pH of the suspension was determined at 27°C using digital pH meter [2].

The formulations were tested for the homogeneity by visual appearance and by touch [13].

Spread ability may be expressed by the extent of the area to which the topical application spreads when applied to the affected parts on the skin. The therapeutic efficiency of the formulation also depends upon its spreading value. Hence, it was found necessary to determine the spread ability of the formulation. For this purpose, ample (about 3gm) was applied in between two glass slides and they were pressed together to obtain a film of uniform thickness by placing 1000 gm weight for 5 minutes. Thereafter a weight (10gm) was added to the pan and the top plate was subjected to pull with the help of string attached to the hook. The time in which the upper glass slide moves over the lower plate to cover a distance of 10 cm is noted. The spread ability (S) can be calculated using the formula [2].

The determinations were carried out in triplicate and the average of three readings was recorded.

It was determined by applying cream on skin surface of human volunteer.

Determination of type of smear

It was determined by applying the cream on the skin surface of human volunteer. After application of cream, the type of film or smear formed on the skin were checked [8].

Emolliency, slipperiness and amount of residue left after the application of fixed amounts of cream was checked.

Determination of type of emulsion

The cream prepared was found to be of a yellowish green color and had pleasant odor.

The pH of cream was found to be 6.1, which is acidic value.

It was found that the cream was homogeneous and smooth and consistent in nature.

It was found that the cream was easily spreadable and moisturizes the skin surface of human volunteer.

It was found that the cream produced non-greasy film on the skin surface.

After observation, it was found that cream not left residue on skin surface after application.

The viscosity of cream was found to be 27025cps.

The cream was found to be of the O/W type emulsion by dilution and dye solubility test. 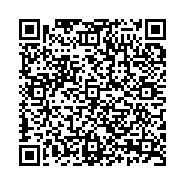