Solar concentrating power (CSP) has the advantage to provide heat that, it can provide daylong energy for many process applications; and it has significant potential for technological improvement and significant cost reduction. This presentation reports the technology development process using fixed focus solar concentrators for Water desalination and extraction of essential oils from medicinal and aromatic plants which are locally available in Oman. The experimental study is carried out on a solar concentrating reflector using Scheffler collectors to study its potential applications in thermal processing applications such as desalination and Extraction of essential oils from medicinal and aromatic plants. Scheffler Reflector is one of the most promising CSP systems which can be used for a variety of applications, where the localized quantum of thermal energy is required. The experiments were conducted to measure the pressure and temperature rise in the steam header connected to the receivers of the Scheffler reflectors. Two Scheffler's were used in the study and distilled water at atmospheric temperate of 29 o C and with an initial weight of the water as 40 kg. From the experimental investigating, it was found that, with beam radiation range of 700 to 850 W/m2 on a horizontal surface, the temperature at the steam header rose to 140 to 180 °C which would be used for traditional thermal desalination processor can be used to the steam distillation of medicinal and aromatic plants. The essential oil extraction units based on the hydro and steam distillation methods are integrated with fixed focus Scheffler concentrators that offer several advantages in the rural settings of Oman. This novel approach using solar energy is expected to reduce the dependency on conventional energy sources as well as environmental hazards while reducing the overall production cost. The temperature range and quantity of thermal energy in the form of steam is most suitable for desalination and essential oil extractions. The study concludes that the fixed focus concentrators provide an excellent opportunity for low energy applications as they also provide easy installations and operations. 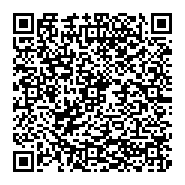