There is a Mythology from the past roman gods saying that the Saturn is the god of the universe as he stolen the position from kings of god his father Uranus and the thrown was stolen by Jupiter and later tradition of naming the planets was started after roman gods as Uranus is not discovered until 1800’s.

Ancient civilizations marveled at the wonders of the heavens thousands of years ago. These ancient people worshipped a variety of gods and frequently associated them with planets in the sky that they referred to as "wandering stars."

• Mercury is named after the gods' flying messenger, while Venus was the Roman goddess of love and beauty, so this brightly flashing planet has a fitting name.

• The only planet not named after a Roman god or goddess is Earth, which is linked to the goddess Terra Mater (Gaea to the Greeks). Terra Mater was the first goddess on Earth and the mother of Uranus, according to legend.

• The Roman god of war, Mars, is the planet's name.

• Jupiter was the Roman monarch of the gods and his planet was named by his appearance, which was the hue of blood.

• The Roman god of agriculture and harvest, Saturn was given the name Saturn.

• Uranus was Saturn's father and once reigned as ruler of the gods.

• The god of the sea Neptune was given his name. The colour blue was most likely the inspiration for the name.

• Although Pluto is no longer a planet, it was formerly the deity of the underworld.

As we know day by day the pollution is increasing the changes in the environment is gradually showing in different way of pollution. As we they are mainly occurred due to introducing hazardous materials to the nature so we need to come across all these stages and need to decrease the pollution and we need to save Mother Nature. As we need because of this pollution ozone layer is getting damaged which will leads to formation of black hole and this black hole will completely destroy the earth. So we need to raise a slogan regarding this as “SAVE EARTH SAVE ENVIRONMENT” so that people will at least get aware of what situation we are in. 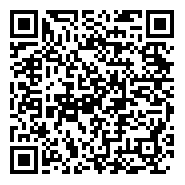